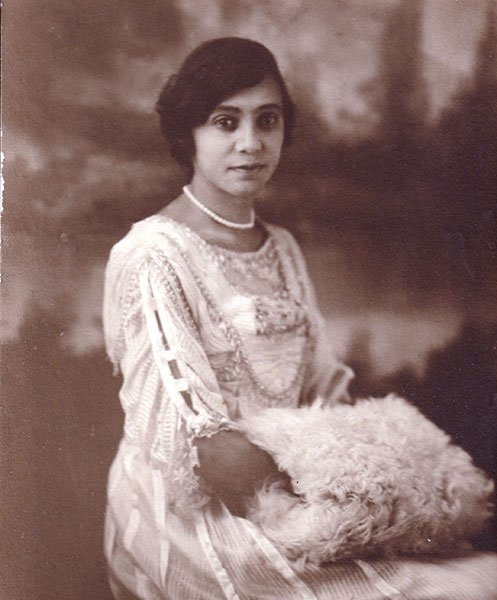 Griffin began with the First Organ Sonata by Florence Price (1887-1953). The first African American woman to be recognized as a symphonic composer, she composed in many other genres as well. He noted that when Price was a student at the New England Conservatory in 1904, she performed Alexandre Guilmant’s Organ Sonata No. 1 in a master class with the composer; this surely establishes her credentials as a gifted organist. Moreover, her admiration for the older French composer’s sonata is evident from the striking number of parallels between Guilmant’s piece and her own. In both first movements an arresting introduction leads to a long fugue subject introduced in the pedals. Griffin’s playing was clean-cut, clear in texture, and pleasingly contrasted the stormy d minor of the opening, the energetic fugue, and the more restful major second theme. In the second movement Price echoes the pastoral feeling of Guilmant’s corresponding movement. Griffin found some delicious softer colors here: the opening solo reed (a clarinet perhaps), harmonic flute, and string celeste. His rendering was beguiling and expressive. In a less resonant acoustic the moto perpetuo of the finale (again closely corresponding to Guilmant’s) might have gone slightly faster, but the artist wisely opted for clarity over overt technical display. This also paid dividends in the places where Price made some sudden, unexpected modulations. Her harmony is noticeably more adventuresome here than in the previous movements—which could almost pass for 19th-century writing.

Though Briton Iain Farrington (b. 1977) composed the next group, his works speak with a distinctly American accent. Lay my burden down is a group of five African American spiritual and gospel settings, of which Griffin selected three. Amazing Grace was a sumptuous set of jazz variations with a range of ornamentation equal to or even surpassing that of the French Baroque; in Griffin’s hands it was also spontaneous-sounding enough to make me wonder if all of it was painstakingly notated by the composer or if the performer was improvising some of it as he moved from quietly hopeful to grandly exuberant. Breaking off at the climax and reverting to soft sounds, Griffin again displayed the delectable, subdued colors of this great instrument. Sometimes I feel like a motherless child began with dark uncertainty and pain in disjointed, tensely chromatic chords before the mournful melody emerged on a lyrical flute; after a dissonant bridge the music built to powerful restatement of the theme before again abruptly moving to a quiet coda echoing the introduction. Overflowing with high spirits, When I lay my burden down featured some of the jazz ornamentation of Amazing Grace with generous syncopated rhythm. With infectious jubilation Griffin reveled in this celebration of death as a reunion with loved ones and a release from bondage.

Moving to Europe in the second half, the artist turned first to Charles Tournemire’s Improvisation on the Te Deum, one of five laboriously transcribed by his student Maurice Duruflé from 78 rpm recordings Tournemire (1870-1939) made in 1930. Griffin gave a technically impressive and colorful rendering that fully entered into the composer’s mercurial style, one which noticeably diverged from those of his contemporaries.

The British composer Herbert Howells (1892-1983) penned the three rhapsodies of his Op. 17—of which we heard No. 1 in d flat—between 1915 and 1918. Though the young composer was more than incidentally influenced by Vaughan Williams, his distinctive searching harmonies are already present. Evoking a beautiful English countryside, Griffin used the swellboxes continually to infuse expressivity, and his affectionate rubato made a personal, intimate statement. He also seamlessly executed the long, orchestral crescendo to thundering climax; the mirroring diminuendo whispered to a ravishing ending.

Griffin noted that Sigfrid Karg-Elert (1877-1933), having just heard a theater organ concert, composed his Valse mignonne “in a state of intoxication.” The composer was likely anticipating a divided reaction from his audience when he said of this work, “May St. Cecilia forgive me my sins!” While purists may well turn up their noses at the piece’s flourishes and sometimes schmaltzy harmonies reminiscent of the theater organ, Griffin embraced them wholeheartedly but without exaggeration. It was interesting that he registered this piece more conservatively than those heard before, using only several colors for most of the piece; however, his seductive ending on purring celestes provided a notable exception.

The opening movement of the Second Organ Symphony of Louis Vierne (1870-1937), surely one of his most popular works, closed the concert. The second was his first symphony to be written after his appointment as organist of Notre Dame de Paris in 1900, and it was certainly conceived for the grand organ and acoustics of that cathedral—which Methuen Memorial Musical Hall replicates fairly well. Griffin performed in the grand manner, serving the music’s heroic character handsomely, and his sensitivity to the hall’s considerable resonance kept Vierne’s chromatic harmonies clear. Perhaps my only quibble (a minor one) was the loss of some propulsive energy when the coda suddenly slowed a good deal rather than, as Vierne specifies, getting slower little by little until the end. Yet no one could argue we hadn’t heard a resounding and emphatic ending to a memorable recital.

In the quest to expand audiences for the organ, versatility is a cardinal virtue, and Stephan Griffin’s convincing handling of an unusually wide stylistic gamut made this program a stand-out. I hope he will have plentiful opportunities to impress more audiences with his great range of musical skills.

NB: The reviewer witnessed this concert online. The balance of this summer’s MMMH recitals will be available to streamers and to in-person attendees.