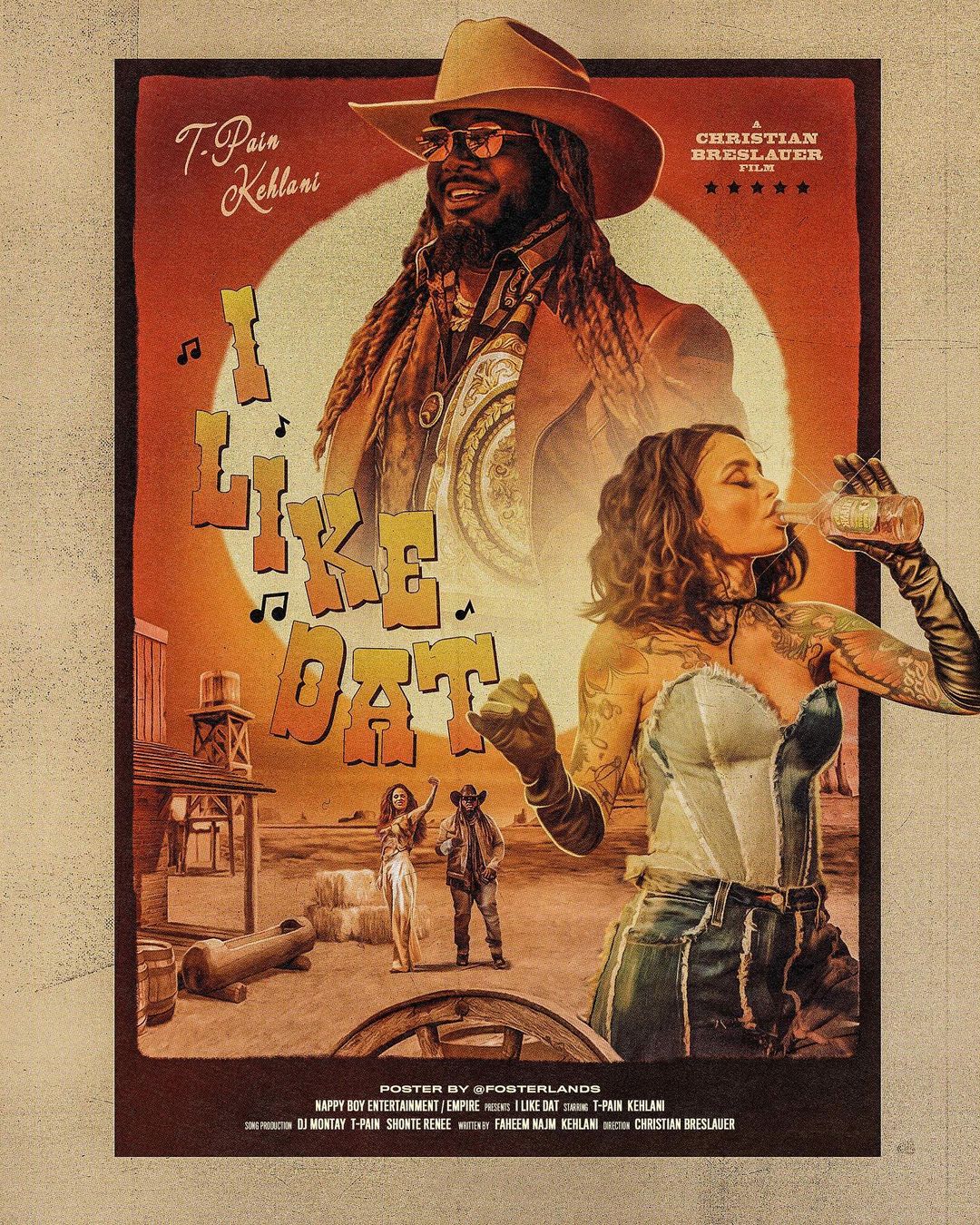 Once T-Pain realized all of the opportunities he’d been missing in his DMs, he’s been off to the races.

One such collaboration to come from them is “I Like Dat,” a duet with Kehlani, which serves as a sequel to his 2007 classic “Buy You A Drank (Shawty Snappin’).” The two have now released a video for the track, which is a Western-themed ride featuring T-Pain as that world’s best snake oil salesman. The song itself serves as the leadoff to T-Pain’s forthcoming Precious Stones album, slated for release later in 2021.

Directed by Christian Breslauer, the video can be seen below.