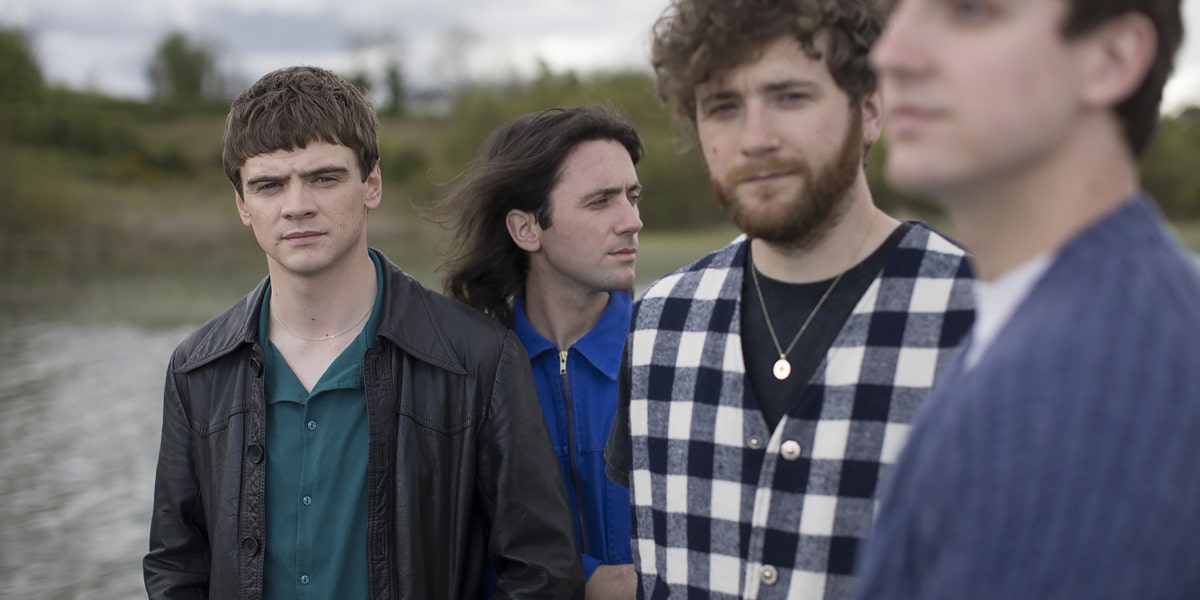 Much like their 2000s indie influences, the story of The Academic’s formation is simple; four schoolfriends decided to make a little music together. Their ongoing pledge is just as simple; to recreate the essence of those influences – label it ‘landfill’ if you must, but since their 2013, The Academic has worn its collective revivalist heart on its sleeve.

Such a habit was scrupulously brought to life on full-length debut, 2018’s Tales from the Backseat. New EP Community Spirit is more like ‘tales from the festival’, as its nostalgic sound, capturing that sense of spirit quoted in its title, fills the void implemented by an era with no live music with sing-along optimism.

The Academic were the latest in photogenic indie, but now, with hearts overtly sweet, they’re a sentimental bunch. Their bygone garage-to-studio drilling resembles The Cribs on Not Your Summer, which barks its title toward the listener, in a romanticised, but not too unlikely ‘our time to shine will come soon’.

But while the youthful rallying remains, The Cribs never filled their sound with stage-lit synths, which Smart Mouth is keen to point out. Nor were they likely to slow down and stargaze, which For the Camera acts on with enamour.

Contrarily, The Academic vow to push fast-forward, transitioning I Don’t See Good into a Tokyo Police Club tirade of motel sign-synth light-ups and teasing vocals that feel close. Any abrasiveness is avoided, shining light on melody’s role as a top utility; the slight return of the band’s photogenic emphasis.

They also vow to fill their palette with self-deprecating self-help, while keeping hold of any rowdiness. Kids (Don’t End Up Like Me) alerts those listening to do what they can to avoid life’s cruel traps, to restore love and snub sorrow; a blanket statement gussied with one of the band’s most spirited performances to date, partially thanks to a very uplifting chorus.

Uplift is indeed the name of the game, and Community Spirit has the potential to light up anybody’s summer whether they’re returning to festivals or feeling apprehensive. The Academic will be at the main stage of Reading & Leeds; luckily for those in attendance, they’re taking a few new bangers with them.

Community Spirit is out on July 9th.