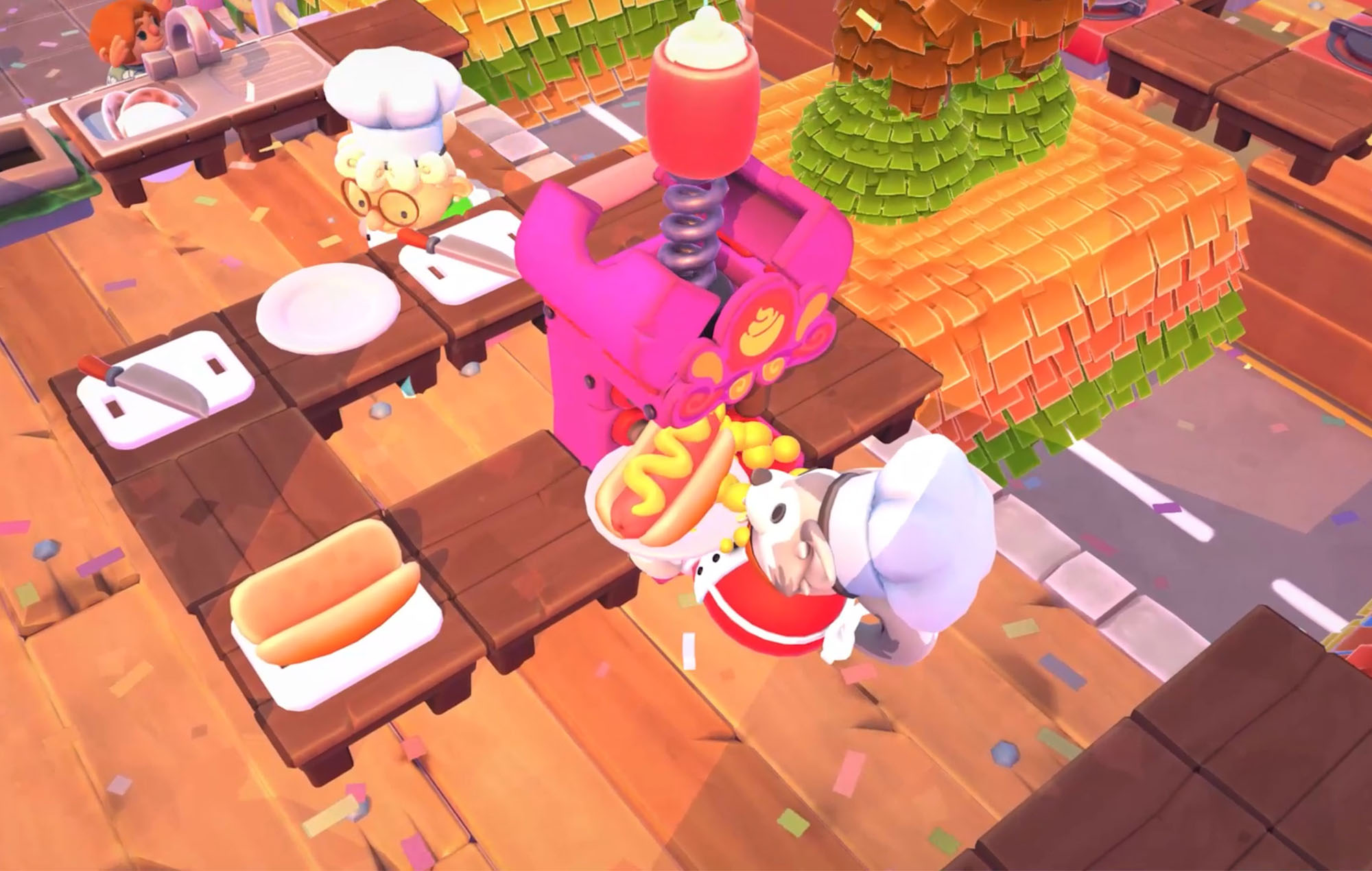 The best co-op games mean that playing with your mates is the most fun you’ve ever had. OK, maybe not quite the most fun ever but the kind of experience that you’ll end up talking and laughing about for a while to come. Plenty of games offer co-operative experiences these days although the focus is generally on playing online rather than locally on the sofa, but it can be hard to know which games are worth your time. That’s where we’re here to help.

We’ve played countless co-operative games so we know what’s genuinely fun and what’s only really fun because you’re having a laugh with your friends. We’ve focused on games that are available for different formats so whatever console (or PC) you own, there’s something here that’s worth playing alongside someone. Of course, you can play most of these games co-operatively with a stranger but that’s not really the point. You’re creating memories here (no matter how cringeworthy that phrase may feel to you) and we’re confident you’ll remember some key events.

Without further ado, here are the best co-op games to play with your friends, either online or on the sofa.

Want to ruin a lifelong friendship in the most bizarre way possible? Cook with them. I mean, you can cook with them in person but Overcooked 2 is far zanier than rustling up a regular dinner. A cooking simulator, teams of up to four players have to prepare and cook orders in weird restaurants. There’s the usual need to gather, chop, and cook ingredients before combining them on a plate but the restaurants themselves offer some challenges.

These can include moving walkways, portals, and even impassable fires so it’s important you all plan carefully to work out how to avoid these perils. And, of course, everything is timed and customers get grumpy if you mess up or take too long. It’s frantic but great fun too. Teamwork is essential so don’t be surprised if you fall out briefly from time to time. You’ll still end up laughing – and that’s what the best co-op games need to make you do.

If you and your friends have ever wanted to become pirates, we won’t judge. We’ll direct you to Sea of Thieves instead where you can do exactly that. Groups of players can encounter each other in an open-world environment so it’s important you work well together to avoid being plundered. There’s a lot of freedom here with the ability to be as nasty as you want or simply explore the high seas.

Looking good with the ability to track down treasure, form alliances, complete quests, or simply attack everyone going, there’s a lot of freedom here. Sea of Thieves doesn’t quite work solo but with some friends, it’s oddly liberating.

A classic hack and slasher, Diablo III is almost mindless fun. Sure, you can pick classes carefully and dive into complex statistical analysis and so forth, but mostly, it’s just a lot of fun to team up with your mate and beat up a demon. Gear is dropped liberally so you’ve always got the sense of satisfaction that comes from feeling like you’re getting somewhere plus it’s easy to achieve quite a lot in a short space of time.

A hardcore mode is available if you fancy the challenge of not being able to resurrect yourself after a death, but you really need to both be pretty confident of your abilities to risk this mode. Either way, Diablo III is satisfyingly loot-gaining based fun.

Halo: The Master Chief Collection offers every single game in the main Halo franchise which means Halo: Combat Evolved, Halo 2: Anniversary, Halo 3, Halo 3: ODST, Halo: Reach and Halo 4. That’s a lot of co-op Halo action and the games come into their own when you team up with friends, easily making this one of the best co-op games out there. Besides being great first-person shooters in their own right, they defined a lot of the genre in recent years and provide plenty of nostalgia too.

When teaming up with friends, bump up the difficulty level and you’ll really appreciate the adrenaline rush of wrapping up the frantic end to Halo 3 or taking on a fearsome boss in Halo 4. It’s these kind of experiences that stick in your mind for a long time to come and you certainly won’t run out of options any time soon.

Unlike most games, you can only play A Way Out co-operatively which means it’s well-designed for the purpose. Players control Leo and Vincent, two convicted prisoners, who must break out of prison and stay on the run. Working together is, predictably, vital to success here with scenarios where one player must form a distraction while another works on their escape requiring some careful teamwork.

There’s a storyline to pursue too along with a series of minigames to participate in. The key here is it truly feels like an experience that you won’t get elsewhere and the person you choose to team up with really will make a difference to how much you enjoy A Way Out. Pick a good and reliable friend, and you’ll get to enjoy the bizarre twists and turns of this

Another co-op only game, It Takes Two has you play a married couple on the brink of divorce. That might not sound like fun but things change rapidly with different levels offering different challenges. For instance, one character is able to rewind time during one portion while the other can replicate themselves.

By using these abilities to solve puzzles, you and your friend progress the story and work on rebuilding the relationship between the two characters. It’s a lovely change of pace from so many other co-operative experiences and one that may just draw couples closer together.

Fancy taking on ridiculously massive monsters with your bestie? That’s the premise of Monster Hunter Rise. It won’t be easy as the monsters are suitably huge. You’ll need to master complex weapon types, tools, and environmental challenges along the way but the sweet sense of satisfaction is vast afterwards.

Thanks to the challenge, you’ll need solid teamwork skills here, especially if you choose to team up with up to four hunters at a time. Besides being one of the best co-op games, it works well as a single-player experience too providing you’re up to the challenge.

Trust no one? You’ll love Among Us. There’s a reason it’s one of the best co-op games of the last few years. Up to 15 players take part with up to three of those being randomly chosen to be an imposter. It’s down to you and the others to figure out who’s the imposter and who isn’t. There are tasks to complete in the form of minigames with imposters given a fake list of instructions to attempt to blend in.

It’s all a bit of a sociological experiment in terms of figuring things out and you may be surprised to learn that your friends are better at lying and hiding things than you thought they were. Discussions of who might be the imposter can turn lively which is where the fun is most had. It’s a fun way of doing things a little differently.

The Streets of Rage series may have been your first experience of co-operative gaming if you owned a Sega Mega Drive. Now you can recreate that experience with the sublime Streets of Rage 4. Seriously, it’s a dream to play. The combat is similar to before with it being simple to learn yet complex to master as you figure out the rhythm that works for each character. Combo attacks are everything for building up a strong high score with a huge sense of satisfaction when you take down a boss together without taking a blow.

Besides the main story mode, there’s also Arcade mode that requires you to survive the game on one credit plus a series of difficulty levels means you can up the challenge to a quite fearsome level if you want. Just look out for accidentally punching your buddy. It can turn into quite the brawl, and that’s not what you want from one of the best co-op games…