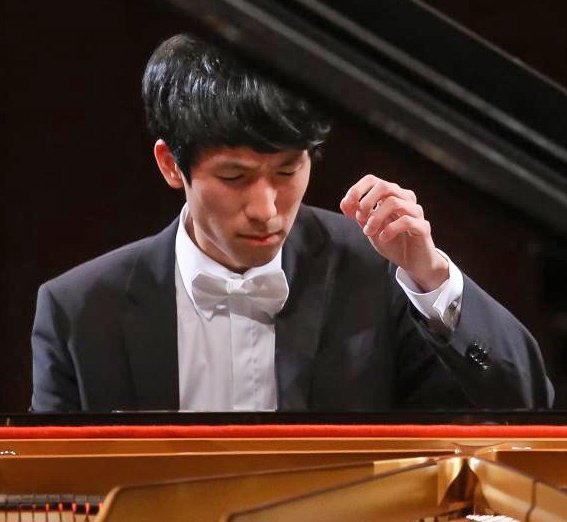 He also programs intelligently, this time contrasting one of Chopin’s most moving nocturnes, Opus 48, no. 1, a small gem that challenges most pianists, with the monumental, posthumous Schubert D960 sonata. This masterwork from the summit of Schubert’s achievements equates to a sonic version of the highly faceted and huge Hortensia Diamond. A lesser pianist might have veered towards the bombastic or trite, but Lu seems to channel the spirit of the composers rather than distort it.

In Chopin: the man and his music (Dover, 1966), James Huneker wrote, “The ineluctable fact remains that this is the noblest nocturne of them all.” Many would agree, and those who heard Lu were enchanted by this still-young pianist who, among other things, garnered a prize in the 2015 Chopin Competition. The early Lento section is delivered with great variation by various pianists. Lu’s spare attentiveness emphasizes the longing and beauty in the melody. He managed to be assertive without being periphrastic, and in the Piu Lento section avoided too much noise. His simultaneous attention both to the melody and chords in the Doppio movimento section solved what can become a jarring juxtaposition.

Those attempting Schubert’s A Major D959, the central work of the composer’s 1828 sonata triptych, optimally need to possess a strong technique a good imagination, if they are to avoid driving the audience to tune out, snooze, or even snore. Dedicated to Schumann, D959 first emerged in published form 11 years after Schubert’s death. The four-movement work—Allegro, Andantino, Scherzo: Allegro Vivace and Rondo: Allegretto owes a lot to Beethoven in terms of its form, but its soul is Schubert’s own. Lu possesses the needed mastery of legato and cantabile to render it memorably. The A Major Allegro, with its opening theme reprised in the 4th movement’s coda found profundity where it might have sounded bombastic. The Andantino’s opening barcarole, starting on A, but soon clearly in F-sharp Minor, deceptively seemingly simple, impresses with melody. In the midst of the Andantino, a cadenza-like section leads to surprising chromatics and sforzando chords leaving the listener touched. The Scherzo injected dance and merriment, and the Rondo: Allegretto, said to reprise Beethoven’s Op. 31, No. 1, impressed. He placed the parts together flawlessly; though his credentials as a Schubert interpreter already stands high, one hopes to hear Lu’s Schubert evolve to even higher levels.

Native son of Massachusetts (b.1997), Eric Lu took part in NEC’s Prep and graduated from the Curtis Institute of Music, where he studied with Robert McDonald and Jonathan Biss. Dang Thai Son has been another of his teachers. Currently based in Berlin and Boston, he has remained very busy with international concerts, even in these pandemic times. After winning First Prize at the Leeds Competition in 2018, Lu made a BBC Proms debut the next summer and is involved as a member of BBC New Generation Artists. He also received an Avery Fisher Career Grant this year.