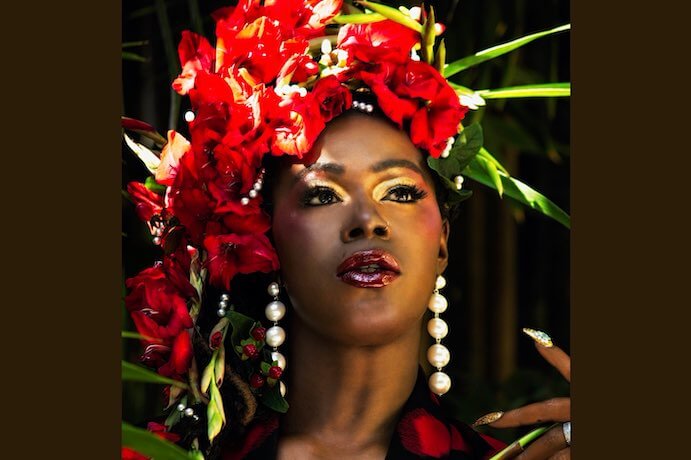 “Casting Light” is a 10-part series that explores the often invisible inequities in contemporary arts spaces. Commissioned by ACF and I CARE IF YOU LISTEN, the goal of the series is to highlight the conversations that we need to be having more openly and transparently in order to build diverse, inclusive, and equitable artistic communities. Building on our commitment to anti-racism, a culminating collection of these articles and other resources will be shared for continued learning and dialogue.

By Kymani Queen and Aaron Gabriel

What does the music of genderqueer composers sound like? Does the fluidity of our genderqueerness weave its way into our melodies and countermelodies? Does the dissonance of a world that constantly questions or denies our existence penetrate our rhythms and harmonies? Is there a queer chord?

Genderqueer artists have been here all along. The terms and acronyms are new, but the people those terms and letters represent have always existed. We are connected past and present, from Indigenous Two-spirits to Thai Kathoey to Indian Hijras to Italian Castrati and all those in-between. We have always been singing, writing, composing, creating, expressing ourselves, and transgressing within and throughout cultural norms.

The advent of recorded music gave genderqueer artists an ability to be heard without necessarily being seen. In their essay “How Pop Music Broke the Gender Binary,” Sasha Geffen notes, “Recorded music, played at first within the inner sanctum of the home, severed the voice from the gendered body. The singer’s voice enters the listener and becomes the listener’s voice.” Today, videos and internet content create opportunities for visibility where openly genderqueer musicians like Big Freedia, Lil Nas Ex, Janelle Monáe, Demi Lovato, Miley Cyrus, and Sam Smith are forging pathways for other artists to gain greater recognition. However, genres outside of pop music (opera, musical theater and contemporary classical music) have a ways to go. This essay concentrates on where genderqueer music is today and what we would like to see in the future. We are intentional about addressing artists who outwardly identify as fluid — agender (A), gender non-conforming (GNC), non-binary (NB), and transgender (T) — what we define here as “genderqueer.”

Outside of revisionist history and gender-blind casting, there is a distinct lack of purposefully written genderqueer content in modern musicals, opera, and contemporary classical music. Cis-gender storylines pervade most themes and storylines, and when we do show up, our narratives are limited to magical drag queens, serial killers, confused lascivious youth, and down-on-their-luck nerds supernaturally possessed by evil forces. Genderqueer characters in musicals like RENT!, Hedwig and the Angry Inch, Kinky Boots, Southern Comfort, and Jagged Little Pill move the needle forward, but there is work to be done before we have representation as equitable as our cis-gender peers.

In opera, most conversations about genderqueer characters revolve around pants roles, which can be liberating for some, but only confirm gender dysphoria for others. Cis-gender actors can play roles opposite their identity, and so can those who are genderqueer, but where is the material specifically written for and about us? One rare exception is the opera As One by Laura Kaminsky, whose protagonist is going through transition. But this piece is also controversial as the person transitioning is represented by two different singer-actors, often played by a cis man and a cis woman. In addition to the lack of characters and storylines, genderqueer composers and performers often spend much of their careers creating and connecting with the lyrics of cis-gendered experience, but this forced lyrical relationship only extends the myth that it is just as meaningful for us to live vicariously through the cis-gender experience as it is for us to express our own perspectives. Classic lyrics like Bessie Smith’s “Folks say I’m crooked / I didn’t know where she took it / I want the whole world to know,” are essential lyrical expressions that reflect themselves today in songs like Lady Gaga’s “Born this Way,” but they have not penetrated musical forms reliant on “when boy meets girl.”

Lyrics help us understand the deep questioning, revelations, and insights of being genderqueer — particularly for those confronting their physical identities. Transgender singer-songwriters like Joe Stevens achieve this by challenging lyrical expression through personal, yet universal language: “I said goodbye to everyone I know / And one morning I awoke / And I was this guy named Joe.”

Another admirable example is the spoken word/violin piece If You Lived In Your Body by composer and lyricist Chrysanthe Tan, in which they write: “i say, i already crave home/not the place, the feeling.” Lyrics like these expose listeners to the lifetimes it takes for trans and genderqueer individuals to awaken with a body they can affirm as their own. These artists shed light on everyone for whom transition brings about an invaluable synthesis — to feel comfortable taking space once occupied with pain or anxiety. There are many examples of genderqueer composers pursuing this space and navigating “in-betweens.” Iconic electronic composer Wendy Carlos discovered so many worlds in microtonality that it inspired the creation of the Moog keyboard, an instrument specifically geared to the bending of pitches. Singer-songwriters like Shea Diamond and ANOHNI thrive in their unique soulful stylings: light and gritty, bold and brassy, displaying a range of qualities like predecessors Ma Rainey and Bessie Smith. Composer Neo Hückler uses ASMR to create compositions that leave the world of rhythm and tonality behind entirely. The exploration of these “in-between” areas seem to give these composers a sense of space and belonging, but no genderqueer artist is limited to this oversimplification.

Since genderqueer speaking voices tend to float around and in between the sonority, pitch, and timbre of our cis-gender counterparts, it makes sense that the music we create floats somewhere in between, as well. However, genderqueer singers can struggle to express their authentic voice when their voice does not sound the way they want to present.

Jane Ramseyer Miller, Artistic Director of One Voice Mixed Chorus, an LGBTQ+ mixed chorus located in the Twin Cities, says about vocal assignment: “I typically allow any person to sing whatever part is in their range, regardless of gender. I have had trans singers join the choir, for example a transgender woman who wants to sing in the alto section even through her voice is in the tenor or bass range. In this case, I’ll have a conversation with the singer about vocal health and the rationale for keeping them in a section that matches their range. Once they join the chorus they realize that there are singers of all genders in every section of the our chorus.” Some genderqueer singers feel pressure to express their voice in ways that seem “acceptable” or “passing.” Others abandon the voice entirely, finding alternative and experimental ways to use sound to express and relay their experiences and ideas. But whatever voice we choose to use or not use, our sonic imaginations are infinite.

While some genderqueer artists note their identity is not inherently interconnected to their artistry, others musicians feel we must write ourselves into existence. In zir essay, “What it’s like to be a Non-Binary Musician,” Jason Scott observes: “It’s that kind of transparency, a missile to dismantle cisnormativity, that changes hearts and does the world so much good. Unfortunately, we don’t live in such a simple world in which people will actually listen to what we’re screaming from the mountaintops.”

Scott highlights a common barrier between genderqueer artists and their audiences: exhaustion. There is such a need for us to be seen, we often feel compelled to surpass nuance in favor of simple recognition. This comes at the expense of our artistry, or at least affects it in unavoidable ways. Simple confusion about our myriad gender identities often prevents cis-gender audiences from listening to or attending our work in the first place, which requires genderqueer artists to be more clever and creative.

We are always navigating musical dissonances that express the tensions in our experiences. We implore audiences and critics to listen and insist you hold us to equal creative standards. Our art is not valid because we are queer, trans, non-binary, gender non-conforming, or fluid. We ask those outside our community to adjust your lens, clean it, refocus, or imagine a new lens all together, but never lower your expectations. Jason Scott–Photo courtesy of the artist

We care if people listen, but we care more that things don’t end after listening. This requires presenting organizations to produce more work that helps progress these conversations, and requires marketing and development departments to nurture the artist/audience relationship. Envision funding and producing new work where the majority of the characters are non-binary, trans, or genderqueer and the cis-gender characters struggle to make sense of their place in our world. Organizations like The Sappho Project and companies like Portland’s Queer Opera are making progress by not only purposefully producing the music of trans and gender non-conforming artists, but also providing safe stages for genderqueer performers by using gender neutral language during rehearsals, addressing chosen pronouns, and providing gender neutral accommodations and restrooms.

Genderqueer art isn’t about art on an island. Everyone is included. We understand that cis-gender and heteronormative audiences might feel discomfort or threat or exhaustion because we persist in our pursuit of equity, but we have spent generations waiting for you to be ready. It’s time.

The sonic horizon is made up of songs, scenes, scripts, scores, soundscapes, and choruses that remember, but don’t rely on, he or she, on language, on antiquated versions of the divine, or the groups we’ve allowed to control us from time immemorial. The possibilities for innovation and inclusion are thrilling and endless. Limitless new sounds and new ways to create those sounds are ready to be embraced. Unheard voices long to fall in love, break each other’s hearts, and hurt and heal the world. Are you ready to listen?