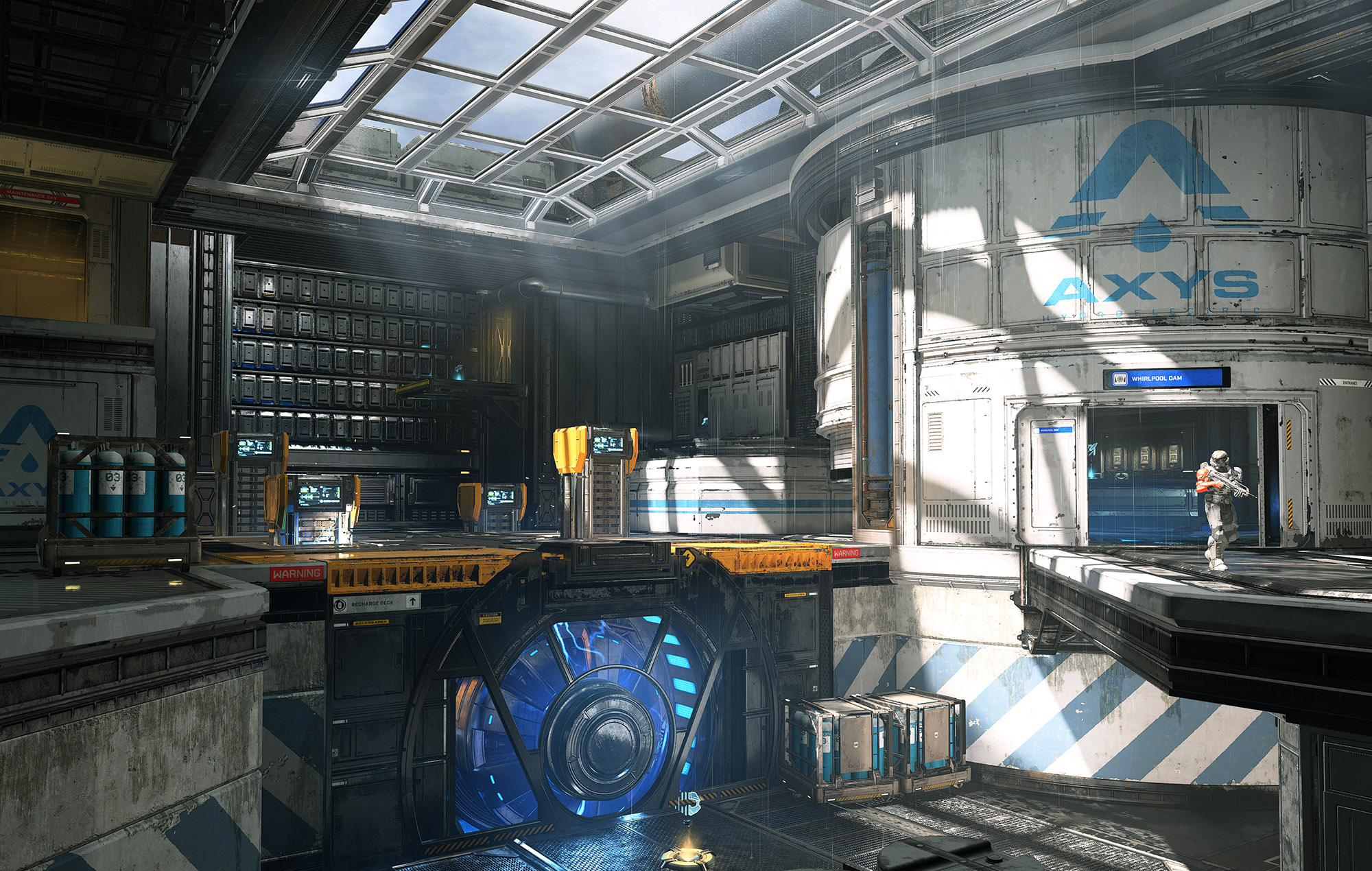 Thank heavens for that sidearm!” says a disembodied voice, as the thunk of my pistol bullets bury a 343 bot. It’s past my bedtime, and I’m playing Halo multiplayer, just like old times. As the familiar jabber of a plasma pistol sends me flailing to my doom, the booming voice of Jeff Steitzer calls the match. “Steaktacular!,” he says, making it clear that we dominated the enemy team.

As satisfying as it was to hear his iconic tone, I wouldn’t want to be facetious and let that medal reflect upon my abilities. We were up against a quartet of bots, after all.

The first Halo Infinite Technical Preview has landed, and with it, lucky players worldwide are jumping into a training arena for what will be the multiplayer event of the year.

343 Industries is betting big on Halo Infinite’s online component, a standalone free-to-play experience coming this holiday season on Xbox and PC. Separating it from the rest of the Halo Infinite package was an intelligent decision, especially considering the current multiplayer landscape.

Games like Apex Legends, Call of Duty Warzone and Fortnite have set the bar for free-to-play shooters, and as a franchise, Halo is kind of on the back foot. Beyond the studio’s work on the superb Master Chief Collection, there hasn’t been an excellent, wildly popular online multiplayer Halo game since Bungie departed the franchise in 2010.

And let’s face it, we Halo fans are getting on a bit now. I was in my early teens when Halo was at its peak, and I could see how Halo’s unique control scheme might feel alien to today’s youth. Making it as accessible as possible on one of the world’s biggest gaming platforms in Xbox Game Pass is going to give it a serious headstart.

From what I can tell so far, it seems that 343 wants to give veteran players a taste of the golden age of mid-noughties Slayer, but with some necessary modern renovations for the newbies. The first thing I noticed was that you could pull LT to aim down sights, which, I’m not going to lie, feels a little blasphemous, but I’m trying to get used to it. The good news is that all of the classic guns feel like they should.

The Battle Rifle has that crunchy headshot burst, and the Needler is still a tension and release masterpiece. 343 has changed the look of the pistol, but they’ve retained its gun feel hallmarks, even if it is hard to say goodbye to that chunky magnum. The shotgun has also been redesigned to feel more DOOM-ified. It’s not quite as devastating as the old barrel blaster, but it’s loads of fun to use.

There are some new guns here too, like the Pulse Carbine, a Covenant Battle Rifle with homing plasma that feels fantastic. But the Skewer, a one-shot reload precision spike launcher, is my favourite, reminding me of Half-Life 2’s crossbow. The VK78 Commando is a precision rifle that feels a little out of place at the moment, but there’s still time to learn where it really sits in the arsenal!

Elsewhere the only other gun I’ve had enough time with is the sniper, which is the only one I’m not all that convinced by. It has that delicious recoil for naughty noscopes, but having trigger-pull aim down sights (ADS) makes it feel a little bit too much like Call of Duty. Fair play if that’s what 343 was going for, but it was tricky to stomach as a Halo 3 veteran.

Again, it feels like 343 wants to homage old-school Slayer but not fully commit to it, and that’s understandable given the modern shooter landscape. It might not be a popular opinion, but I think it would be cool to see a mode that removes ADS and replicates the way the guns felt back in the day. And that’s not just my rose-tinted glasses, as Halo 3 multiplayer in The Master Chief Collection is still just as good as it was a decade ago.

Dropping my Spartan before I head to bed. Check out my cute little Personal AI! Their name is Fret! #HaloInfinite pic.twitter.com/YiRq85nA7o

Yet regardless, I’m going to play the hell out of this Technical Preview all weekend. I’ve got to learn the ropes ahead of the multiplayer event of the year, and the systems that lay beneath the gunplay are all pretty cool! The training drills are helping me unlearn my old-school muscle memory, and the battle pass provides cool cosmetic unlocks and plenty of tricky challenges.

But my favourite new feature has to be the addition of Personal AIs.These onboard Spartan sidekicks provide the disembodied commentary I referenced at the start, and you can customize what they look like and how they sound. Mines called Fret, and they’re just so damn cute! I haven’t noticed them appearing in-game much as they do in the trailers, but I imagine that’s all still to come, and I’m impressed by their quip game so far. It can be uplifting when you’re getting schooled!

The last thing to note is the performance. I’m playing on an RTX 3080 with a Ryzen 5 3600, and I can only go above 60 FPS at 1440P if I drop the game to Medium or Low settings. This is a technical preview, so obviously, there’s still a lot of optimisation to be done, but I thought it was still worth mentioning. I can get a cool 50-something FPS on High or Ultra, but you really want to be smooth sailing in a fast-paced multiplayer game like Halo. Hopefully, this gets buffed out – I imagine it may be more streamlined on console, but I’m yet to check that out properly.

The Halo Infinite Technical Preview is open to select Halo Insiders and will run from July 29 to August 1, ahead of the full game’s launch later this year.