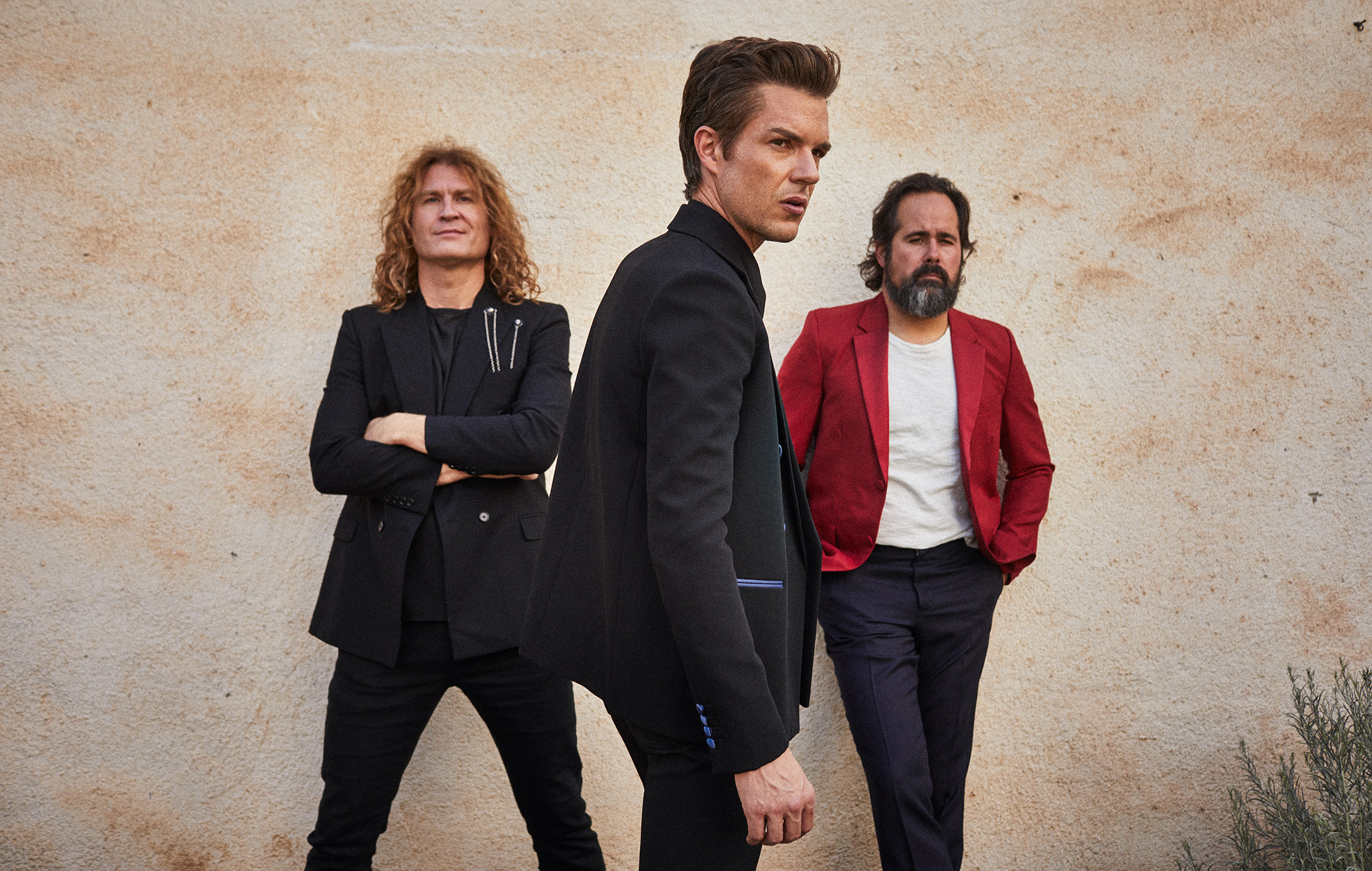 Current figures from the Official Charts show that The Killers are on course for their seventh consecutive UK Number One album with ‘Pressure Machine’.

Jungle, meanwhile, are currently sat behind The Killers at Number Two for their third album ‘Loving In Stereo‘, which is their highest position to date. ‘Loving In Stereo’ is also the biggest album of the week on vinyl at present.

Elsewhere, Olivia Rodrigo’s ‘SOUR‘ is at Number Three, Billie Eilish’s ‘Happier Than Ever‘ is at Number Four, and last week’s Number One ‘We’re All Alone In This Together‘ by Dave is now at Number Five.

In other Killers news, frontman Brandon Flowers has reflected on a “surreal” on-screen debate about religion that he once had with evolutionary author Richard Dawkins.

He told NME in this week’s Big Read cover story that a surprise, heated debate emerged in 2012 when Flowers, a devout Mormon, made an appearance on Swedish TV talk show Skavlan alongside Dawkings, Ulrika Johnson and Abba‘s Björn Ulvaeus.

A debate soon erupted in which Flowers described his faith as “a beautiful thing” and said that he “took offence” after The God Delusion writer Dawkins called Mormon Church founder Joseph Smith “a charlatan” and the religious text The Book Of Mormon “an obvious fake” before Flowers told the author to “do his research” and said his comments were “all falsehoods”.