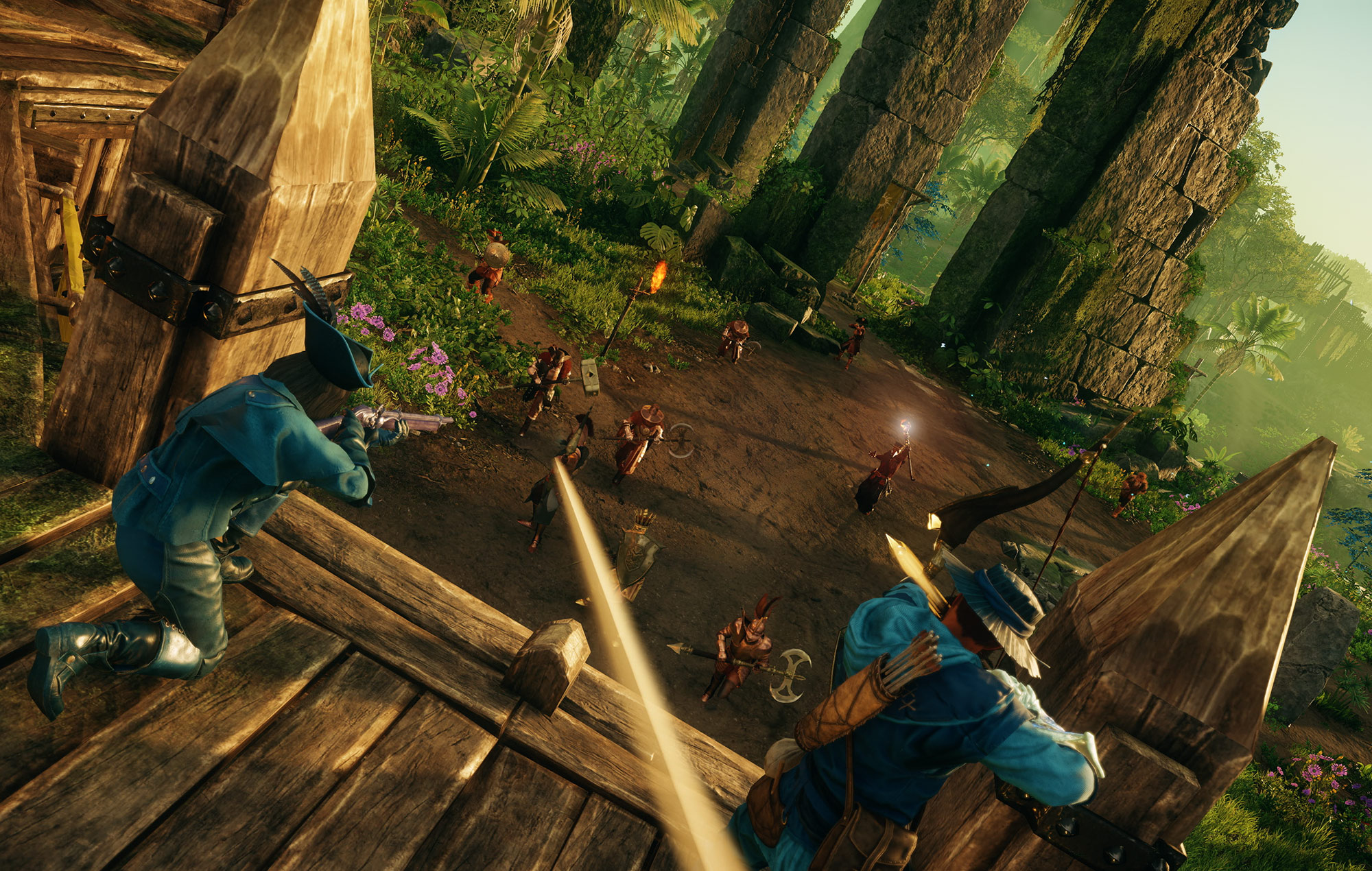 Ahead of New World launching on September 28, Amazon Game Studios has revealed that Game Of Thrones composers Ramin Djawadi and Brandon Campbell have collaborated to create music for the MMO.

Speaking to NME, Djawadi said the duo agreed to soundtrack New World because it “immediately it caught our attention” and offered the chance to work on a “blank slate”.

While the work was “really exciting”, Campbell felt that “getting something off the ground for the first time is also kind of frightening and challenging”.

Speaking more on the challenges of creating a soundtrack for an MMO, Campbell shared that “One of the hardest things about this was that the world is so vast…how do you use harmonica in one track and then…fiddle and banjo, or just a choir, and still sound like New World?”

When asked about how soundtracking an MMO like New World – which is more about the players – is different to TV or film, Djawadi explained: “I think, in this case, the emotional hook for us – the main title melody – was the core of the game. Everything else around it really had to be a wider range dynamically and musically because the world just seems open, it’s a lot bigger.”

Campbell elaborated, saying they “weren’t necessarily following an emotional story arc” and were instead “trying to capture the idea of a region or a specific emotion like war or despair, and so there wasn’t this giant overall arching narrative – but really, I guess everything kind of bounced off this main theme”.

Djawadi went on to say that New World was “a dream job, in a way, for composers” because they were able to “look for any instrument” to use in the soundtrack. “Amazon gave us so much freedom, where they just said, this is our vision, this is what we’re looking for, go and write. That’s what we did – it was incredible.”

In other news, Quantic Dream’s Star Wars game will reportedly be action-focused, according to recent reports.