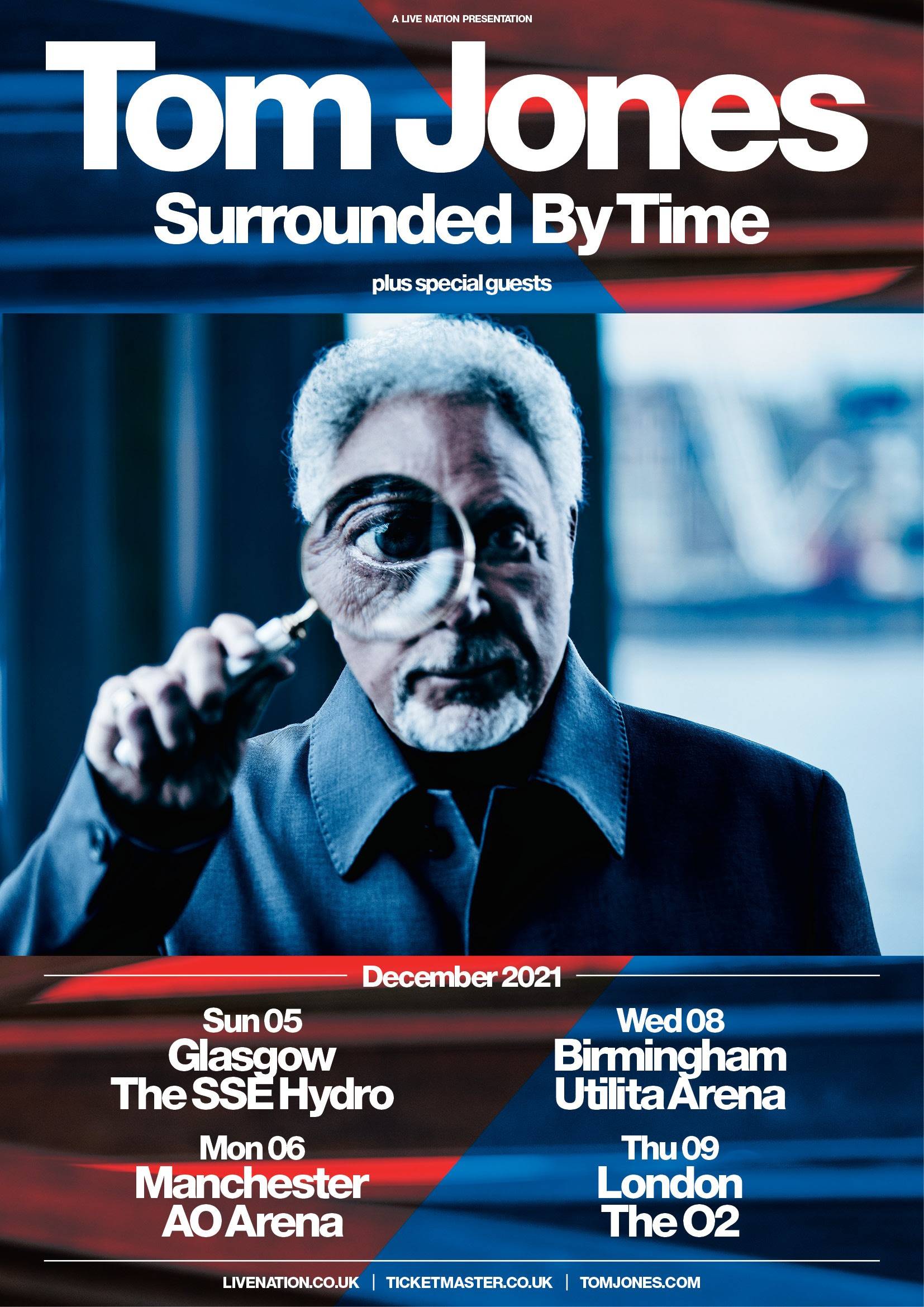 Sir Tom Jones has announced a new set of UK tour dates for this year in support of his recent album ‘Surrounded By Time’.

The record, which came out back in April, featured covers of songs by the likes of Bob Dylan, Cat Stevens and Bobby Cole.

Jones is now set to tour in the UK in December on the ‘Surrounded By Time’ tour, which kicks off in Glasgow at The SSE Hydro on December 5.

The tour will then visit Manchester and Birmingham before concluding in London on December 9 with a gig at The O2. That date is part of the London arena’s ‘Welcome Back Show’ series.

“We’re delighted to have Tom Jones, one of the UK’s most seminal artists, join the roster of our ‘Welcome Back Show’ series, and we can’t wait for what promises to be a special evening,” Marc Saunders, Programming Manager at The O2, said in a statement.

Tickets for Jones’ ‘Surrounded By Time’ UK tour go on sale at 9am on Friday (July 30) from here, and you can see details of the singer’s upcoming live schedule below.