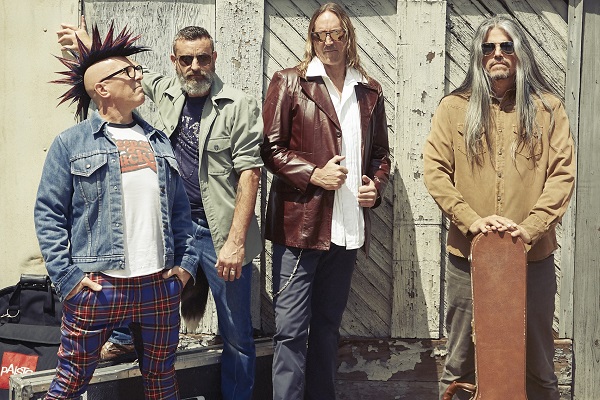 Tool will stay busy on the road for the first five months of 2022, as the band has announced a lengthy run of the U.S., U.K. and Europe

Maynard James Keenan and the members of prog-metal band Tool have announced a lengthy 2022 tour. The trek, which was announced first thing Monday morning (Sept. 27), will feature several months of U.S., U.K. and European tour dates.

Tool were on the road in 2020 right as the pandemic hit, and their first canceled show of the year was in Eugene, Oregon. Now, the band will kick off their 2022 run in Eugene at the Matthew Knight Arena on Jan. 10, making good on their promise to make up some lost dates.

“It is with great pleasure I get to announce our return to the road,” Tool drummer Danny Carey said in a statement. “These past 18 months have been trying to say the least but from great trials come great lessons and great rewards. We are genuinely looking forward to sharing them with you.”

The tour will feature two openers: Blonde Redhead from Jan. 10 through Feb. 10 and The Acid Helps from Feb. 19 to March 20. View the full tour roster, including both U.S. and European dates, below.

Tool are touring behind their 2019 studio album, “Fear Inoculum.” The record was named one of Audio Ink Radio’s best albums of the decade at the end of 2019.