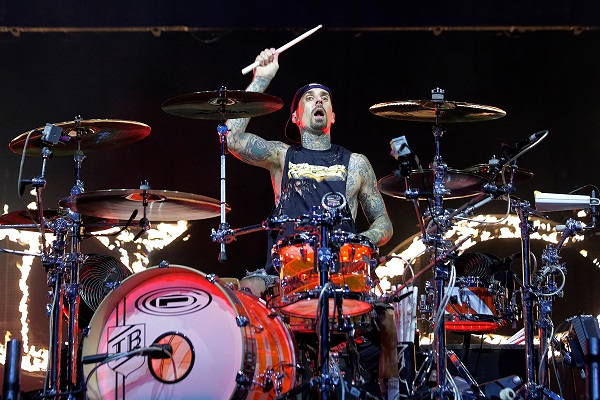 Tom DeLonge could reunite with Blink-182, and according to drummer Travis Barker, there’s no bad blood between the camps

Tom DeLonge hasn’t been with Blink-182 for years, but current Blink drummer Travis Barker says he’s open to the idea of a reunion. In a new interview with Rolling Stone, Barker was asked about the possibility of a reunion with DeLonge, who left the band in 2015, to which Barker comments, “Never say never.”

“I talk to Tom all the time,” Barker said. “We send funny texts and stuff. The times of bad blood and the misunderstandings between us are so over with. It’s all love.”

“We all three talk, and we’re all friends,” he added, meaning himself, DeLonge and Blink-182 bass player and vocalist Mark Hoppus. “So, yeah, I will never say never. I think if the time was right and it just made sense.”

Rolling Stone added that the interview with Barker happened before Hoppus announced that he’s been dealing with cancer.

In other Blink-182 news, Barker stated that the band hopes to record a new album in 2022 with current vocalist and Alkaline Trio frontman Matt Skiba. “I want to spend the right amount of time on the Blink album and make sure it’s one of the best pieces of work we’ve ever done,” he said.

In other news regarding Hoppus’ cancer diagnosis, during a recent Twitch stream, Hoppus stated that he’s feeling “much better than yesterday.”

“I woke up today feeling better,” he said. “I went for a walk, and I had a decent breakfast, and I haven’t felt like I was gonna throw up today, so we’ll take it as a win.”

Hoppus previously announced that he’s been dealing with chemotherapy for the last three months. During the Twitch stream, he added that his latest chemotherapy treatments have been less “miserable” than earlier ones.