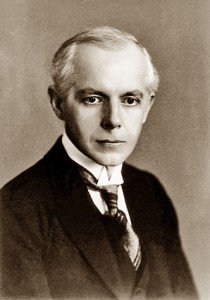 “Led by both Music Director Andris Nelsons and Boston Pops Conductor Laureate John Williams, the BSO  welcomes back live audiences to Symphony Hall after a nearly 20-month absence. Opening the concerts on September 30th and October 2nd, Nelsons will lead Beethoven’s Consecration of the House Overture, the first work the BSO ever performed, before Williams takes the podium for the first Boston performances of his Violin Concerto No. 2. Dedicatee Anne-Sophie Mutter will be filling the soloist’s role. Bartók’s Concerto for Orchestra, one of the BSO’s most famous commissions, originally premiered by Serge Koussevitzky in 1944, closes the concerts”

FLE: Tell us about opening night jitters. The BSO audiences have been absent for so many months. What do you expect and what do you worry about?

BSO Press Office: Coming off a very successful Tanglewood season, with the BSO performing two programs each weekend over a six-week season, we’re feeling very excited about reopening the hall and performing regularly for live audiences again. We’re confident that we’re doing all we can on the health and safety front, but we hope patrons will be understanding as we implement our new protocols for the first time this week.

I believe Andris Nelsons has shared the Tanglewood stage with John Williams, but is this the first such collaboration in Symphony Hall?

Yes, it is! Having these two masters share the Symphony Hall stage should be a real treat for the audiences at our season-opening concerts. I’m sure for many patrons, this will be an emotional moment as they attend their first live performance in more than a year-and-a-half.

The Tanglewood debut of the Williams Second violin concerto with the honoree Anne-Sophie Mutter as soloist, garnered raves on these pages this summer. How are the rehearsals going for the Symphony Hall debut?

We’re very eager to begin rehearsals this week for our opening program, and expect them to go smoothly, especially since the orchestra, Anne-Sophie, and John performed the work so recently at Tanglewood.

Serge Koussevitzky got a great deal from the dying and impoverished Béla Bartók when he commissioned the Concerto for Orchestra. Remind us what the BSO paid.

It should be noted that the Concerto for Orchestra, though commonly thought of as a BSO commission, because the orchestra played the premiere, was actually commissioned by Serge Koussevitzky through his Koussevitzky Music Foundation. As part of the BSO program note for the work, we run a reproduction of the commissioning letter sent to Bartók directly from Koussevitzky. It states that the total award of $1,000 would be paid in two installments of $500, the first upon Bartók’s acceptance of the commission and $500 upon receipt of the completed manuscript, which was to be dedicated to the memory of Natalie Koussevitzky.

According to the BSO database Henry, the BSO has played the Concerto for Orchestra something like 150 times, including performances under Andris Nelsons two seasons ago. Seiji Ozawa conducted it 18 times and Erich Leinsdorf conducted it 24 times. How do you account for the popularity of this BSO signature piece, and might it be the orchestra’s most successful commission?

The Bartók Concerto for Orchestra captured the attention and imagination of listeners from the first performance by the BSO in December 1944. Its lasting power over eight decades to move and excite us is a perfect example of the mystery of music to bring meaning and deep emotional rewards to our lives. It is one of the most compelling examples of a work that perfectly combines Western art music with European folk music traditions. These qualities, along with the work’s departure from traditional tonal music, have brought us music that has been impactful from its time and remains one of the greatest orchestral works ever written. We will be forever grateful to BSO founder Serge Koussevitzky for many things, one of which is the commissioning of the Concerto for Orchestra.

How safe should we feel in the company of 2,000 people at the Hall? Please tell us a bit about the Covid mitigations.

The BSO is committed to creating and maintaining a safe and healthy environment for both our players and patrons as we reunite for the 2021-22 season. All visitors aged two years or older are required to wear a mask and present proof of vaccination or a negative COVID-19 test each time they enter Symphony Hall—all measures that are in line with other many arts organizations in Boston and the Northeast. The orchestra’s protocols will continue to be informed by recommendations from the Centers for Disease Control and Prevention, the Commonwealth of Massachusetts, the City of Boston, and the BSO’s own team of advisors and medical experts, including 9Foundations.

In addition, Symphony Hall has achieved the Global Biorisk Advisory Council® (GBAC) STAR™ accreditation, the gold standard for prepared facilities, indicating that we have implemented the most stringent protocols for cleaning, disinfection, and infectious disease prevention. The BSO has also earned the WELL Health-Safety Rating for Facility Operations and Management of Symphony Hall.

As conditions evolve over the coming months, the BSO will communicate directly with ticket buyers concerning any subsequent changes to its protocol at bso.org/safety. In recognition that patrons may prefer additional flexibility over the coming months, the orchestra is offering BSO ticket buyers exchanges or credits up until 24 hours before the start of each performance through the end of the 2021-22 BSO season on April 30.