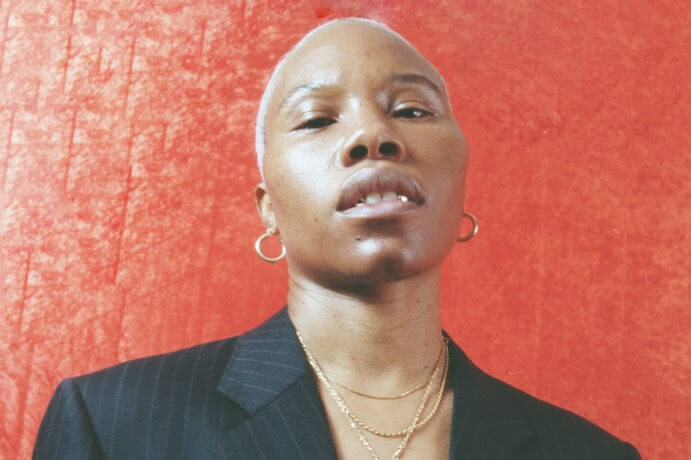 Culture can breed freedom, but it can also be the catalyst for shame and isolation, especially when those systems are corrupted by colonialism, misogynoir, sexism, and the patriarchy. For Dion McKenzie, better known as TYGAPAW, being AFAB (assigned female at birth) in Kingston, Jamaica in the 80s meant existing in a constant state of fear because people like them are “othered” and are a “target of violence” due to rigid societal definitions of gender identity and sexuality.

“Anyone existing outside of the binary of femininity and masculinity is considered an abomination,” says TYGAPAW. “Hearing that your whole entire formative years, you’re petrified that if anybody finds out about these thoughts and these feelings you’re experiencing, they could kill you or get you killed.”

The threat of death did nothing but add fuel to the fire raging inside of McKenzie. A rage that they’ve since channeled into each track, mix, album, and score produced. The music screams, “I will be felt, seen, and heard.”

McKenzie’s roots sprouted in Mandeville, Jamaica when they relocated from Kingston with their mother and brothers. Mandeville is a quiet capital. It is the largest town in the parish of Manchester in the county of Middlesex. There isn’t much to do to pass the time, so McKenzie and their siblings were their own source of entertainment, which came in the form of climbing trees and running about. Besides physical activity, the next source of entertainment was their cassette tapes and Walkman.

“My first tape was the Bad Boys soundtrack…Toni Braxton I had on tape, her debut album,” TYGAPAW says. “When I got to my MTV era… I had an obsession with No Doubt and Tragic Kingdom. That was the first CD that I got. My cousin ordered it from Columbia House from one of those subscriptions that you get. I used to listen to it over and over again, like, obsessed.”

This obsession grew into curiosity, but not before being constantly told by teachers that women don’t play instruments, they polish silverware. The “gross effects of post colonialism” and being under a “strict British colonial system of education” was the breeding ground for limitation and domestication. McKenzie attended an all-girls high school where students were pressured to become doctors, lawyers, or business owners. If math and science weren’t your strong suit, like McKenzie, then you were to take home economics. This didn’t sit too well with McKenzie. TYGAPAW–Photo courtesy of the artist

“My mom is an OBGYN,” TYGAPAW says. “She’s a boss ass lady. So, I’m like, you’re being a boss, and I’m being taught to polish silverware — those two things don’t add up…She would often have to go to the headmasters or the headmistress and she would raise hell all of the time because I had a lot of difficult times in my highschool. My teachers told me I wouldn’t amount to anything on a constant basis. I had to fight against a very oppressive social structure.”

McKenzie eventually outgrew these constraints and ventured off to the Big Apple at 18-years-old to study graphic design at Parsons School of Design. In 2006, with their BFA in hand, TYGAPAW emerged. TYGAPAW, according to McKenzie, is a “…bad ass mother fucker. They live in love and want to present that love and care to the world” while highlighting “inclusivity and displacement through sound.”

Slowly but surely, they became a central figure in the NYC Queer club scene through the collectives, bands, groups, and club nights they founded or co-founded. Their goal was to provide a platform for Queer and trans artists of color to exist safely and without limitation. The creation of monthly curated parties Fake Accent, Shottas, and No Badmind did just that. They were also a member of My M.O. and one half of the rap duo Kowabunga Tyga before going solo.

In 2017, TYGAPAW released Love Thyself, a three track EP. Two years later, they dropped a single and an EP in the same year, “Bag Juice” and Handle With Care. The EP specifically speaks to the generational trauma the women in TYGAPAW’s family have endured. Spending 37 years of their life existing in a world where people perceived them to be a Black woman meant they experienced intense misogynoir. Their own experience is what fuels their passion for loving on and creating space for Black women.

While promoting their 2020 album Get Free, an ode to Black trans lives, they were under a deadline to release their latest single, “Diffusus.” The almost four-minute track is a “stream of consciousness” and “burst of expression” that they describe as “distinctly settled, but also intense at the same time.” The track opens with a pulsating kick as a low end synth slowly intensifies underneath. As the high hats greet the eardrum, additional layers of synths build, constructing a wall of sound. For the “Diffusus” music video, TYGAPAW began painting what they call Technotubbies, a new take on the classic 90s characters, the Teletubbies. They teamed up with Berlin-based Brazilian 3D artist and animator Gabriel Masson to animate the Technotubbies.

In a world that feels like it’s falling apart, this single embodies the frustration of being overworked and underpaid while reaching new heights in a career, genre, and industry crafted by the Black bodies it exploits. Recently, this has not only taken a toll on TYGAPAW financially, but physically, as well.

Due to excessive gigging, DJing, and touring, TYGAPAW is working through some very difficult health issues related to their hearing, all while not being paid adequately for their work. They recall one incident in particular where they were asked to perform in San Francisco and were offered a $1,000 flat fee to open up for a DJ who was being paid around six figures. When 20% goes to agents, 10% to a manager, and airfare is subtracted, McKenzie would have been left with barely anything at all in comparison to the DJ who headlined.

“I’m represented by ICM, and I have two great agents that I started working with and they’re representing me for North America,” TYGAPAW says. “There has been this challenge because they’re breaking me into a new market, I get it, whatever. I understand that there are certain processes you have to go through as you get into this new territory. So, they are less looking at what I’ve accomplished and achieved and more at ‘What can you do?’”

TYGAPAW has spent 8-10 years building their skills, and with industry disparities and their health scare in mind, they’re looking to expand their work to include sound design for film and other artists as a means to supplement some DJing gigs. TYGAPAW sees their career shifting into a space where pain and trauma aren’t the main focus or sources for inspiration. They want their legacy to empower others to take action and love themselves authentically. No matter the structures in place seeking to oppress, deplete, steal, underpay, and overwork TYGAPAW, they will forever remain unapologetically Queer, Black, and limitless.