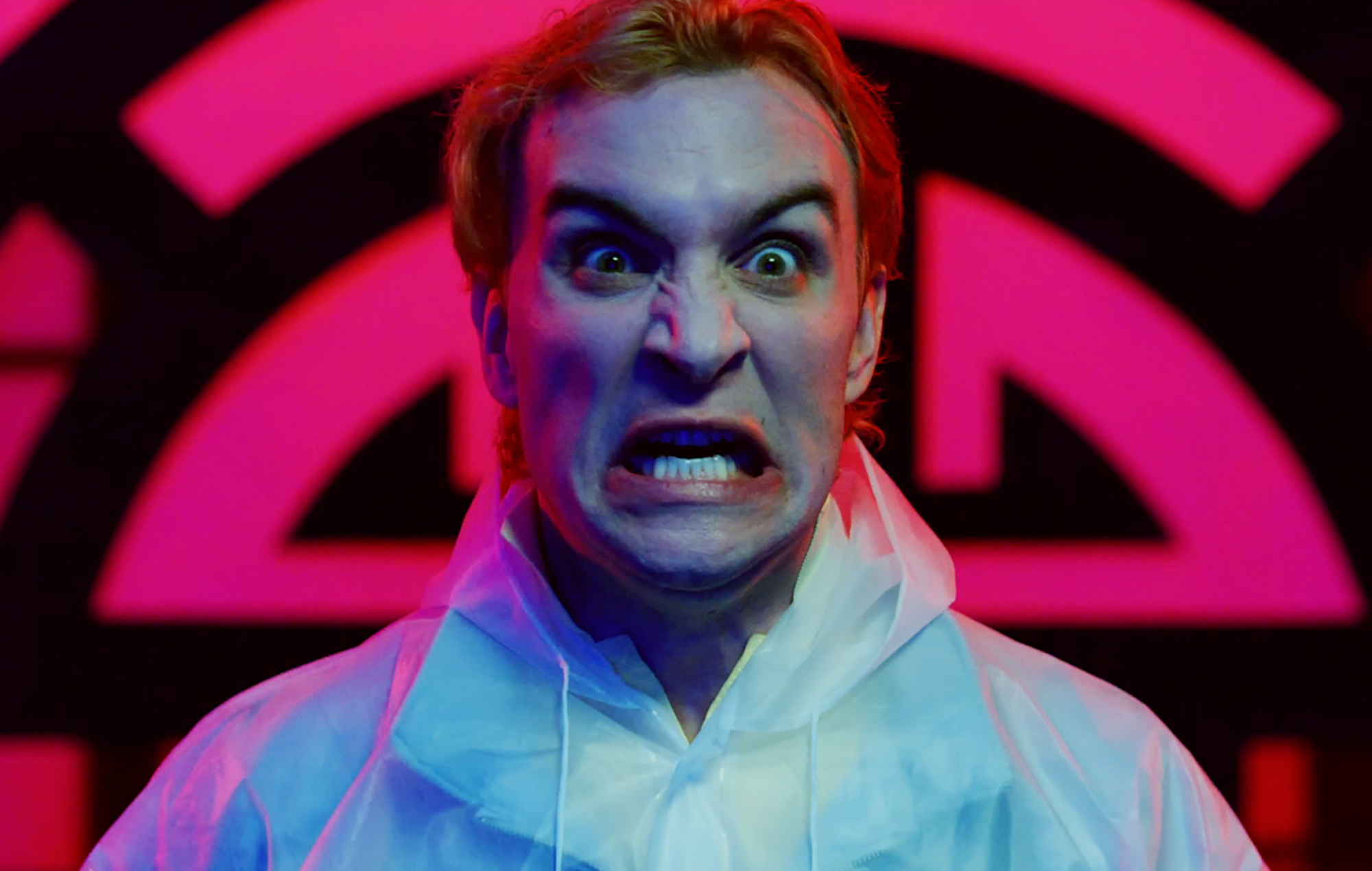 Did you hear that? The weighty clunk of a gauntlet being thrown down? You see, Vicious Fun is a horror film about an obnoxious horror film critic and it’s relatable. Joel, a critic for Vicious Fanatics magazine, doesn’t realise he’s living in a golden era of horror (and print publishing, come to think of it) in the well-realised 1980s setting. Instead, he’s difficult to impress, snarky and self satisfied. He also dresses badly and is hopelessly in love with his roommate, a predicament that leads him to stalky behaviour considered fair larks at the time but now bearing the hallmarks of an incel. So, yes, Vicious Fun, your character hurts the humble horror critic with its cruel stereotyping.

But before I away to my basement to flog myself with old copies of Fangoria, I grab that gauntlet, wield my poison pen and – annoyingly – struggle to say anything bad about this great little indie film, in which Joel, played by the likeable Shazam! star Evan Marsh, unwittingly stumbles into a secret serial killer summit meeting while honking drunk at a bar. To blend in, he pretends to be a killer cabbie but – in another savage blow to the horror critic community – it turns out Joel sucks at coming up with stories himself, and his lie unravels quicker than a mummy on a bungee jump.

Besides, a ‘killer cabbie’ is kids’ stuff compared to the enjoyable rogues gallery assembled here, particularly Julian Richings as Fritz, an evil physician who revives and re-kills his victims – and dresses as a clown – and Ari Millen as Bob, a womanising, ‘Members Only’ jacket-wearing, psychopathic estate agent.

Vicious Fun is definitely one for those who enjoyed recent lowbrow romps The Babysitter (2017), Satanic Panic (2019) and Ready Or Not (2019). It might also appeal to fans of TV’s Killing Eve, if you can tolerate a far less nuanced female assassin anti-hero (Amber Goldfarb’s ice-cold vigilante Carrie) at what is otherwise the world’s least appealing sausage party.

Writer/director Cody Calahan impressed last year with his intimate thriller The Oak Room, which earned itself an impressive 90 per cent rating (from horror critics, just saying) on Rotten Tomatoes. This sidestep into comedy horror is a bold one – because it’s not easy to balance laughs and scares as competently as this – but it all works. If Calahan is reading, we’d happily take a Vicious Fun prequel telling the story of boorish suburban serial killer Zachary, played by Anchorman actor David Koechner.