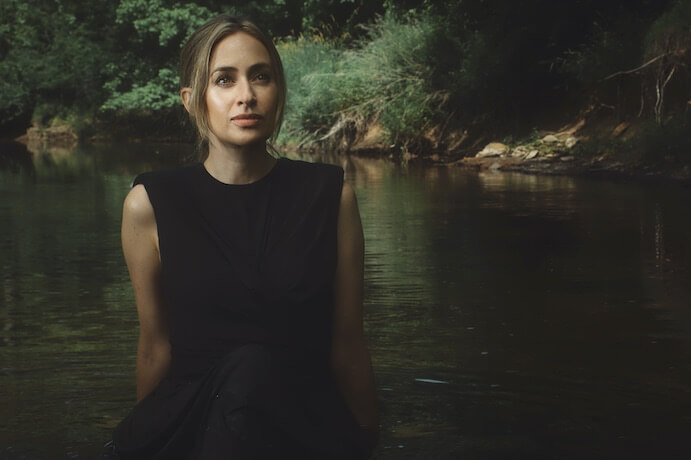 Ranging from architectural to celestial, the video album of Sarah Kirkland Snider’s Mass for the Endangered invokes stained glass tableaus, planetariums, atomic structures, and kaleidoscopic mandalas, all connected by the natural world. The series of six animated films by interdisciplinary visual artist CandyStations (aka Deborah Johnson) each depict a movement of the Mass through stunning hand-drawn, digitally-manipulated content.

“Gloria” is the second movement Mass for the Endangered, released by New Amsterdam and Nonesuch Records in September 2020. Originally commissioned by Trinity Church Wall Street, the album features the English vocal ensemble Gallicantus conducted by Gabriel Crouch. The libretto by Nathaniel Bellows combines the traditional Latin texts with new material to create “a prayer for endangered animals and the imperiled environments in which they live.” Here’s what Sarah had to say about “Gloria:”

In most traditional settings of the Catholic Mass, the Gloria movement is grand and celebratory, a salute to the Lord Jesus and His Glory. But when I read the translation of the Latin and imagined endangered wildlife in the place of God and/or Jesus, the text actually struck me as tender and wistful – particularly its repetition of “you alone,” which took on new meaning in the context of species extinction. Instead of, “For you alone are the Holy One, you alone are the Lord, you alone are the Most High,” I imagined, “You alone are the Bengal tiger, You alone are the polar bear, You alone are the red wolf.” In other words, each species is unique and irreplaceable. I thought about the relationship between Mother and Child, the cycle of nurturing that keeps the species alive, as well as that between Mother Earth and each living creature. Imagining the text this way led me to see the entire movement as an expression of deep affection for all wildlife, and gratitude to the Earth for its nurture and sustenance.

In addition to watching the video below, you can explore an interactive version on your computer (click and drag to reveal the hidden image).

You can purchase the Mass for the Endangered album here.

Previous videos in this series can be found here:

Recently deemed “one of the decade’s more gifted, up-and-coming modern classical composers” (Pitchfork), “a potentially significant voice on the American music landscape” (David Patrick Stearns, Philadelphia Inquirer), and “an important representative of 21st century trends in composition” (New York Classical Review), composer Sarah Kirkland Snider writes music of direct expression and vivid narrative that has been hailed as “rapturous” (The New York Times), “groundbreaking” (The Boston Globe), and “poignant, deeply personal” (The New Yorker). With an ear for the poetic and the architectural, Snider’s music draws upon a variety of influences to render a nuanced command of immersive storytelling. Of her orchestral song cycle, Penelope, Pitchfork‘s Jayson Greene proclaimed: “Snider’s music lives in…an increasingly populous inter-genre space that, as of yet, has produced only a few clear, confident voices. Snider is perhaps the most sophisticated of them all.”

Deborah Johnson, aka CandyStations is an interdisciplinary artist and designer, specializing in stage design and performance visuals. She has worked with artists including Sufjan Stevens, M83, Sofi Tukker, St. Vincent, Sarah Kirkland Snider, Annie B. Parson, Ray LaMontagne, Bang On A Can, and Wilco, with performances at Coachella, Disney Concert Hall, Brooklyn Academy of Music, The Museum of Modern Art, MASS MoCA, Radio City Music Hall, Madison Square Garden, The Fillmore, The Ryman, and Wiener Konzerthaus. Johnson has created site-specific performances and installations at SXSW, Sundance, Brooklyn Academy of Music, 92Y Tribeca, MoMA, Chicago’s Millennium Park and the Baltimore Museum of Art, and completed residencies at MASS MoCA, The Experimental Television Center and The Atlantic Center for the Arts.

Working as CandyStations, Johnson celebrates the collaborative nature of live-performance, accessing a diverse network of like-minded fabricators, lighting designers, artists, and programmers to create transcendent, responsive experiences by merging digital and handmade processes. There’s everything from lines of code to piles of charcoal in this studio. Her motto is: “If it works, she uses it — there are no rules.”