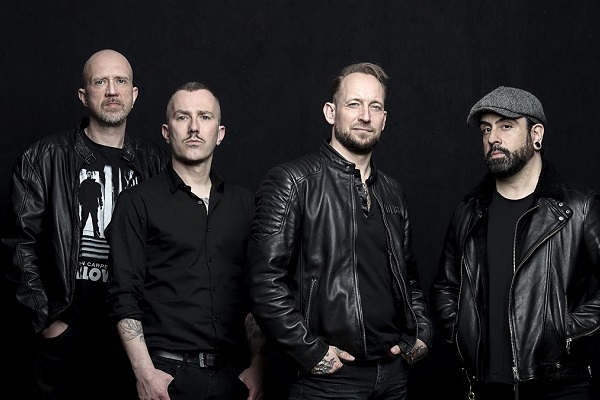 Danish metal band Volbeat are getting ready to release their eighth studio album, “Servant of the Mind”

Volbeat are back with a new album, as the Danish metal outfit has announced the details of their eighth studio set. The new record, “Servant of the Mind,” will hit stores on Dec. 3 viva Republic Records.

“Servant of the Mind” features 13 new tracks, plus four bonus tracks that arrive exclusively with the deluxe packages. The deluxe version packs two alternate versions of album cuts, as well as covers of Wolfbrigade’s “Return to None” and The Cramps and Roy Orbison’s “Domino.”

“I wrote the whole album in three months,” Volbeat guitarist and vocalist Michael Poulsen said of “Servant of the Mind” in a statement. “I was in a good place and mood while at home, and had a captive audience of myself… There are a lot of Volbeat signatures in it. If you go back to the first record and compare it to where we are now, you can hear how the band has developed its style, while keeping the signature sound.”

In addition to announcing the new album, Volbeat have released a new single, “Shotgun Blues,” a hard-charging metal track that sees Poulsen drawing inspiration from some possible ghosts in his new home.

“Every time you move into a house, you bring dead people with you,” he said. “Weird stuff happens when I move into a [new] house… it’s very otherworldly.”

“Servant of the Mind” follows Volbeat’s 2019 studio release, “Rewind, Replay, Rebound.” Last summer, the band put out two new tracks, “Wait a Minute My Girl” and “Dagen Før,” both of which will be included on the set.

Watch the music video for “Shotgun Blues” and view the track list for Volbeat’s Servant of the Mind below. Find pre-order information on Volbeat’s website.

In other news, Volbeat are currently on their “Wait A Minute… Let’s Tour” run. They’ll hit the road with Ghost and Twin Temple in 2022 for another U.S. run.