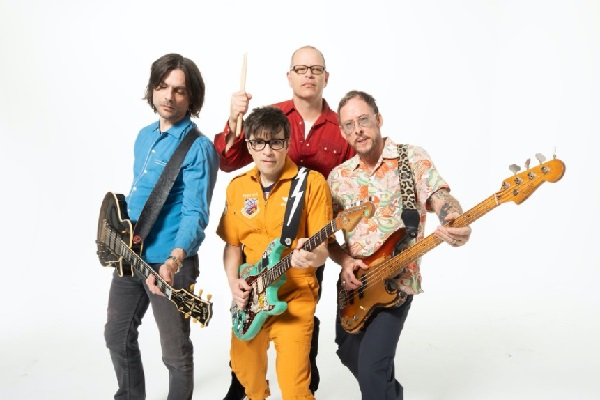 “Hash Pipe,” Weezer’s 2001 hit, could have seen a different fate as an Ozzy Osbourne track

Weezer are known for their high-energy pop-rock sound, which is quite different from the dark, sludgy metal of Ozzy Osbourne. That said, it should come as a surprise that one of Weezer’s biggest hits, 2001’s “Hash Pipe,” could have actually been an Ozzy song.

Speaking with Guitar World, Weezer vocalist Rivers Cuomo explains that before recording “Hash Pipe,” he pitched the song to Ozzy.

“Once, I think it was in 2000, (Ozzy Osbourne) asked if I had any songs for him, and I just happened to have written ‘Hash Pipe,’” Cuomo told the publication. “I sent it to him, but he didn’t end up using it. In another reality, it might be interesting to hear him singing that song.”

It’s difficult to say what “Hash Pipe” would have sounded like as an Ozzy Osbourne solo song. Weezer crafted the tune into a high-energy, riff-heavy, three-minute ditty that hit No. 2 on Billboard’s U.S. Alternative Airplay chart.

“They get half the song, or something like that,” Cuomo explained regarding the song credit. “It’s kind of like a sample, really, but we played it.”

“Van Weezer” is available now. Weezer will spend this summer on tour with Green Day and Fall Out Boy on the Hella Mega tour, which sets off in July. The trek was supposed to take place last year but was postponed due to the coronavirus (COVI19) pandemic.