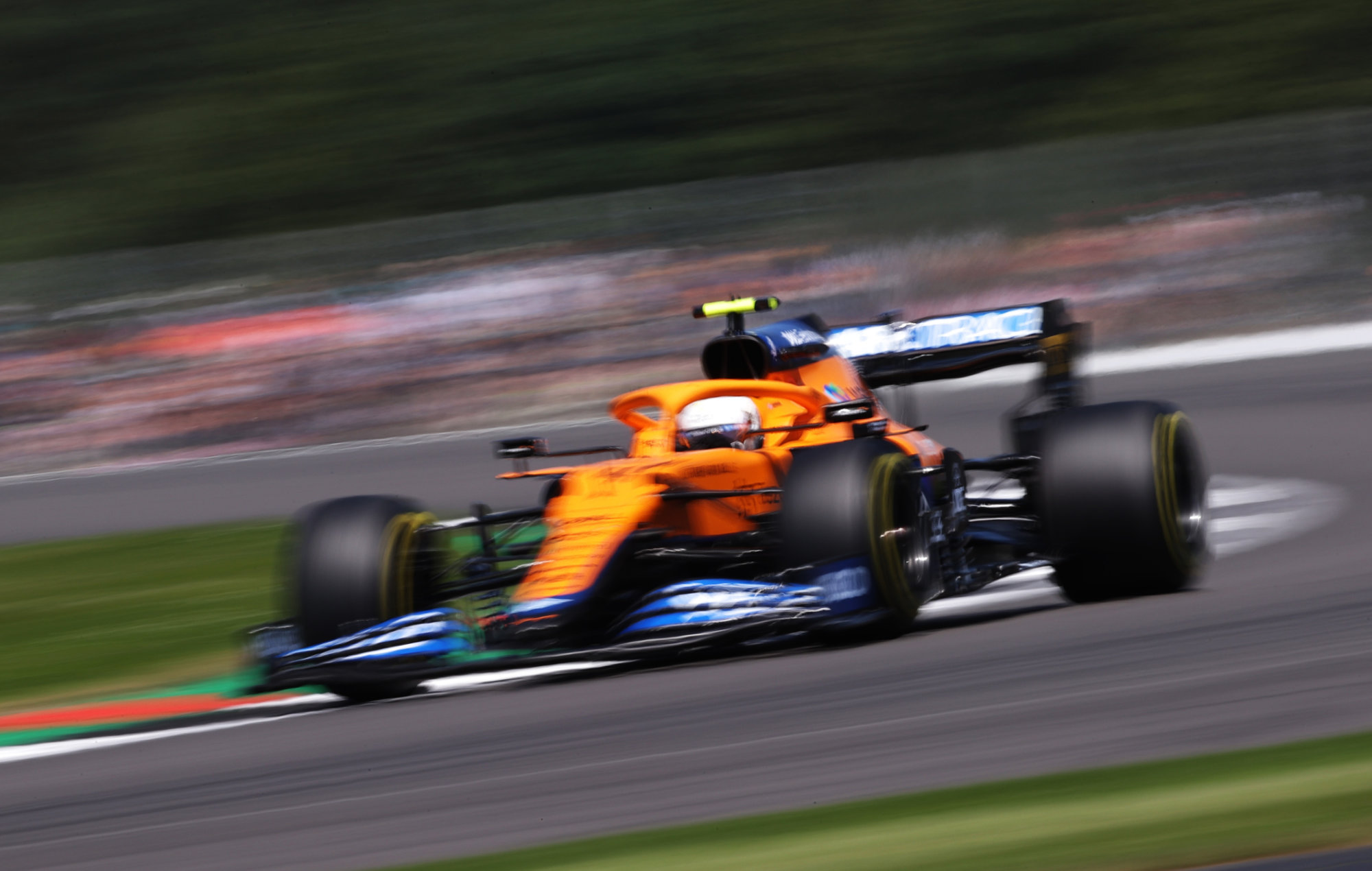 Ah, Formula One. You know, like in Rush. The screaming engines, the fireball crashes, the gazing into your rival’s eyes with piercing intensity that borderlines on obsession.

It’s still around, although things have changed a hell of a lot since then. Safety has improved (although crashes are still dangerous), homoerotic narratives about rivalries have, if anything, stepped up a few notches. Although the cars’ hybrid systems have given them a slightly different tone, they still howl round circuits at impossible speeds.

The technology in F1 is ridiculous, out-of-this-world stuff. Research centres that develop the cars are like Stark tower, whole departments creating tiny pieces of what you see on the track. When a small number of F1’s engineering workforce applied itself to making a new ventilator, during 2020’s lockdown, it took them just ten days to design and a month to make 10,000.

So it might surprise you to know that McLaren has chosen to use a chunk of their factory, the high-tech base known as MTC, for a gaming room.

They’ve announced McLaren Shadow Studio, a dedicated space kitted out with Alienware and Logitech gear for the McLaren esports team to train, work and make content in.

Oh, yeah. McLaren has an esports team. Unlike the way Honda sponsors Liquid, it’s their own homegrown thing, starting from the F1 game and running things like World’s Fastest Gamer, which takes sim racers to actually driving real cars.

And it’s not just a sidepiece to their real-world racing. Actual McLaren F1 driver Lando Norris is an enthusiastic sim racer and explained how the McLaren Shadow Studio came about. “Obviously, it started a while ago, everything from when McLaren Shadow first started, so it’s been a while in the making.

“I think it’s just cool to see how it’s growing and how there’s more focus on it and more people working there and stuff like that. Just the growth of the whole sector of esports, both in general but also in particular in McLaren.

“We were, I think, the first Formula One team to really put a lot of effort into it and the resource and things like that, which I was happy to see because it’s something I’ve grown up with massively. I care and I love taking part in and trying to help out in it.”

Norris isn’t just a passive representative for the esports side of McLaren, he actually, genuinely is into it. “Whatever happens now, I will say I’m going to break or whatever, but I’ve got to just go in there [to the McLaren Shadow Studio] and hop on the simulator for a while.

“It’s good to see them putting even more effort into it and trying to expand it. I’m trying to help out the F1 esports drivers when they do go in, they can also hop on it too, so it’s cool.”

F1 Esports, the contest run by the main championship, has been astronomically growing since it was launched in 2017. Back then, it was a pretty hastily put-together contest, using the officially-licensed Codemasters F1 game and a simple qualifying format. Now, it’s got one of the biggest prize pools in sim racing ($750k) and draws millions of viewers.

Norris knows better than anyone the parallels between actually driving at 340 kilometres an hour and doing it virtually. “I think most of the actions you do in an actual race car are the same actions you do on a simulator.

“You’re still required to turn a steering wheel or press the pedals. And the techniques of everything are exactly the same. And I think that’s something that’s cool about racing, is that you can do a lot of these things in a very similar way to actually driving a car.

“It’s very difficult to replicate kicking a football in a simulated way for a game. It’s basically just impossible. So it makes up for the fact that we can’t just go and pick up a race car-like footballers can just go and pick up a football and go and practice wherever they want, in your garden, in a field – we don’t have the accessibility of doing that within racing, but when we do practice something, how accurate and correlated it is to the real thing is also very advanced.”

Like all F1 drivers, and despite his hobbies pretty clearly being desk-based, Norris has to be ridiculously fit to actually do the job IRL. But sim racing offers a way softer physical option, which is good news for any of us who haven’t spent the pandemic getting ludicrously buff but still reckon we could give it a good go, given a chance in a race car.

“There’s nowhere near as many of the physical attributes to having to drive, you can just sit in your seat at home and have fun, so it’s different,” he explained.

“There are some things which are very different and difficult to compare against. The things I always say, which are g-force, fear and cost, if you could somehow have them in the simulator, I think it’d be very, very close. And the feeling you would get [would be] very similar.

“But because you don’t have these three things, you’re not scared to just crash into a wall and you can just hit the reset button – you can’t do that IRL in an actual race car.”
McLaren Shadow Studio isn’t just about sim racing, though. The weirdly bland word ‘content’ promises something a lot more exciting than it sounds; an F1 team embracing streaming and videos in a way that most of them – and the sport itself – are only just waking up to.

There’s a reason it’s McLaren, and it’s a lot to do with Lando himself.

At just 21 years old and in his third season of F1, Norris is, to put it mildly, absolutely killing it this year. McLaren sometimes has the third-fastest car on track, behind Red Bull and Mercedes, but given both those teams have two drivers each, it’s amazing Norris is currently third in the world drivers’ championship. He’s only being beaten by CoD fan Lewis Hamilton and fellow sim racer Max Verstappen, putting gamers very much at the top.

That might sound like enough to be getting on with, but Norris has also turned his Twitch-streaming hobby into a side career and become the CEO of his own content team, Quadrant. Drivers are meant to guide their teams, but it tends to be, like, which way the front wing of their car needs to be set up, not how to reach a whole new audience.

“I did it before I had to, it’s not a job, for me, it’s not something I have to do,” says Norris, about his passion for making stuff.

“It’s like I’m giving these cool opportunities as well to people, who I’m lucky to have as part of Quadrant, and we’re trying to expand and bring in more people and for them to be part of it. They all came to Silverstone last weekend, which is pretty awesome.”