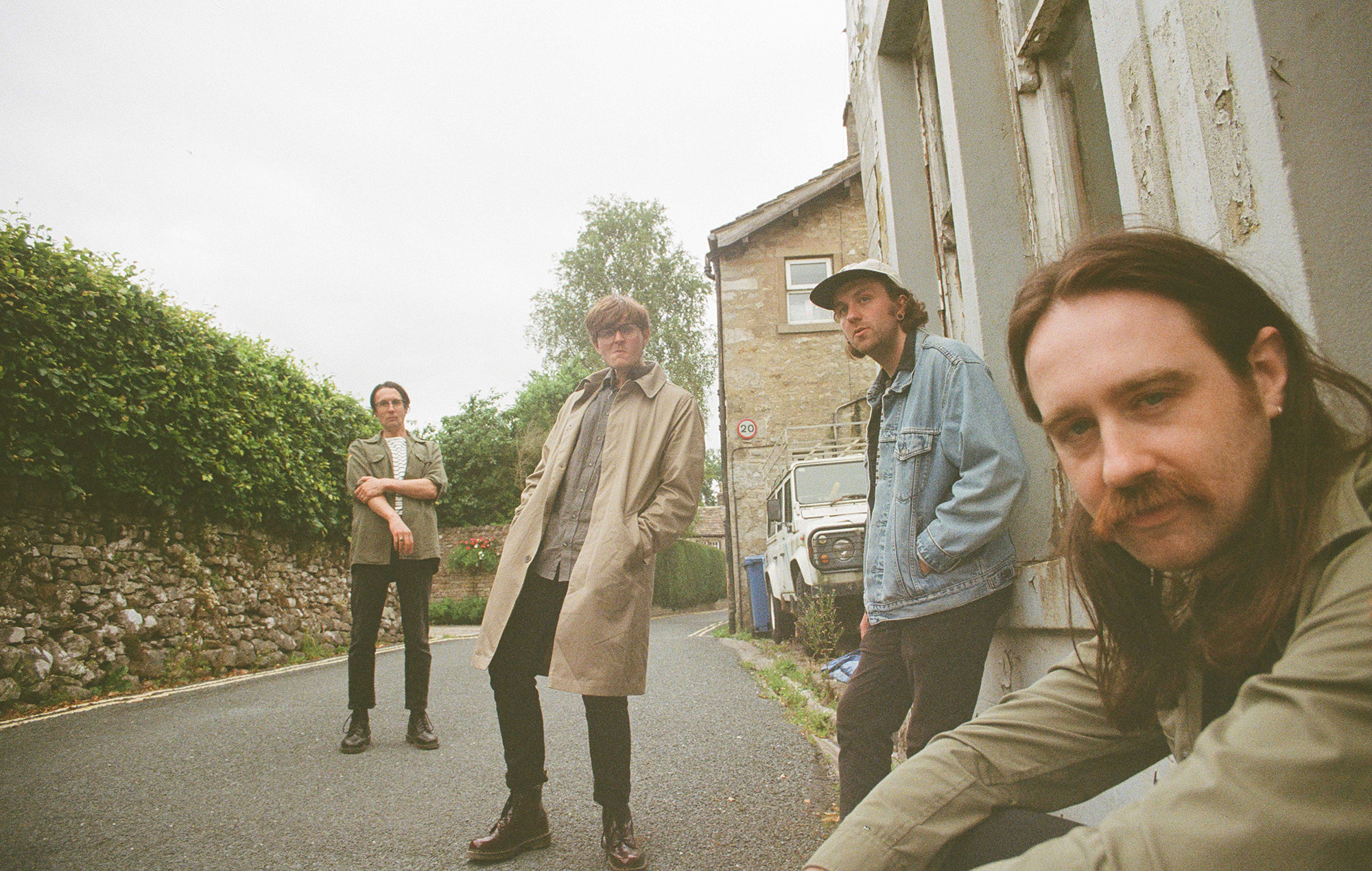 Yard Act have shared details of their debut album alongside its title track, ‘The Overload’.

The album, which is released on January 7, 2022 via Zen F.C., precedes the band’s first headline tour (UK and Europe) early next year. The Leeds band also head out on the road autumn for previously announced dates.

Title single ‘The Overload’ has arrived today (September 7) with a James Slater-directed music video, which you can watch below.

Vocalist James Smith said of the new song: “‘The Overload’ serves as an overture to the album. It’s written from the perspective of someone sitting in a pub overhearing snippets of all these different conversations from different characters and acting as a vessel, a medium even, for their own thoughts and opinions.

“That cut and paste approach means it’s hard to decipher where one person’s musings end and another’s statement begins, and that feels like a fairer representation of why human existence is at the point it is right now. Society doesn’t prevail because of the absolute, it struggles on in spite of it. It’s our ability to compromise which helps us to coexist.”

“The second verse is dominated entirely by this character called Graham, a man more sure of himself than most. Maybe it’s both a blessing and a burden that the rest of us can learn to compromise with the Grahams of the world which allows society to stumble on. I’ve defended Graham as a harmless relic of the past, struggling to stay relevant in the modern world, but this Graham is a little more vicious than the Graham from ‘Fixer Upper’,” continued Smith.

“Maybe it’s the heightened paranoia that’s come with two years living through the pandemic that’s given him a little more edge. He’s still like the rest of us though, no matter how tough he acts.”

Of the album itself, the singer added: “Lyrically, I think it’s a record about the things that we all do – we’re all so wired into the system of day to day that we don’t really stop and think about the constructs that define us. But also beyond that, it’s kind of exciting, because there’s still so much we don’t understand; how a hive mindset is forged, how information spreads, how we agree and presume things without thinking.

“Some people think more than others, but a lot of this sloganeering – ‘I’m on the left, I’m not wrong’ – doesn’t achieve anything. Gammons, Karens, Snowflakes, whatever – I find it all so boring. I’m just not into that.”

Smith added of ‘The Overload’ single: “We all succumb to fear most of the time, and it explains a lot about why we make the decisions we do. I imagine the chorus delivered by a Greek chorus; omnipresent, and encompassing the themes of not only this song, but the whole album. That’s what ‘The Overload’ is essentially. It’s everything happening at once, and it’s our tiny, feeble minds trying to process and cope with it. Good luck.”