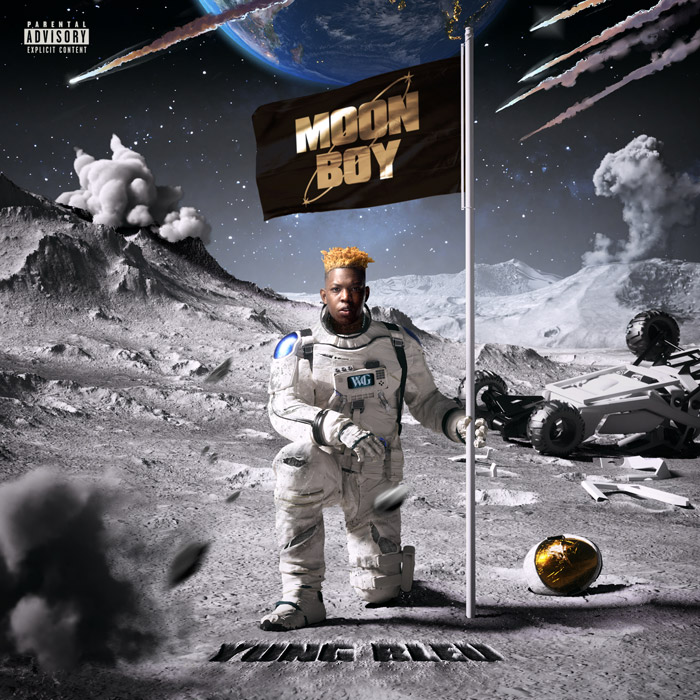 Since breaking out to the masses this past Fall with his Drake-assisted single “You’re Still Mines,” Yung Bleu has spent the first half of 2021 putting the finishing touches on his album, releasing singles, and jumping on other artist’s songs (most recently, H.E.R.’s “Paradise” and Tink’s “Selfish“). And now, the Mobile, Alabama native is finally ready to formally introduce himself to the world with the release of his official debut album, Moon Boy.

“I want to give a special thanks to every fan that made this possible. Every person who ever believed in me,” Bleu said while announcing the album. “I overcame so many obstacles this year. So many personal struggles. So many losses. It feels good to drop my first album and tell my story. Masterpiece! […] Things that seemed unreal to even think about a year ago coming out of where I came from, they really thought I was done. Everybody gave up! This is my testimony! I’m just a street dude from Mobile, Alabama that never stopped going in and never gave up.”

Press play below and be sure to add Moon Boy wherever you get music.