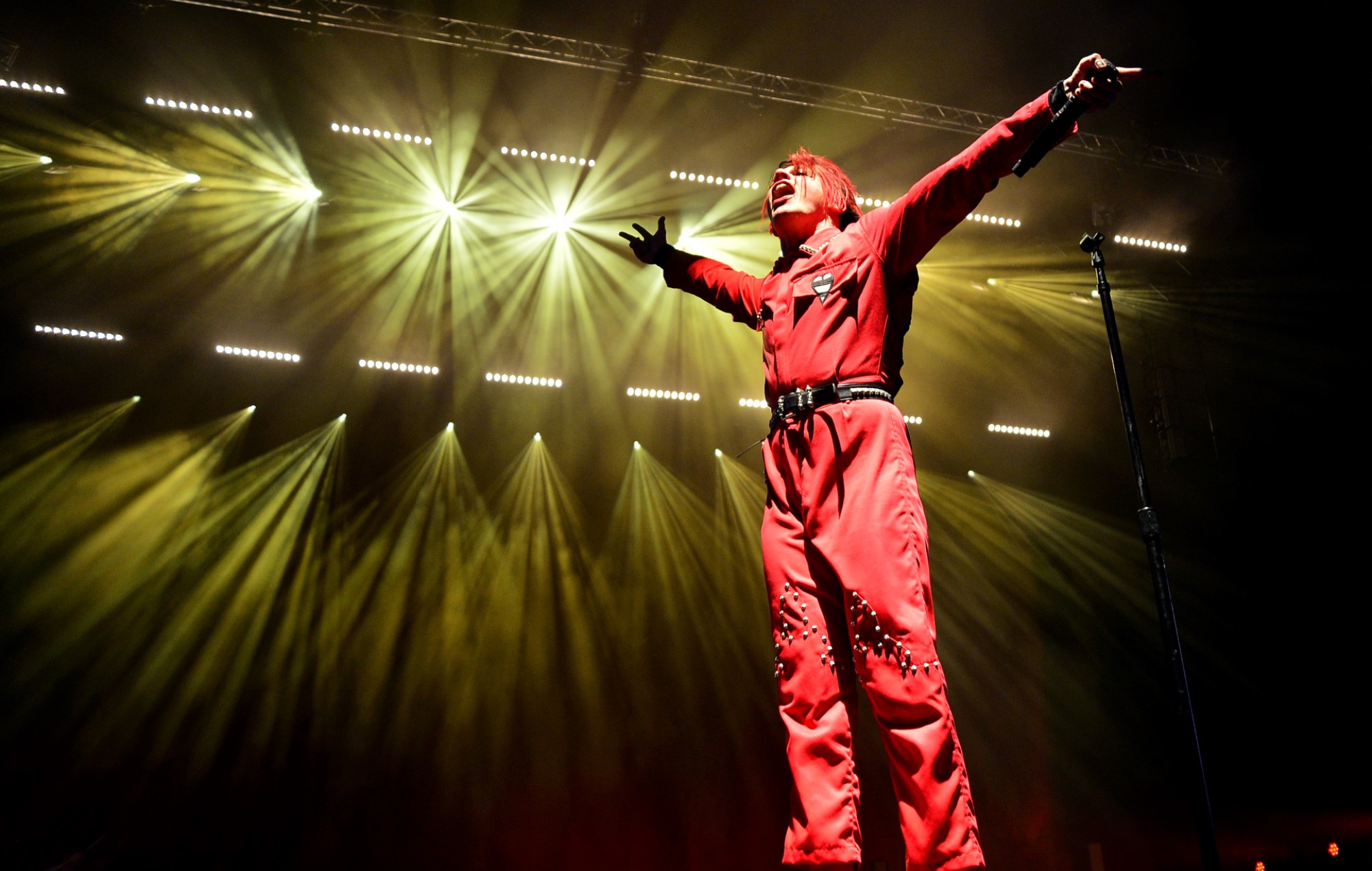 “How the fuck did this happen” asks Yungblud, hands on hips, at the biggest headline show he’s ever played. Later in the set, he calls today “the greatest night of my entire life – even better than when I lost my virginity and that was fucking sick.”

Dominic Harrison has never been shy about where he wants to eventually take Yungblud, talking about playing stadiums in terms of when, not if. Tonight at Alexandra Palace is the first time that lofty dream has really felt like a reality. While the intimate-by-comparison shows on his previous UK tour were a hyperactive attempt to cram as much energy and excitement into a performance as possible, tonight is a sprawling, emotional and dynamic run-through of the complexities Yungblud has to offer.

See, there’s more to Harrison’s music than brash teenage rebellion. Sure, ‘Parents’ is an angst-ridden blast of snotty pop-punk and the snarling ‘Medicine’ starts with the crowd being asked to put their middle fingers up and shout “fuck you, man” but Yungblud’s music isn’t just about simply feeling misunderstood.

Early outsider anthems like the ska-infused ‘I Love You, Will You Marry Me’ become moments of jubilant celebration when sung by 10,000 voices, while the bouncing ‘Anarchist’ starts with Harrison giving the room permission to be themselves – “you can look however you want to look, love whoever you want to love and identify however the fuck you want to identify,” he announces.

It’s the newer material that really steals the show though. Harrison has never been one for sticking to the outdated idea of genre but on ‘Weird!’, he really let himself experiment. Opener ‘Strawberry Lipstick’ is a lusty blast of rock’n’roll that sees bursts of flame erupting from the stage, ‘Life On Mars’ is an epic, hopeful song about belonging, while the acoustic vulnerability of ‘Love Song’ is all about acceptance and self-worth. “I’m so proud of what we’ve become,” he tells the room. By the end, he’s a blubbering mess of snot, tears and dribble. “Someone get me a drink,” he asks.

The theatrical emo rock of ‘God Save Me, But Don’t Drown Me Out’ opens the encore, all wailing guitars and heart-on-sleeve poetry, while the rumbling pop swagger of ‘Teresa’ sees Harrison playing a Union Jack piano with the stage literally on fire around him.

Despite the scale of tonight, it still feels intimate. There’s a ramp jutting into the audience meaning those that have spent two days camping outside the venue are as close to Harrison as possible. Even the people loitering at the back of the cavernous room can’t help but clamber onto shoulders and scream along with every word. Harrison is also the same empathetic ringleader he’s always been, inciting chaos and ensuring community. He reminds the room to look after one another and repeatedly tells the security at the front who needs water and who needs to be lifted over the barrier. When they’re slow to respond, he loses his temper and it’s the most furious he’s ever been onstage. Say what you like, he really does give a shit.

Midway through the set, a curtain at the back of the room drops and that infamous, giant rubber duck is revealed. It just about fits onstage but it would look right at home at say, The O2 Arena or Wembley. Harrison might not know exactly how he made it to a sell-out show at Alexandra Palace tonight but he definitely knows where Yungblud goes from here.

‘I Love You, Will You Marry Me’

‘god save me, but don’t drown me out’