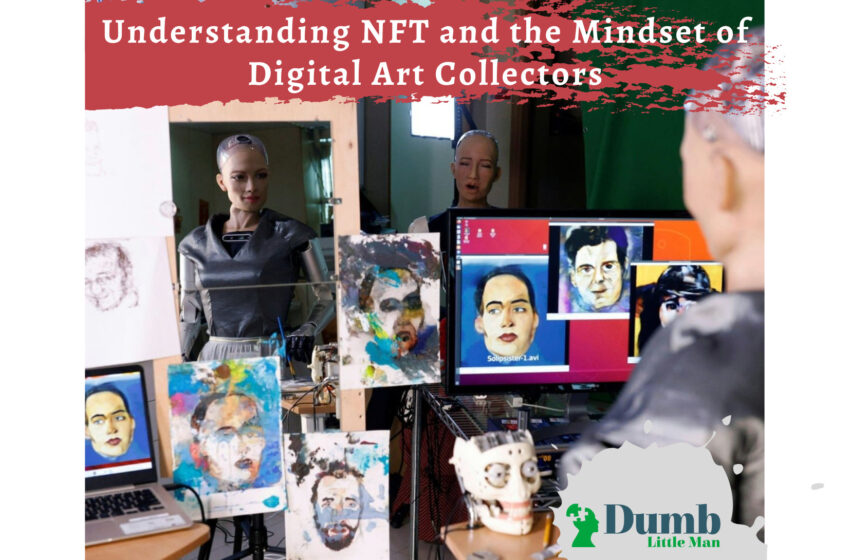 ‘Everydays: The First 5,000 Days,’ created by Mike Winkelmann, also known as Beeple, is a collage of 5000 digital images with an associated Non-Fungible Token (NFT) that was sold for $69.3 million at Christie’s in 2021, making it the most expensive NFT and one of the most expensive works by a living artist. “I’m pretty f-cking overwhelmed right now,” he confessed to a group of fans and collaborators on the chat app Clubhouse. That is mind-boggling. So, what makes NFT so unique?

Unlike Bitcoin, which is a fungible cryptocurrency, NFTs are the opposite. You will still have Bitcoin if you exchange one bitcoin for another. That is referred to as fungibility. NFTs, on the other hand, are fundamentally opposed and non-fungible, as there is no exact equivalent that can be exchanged. Consider it in terms of art pieces. You cannot exchange a Vincent Van Gogh painting for a ten-year-old child’s artwork, although they are both paintings. Digital arts differ from one another in the same way that physical arts do. To gain a better understanding of digital goods, we must first understand NFT.

What is an NFT?

NFT has emerged as a new buzzword. It stands for “Non-Fungible Tokens,” which are unique units and not interchangeable with each other.

As you can guess, these can be used to prove the ownership of digital goods. These digital goods can range from a rare piece of art to first editions or an image, video, GIF, or audio file. Potentially, anything that exists online can be purchased as an NFT. The majority of NFTs rely on the Ethereum blockchain, with a few newer alternatives.

Why is NFT the next big thing?

They are not new, despite their recent popularity. The concept has been in existence since 2012. In 2014, the first NFT was issued. NFT’s total sales value in 2014 was $250 million. It has reached $2 billion by the first quarter of 2021 despite being in business for less than a decade. According to nonfungible.com, there were between 20,000 and 40,000 unique buyers in any 30 days between March 1 and May 31 of 2021, excluding items like NBA Top Shots, which adds up to half a billion more.

Many reputable brands, such as Pizza Hut, Jacob & Co., and sneaker brand RTFKT, and the gaming industries – all find NFTs fascinating and are jumping on the bandwagon. Luxury brands see NFTs as a marketing opportunity, while customers see them as an investment opportunity. With NFTs, brands of all sizes can think outside the box and create one-of-a-kind digital assets that they might not have considered otherwise, as RTFKT did with the pair of virtual sneakers that sold out for $3.1 million.

Based on the massive increase in interest in these non-fungible tokens, it is more obvious to conclude that it is becoming a real deal among investors. So, what makes people buy them? Just for the sake of possession? Or is it to be benefited from? Or is there something more to it?

What is the driving force behind NFT?

Twitter CEO Jack Dorsey sold his first-ever NFT tweet for nearly $3 million. It’s not surprising that Elon Musk appeared to be selling his tweet as an NFT as well. However, given a bid of over $1 million, he finally decided not to sell it. For outsiders, everything may appear a little puzzling.

However, it serves a much larger purpose than simply possessing it. It has emotional significance. Those memes, videos, GIFs, and other forms of art make them feel a certain way, which is why it is no surprise that NBA Top Shot is the largest NFT marketplace by total volume. It allows fans to buy and sell video clips of their favorite players, referred to as “moments,” from recent seasons. These moments can be found on the blockchain.

Emotion is not the only factor propelling NFT forward. The authenticity that it entails is something that people regard as distinct about it. Another factor that is accelerating it forward is demand. Overall, NFTs have enormous growth potential because they can be used for art, video games, music, digital real estate, virtual trading cards, and other applications. People who get involved in this understand that it is one-of-a-kind and cannot be replicated.

There is no doubt that artwork has always been a fascinating market, and now that it is more accessible, thousands of people are getting involved. This has resulted in some intense bidding wars and unusual sales, which can be fascinating to investigate. According to Rodriguez-Fraile, NFTs are the future of the art world.

“A few years from now, this could just be how people own art,” he told Insider.

What is NFT? Is it the same as cryptocurrency?

An NFT is defined as a type of cryptographic token, but NFTs differ from cryptocurrencies in that they are not interchangeable.

What is the most popular NFT?

Beeple’s “Everydays: the First 5000 Days” sold for around $69 million, making it by far the most expensive NFT to date.

What is the value of an NFT?

Depending on the specific content of the NFT, NFTs can sell for just a few dollars to a few million dollars.

How many buyers are there?

According to a website that tracks NFT transactions on popular marketplaces, most days in April and May of 2021 saw between 1,000 and 3,000 unique wallets purchasing NFTs.

What is the largest NFT marketplace?

NBA Top Shot is the largest NFT marketplace by total volume traded, with over $600 million in all-time volume traded in mid-2021.

What is the most expensive NFT tweet ever sold?

We hope that by now, you have a better understanding of how an art collector’s mind works. What drives them to own NFTs? If you have any questions, please leave them in the comments section below. Let us know if we missed something. What are your predictions for the future of NFTs?

Nischal Shetty is the Founder, CEO of WazirX, India’s largest cryptocurrency exchange (recently acquired by Binance). He is a huge blockchain advocate and influencer with over 100,000 followers. He has also been featured in Forbes ‘30 under 30’ list in the past. Nischal has been active in the space for a long time with the mission to involve everyone in the blockchain revolution.