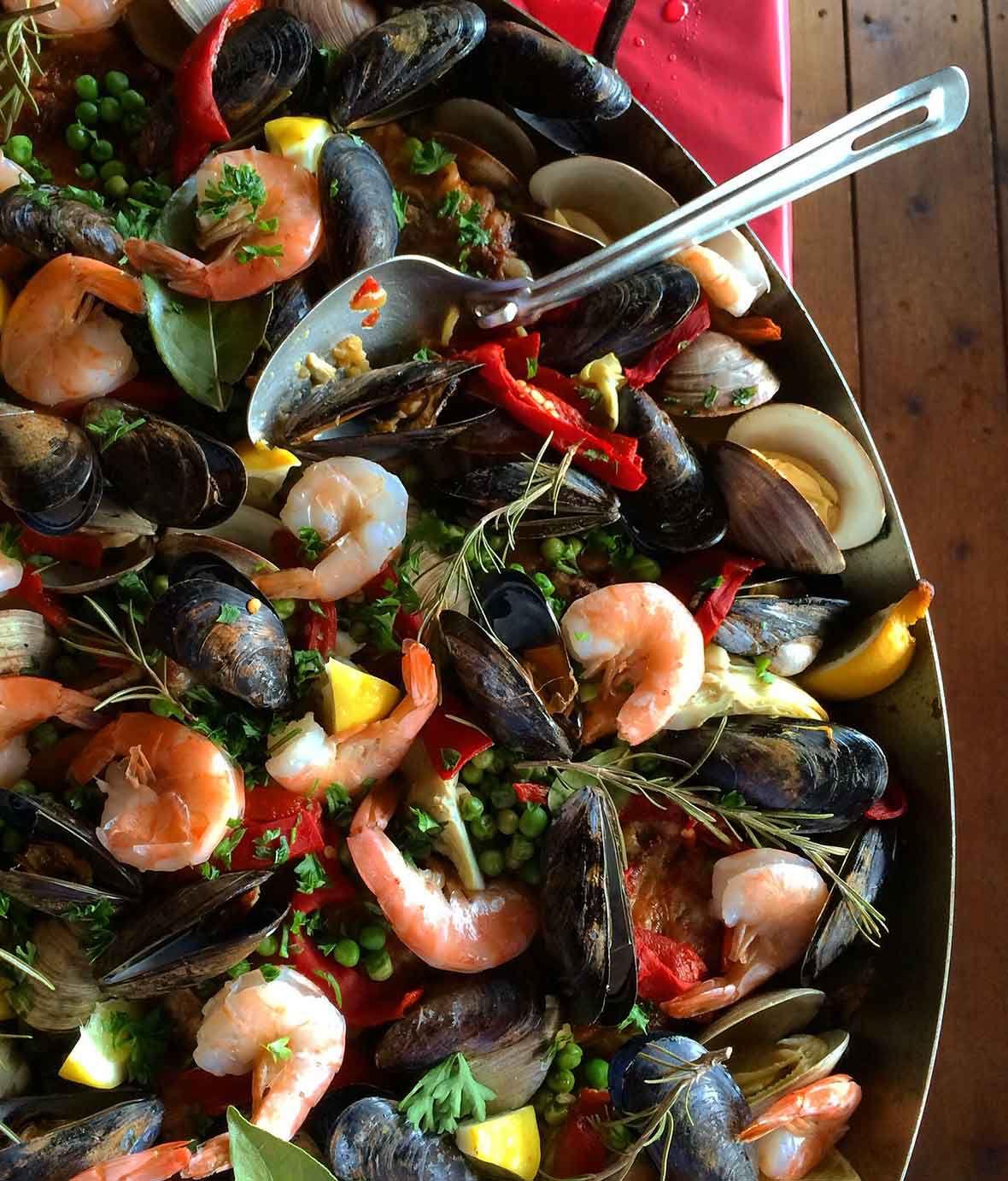 Paella is a classic dish that comes from Valencia, Spain, and is one of their most identifiable dishes. Made with a combination of shrimp, mussels, chorizo, chicken thighs, tomatoes, rice, garlic, saffron, white wine, rice, and peas, it hits all the taste hotspots. And this version can be made in a Dutch oven, no paella pan required.

Soccarat, a layer of crusty browned rice that forms on the bottom of the pan, is a traditional part of paella. In our paella, soccarat does not develop because most of the cooking is done in the oven. We have provided instructions to develop soccarat in step 6; if you prefer, skip this step and go directly from step 5 to step 7. For this recipe, we’ve suggest garnishing with parsley but you can also use fresh rosemary, as seen in the photograph.–The Editors of Cook’s Illustrated

This paella recipe calls for making it in a Dutch oven (the Dutch oven should be 11 to 12 inches in diameter with at least a 6-quart capacity). With minor modifications, it can also be made in a paella pan. Cured Spanish chorizo is the sausage of choice for paella, but fresh chorizo or Portuguese linguiça is an acceptable substitute.

The Editors of Cook’s Illustrated

*What kinds of rice can I use in paella?

This recipe suggests Valencia or Arborio rice and there’s a reason for that. First of all, paella is from Valencia, Spain, so it stands to reason that the recipe evolved using the rice from the region as well. But there’s a good reason for it–short-grain rice can absorb a lot of liquid before turning to a soft, mushy mess.
It also tends to clump together when cooked, giving it an advantage when you’re cooking up that crispy socarrat on the bottom. If you’re really, really stuck, medium-grain rice will work ok but long-grain rice will give you a completely different result that will be nothing like paella.