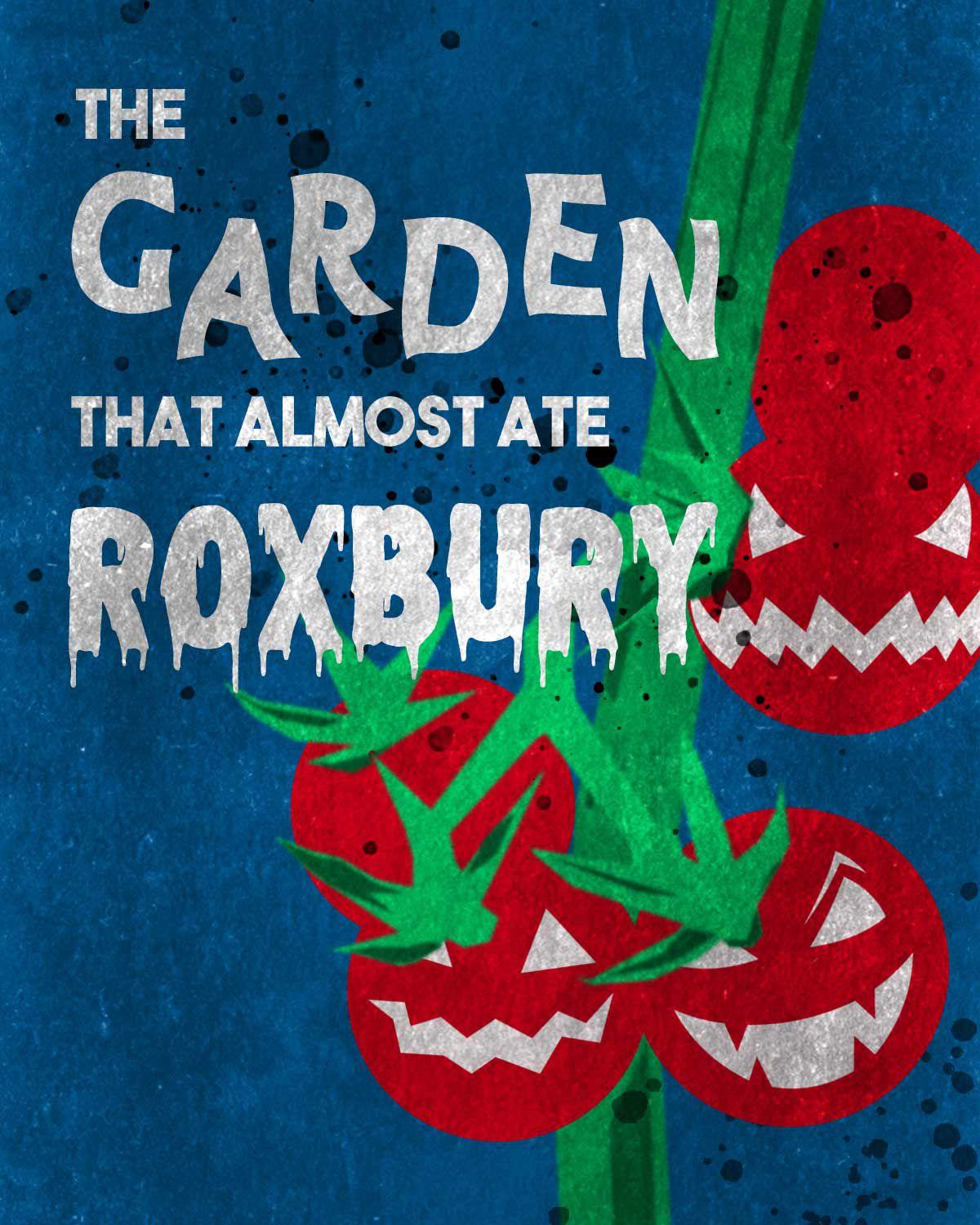 Never underestimate the power of Mother Nature. One summer, David and The One fought a nearly-losing battle against the overwhelming growth of their newly expanded garden that, for whatever reason, went berserk and threatened to bury them in mountains of veggies.

An odd and unusual thing happened to us this summer in our garden. Something almost out of science fiction. [Cue otherworldly music.]

Let me back up. Before this year, The One’s and my vegetable garden took up all of a 10-foot circle around an old tree stump. We would dutifully divide it into quarters and fill it with herbs, tomatoes, kale, and a few nasturtiums. That was it. Nothing to write home about. And, since Papa Leite is a consummate gardener, I literally never did write home. The last thing I wanted was for him to raise a grayed eyebrow and wonder, did my boy learn nothing during those long summers at Silvia’s Farm where he worked as a teenager? But this year, overcome by some deep yearning to be real men of the earth, The One and I broke ground on a garden that was more than five times the size of our old garden. In total, four raised beds, all filled with our yard guy’s organic soil.

Here’s where it gets a little weird. In no time, the plants were off and running, even though we got them into the ground more than a month late. I mean, they were ALIVE! The cilantro, which never, ever survived our hands, was huge. The five parsley plants—we planted five because at least half always die—burst into bushes more than two feet tall. Same with the potatoes, squash, cantaloupes, watermelon, cucumbers, broccoli, heirloom tomatoes, carrots, beets, and the rest of the herbs. I finally did write home to my father and send him photos. He kept saying, “I have no idea what you’re doing, son, but keep doing it.” The thing is: We did nothing!

The most peculiar were the cherry tomato plants. The One loves those yellowy Sun Gold tomatoes, and this spring he bought five plants, which was down from 10 plants a few years ago, thank you very much, because we were always inundated with baskets and baskets of cherry tomatoes by season’s end, no matter what we did. But this spring, as The One was digging in the new organic soil, he realized he accidentally bought five red cherry tomato plants. When he discovered his mistake, he looked like an investment banker who just lost his four-million-dollar bonus. I felt so sorry for him that I went back to the garden store and picked out six Sun Gold plants. I figured we’d lose half of everything anyways, as we always did, so the 11 plants would net us five in the end.

No such luck. All 11 suckers grew. And grew. And grew. In no time, they were up to my waist. Then my shoulders. The stakes we have are only six or so feet tall, so then the plants began growing downward. And, ultimately, across the white gravel paths. I measured one monster, and it was longer than 10 feet! I was starring in my own version of “The Attack of the Killer (Cherry) Tomatoes!” They were insatiable!

I walked out back several times, hedge clippers in hand, determined to cut these behemoths in half.

“Oh, no you don’t!” The One said, blocking the gate with his body.

“But this is unnatural. We have to do something. They’re overtaking the garden.”

“But look at the kale,” I said, pointing to the northernmost plant nearly consumed by the tomatoes. “It looks like a bridal bouquet compared to the others.”

“I don’t care.” He had a mad glimmer in his eyes. Something was amiss. The One would never forsake kale. He’s too much in love with it.

I had no choice. It was either them or me. That’s when I sprung into action. I harvested as many tomatoes as I could—we’re talking three or four gallons some days—and turned them into purée, sauce, and paste.

I mixed and matched, making red, yellow, and orange versions of everything.

I foisted them on friends. I insisted that Annie, my lovely assistant, take home bagfuls for her family.

I cower inside now, afraid to walk in the garden. “What the hell else do you want from me? I’m exhausted!” I scream at them. Looking out the back window, I swear I can see them waving.

Next year, we grow nothing but potatoes.