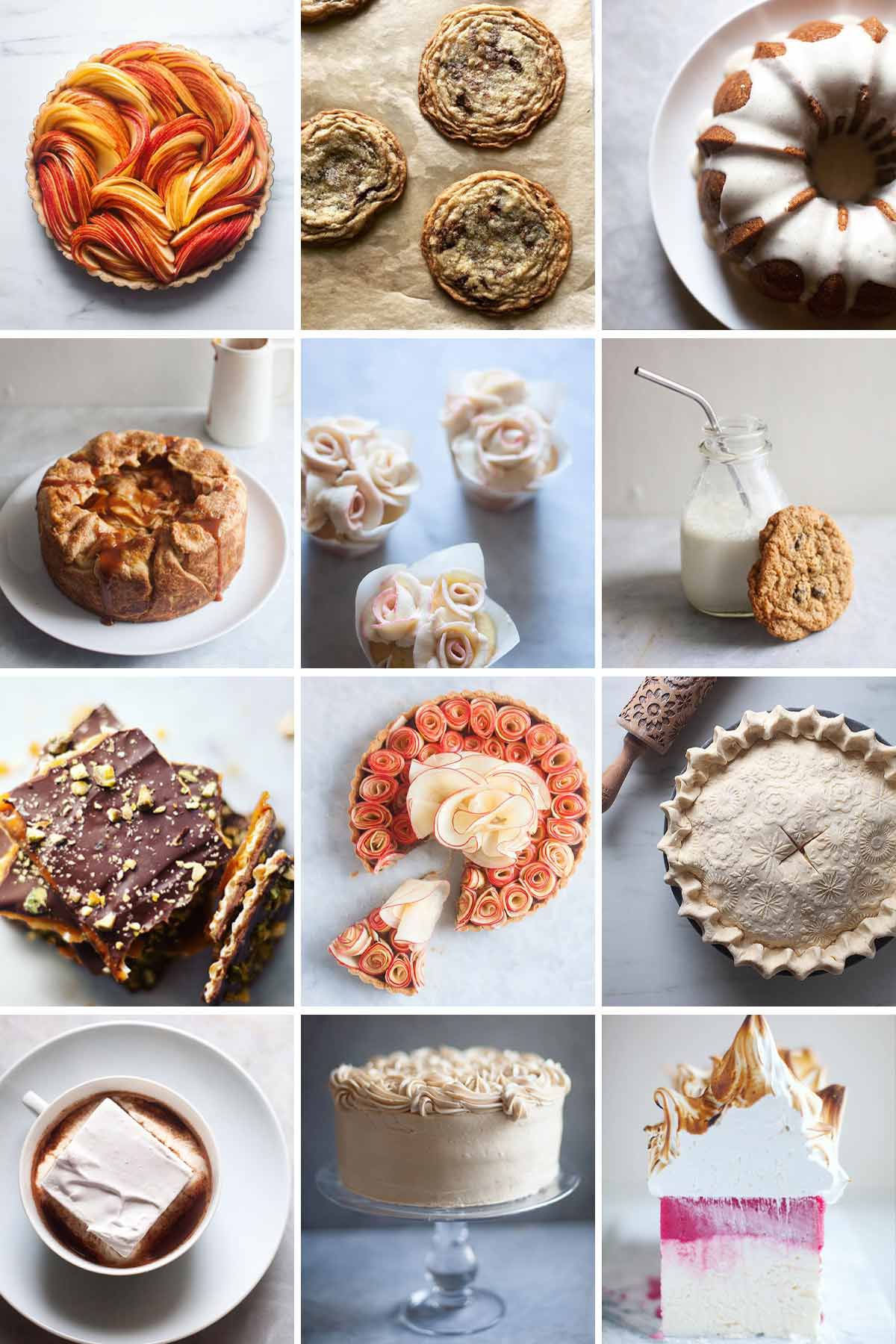 Zoe Francois, cookbook author and baking goddess, lands her own baking show, Zoe Bakes, on the Magnolia Network thanks to her stunning Instagram presence. It’s scheduled to premiere later this year and already we’re wanting more. The last time I remember aching this long with anticipation I was nine and my parents had promised me a Charlie McCarthy ventriloquist doll for Christmas—before Thanksgiving. Well, when Tzipporah wrote this article, I immediately signed up with Discovery+—specifically to watch my friend Zoë François’s new show: “Zoë Bakes” on the Magnolia Network.

I loved the first episode and returned the following week for episode two. There was none. I waited two weeks. Nothing. Three weeks. The same. I wrote Zoë; she didn’t have any more information than I did. I wrote Magnolia Network and its distributor, Discovery+. I even went so far as to tweet them, grousing loudly. All to no avail.

Recently, Zoë informed me that new episodes will kick off July 30th. So, the wait is finally over! If you haven’t signed up for Discovery+, do. If the show is anything like the first episode, it will be a hit.–David Leite

It was only a matter of time before Zoë François got her own TV show.

Zoe is no slouch. She has seven best-selling cookbooks, another on the way, and a staggering Instagram presence thanks to her uniquely stylish approach to anything baked. So it comes as little surprise to anyone who follows her that she would end up starring in her very own show, “ Zoe Bakes.”

Produced by Chip and Joanna Gaines’ Magnolia TV and scheduled to premiere later this year on Discovery+, the show is part classic baking show, part neighborhood exploration, and part reality TV. “The whole thing came about because of Instagram,” explains Zoe. “They liked the vibe of being in my kitchen, so it’s a show about me loving baking.”

“The show is first and foremost a love letter to the baking community. It’s my chance to learn from other bakers, share the craft that I love, and then demystify it for home bakers. That’s what I hope to achieve,” explains Zoe.

The show is, she continues, a dedication to every step of baking, from farming to plating. Her joy for baking is contagious, her knowledge about baking is clear, her interest in helping at-home bakers gain more confidence and skills is a true labor of love, and her affection for her adopted hometown of Minneapolis is evident in every scene.

“I’m out in the community working with other bakers and farmers and people who make this community amazing,” she says before pausing for a minute. “Filming in my community was sort of this intimate, romantic thing and I kind of forgot it would be out in the world. It feels incredible.”

Although her obvious talent is being incredibly well versed in the craft of baking, you only have to watch one of her wildly popular instagram videos to see that she’s also adept at being entirely herself on camera. “Maybe I would have been nervous if I thought it through about how many people will be watching,” she explained. “I’ve done morning shows and video stuff, but this is a snapshot of my life. I really trust the production team to portray me as I am because I can only be myself. I’ve been approached to do other shows and asked to be…a different way, but that’s not who I am and this feels genuine.”

That same authenticity, coupled with her baking prowess and warmth, is exactly what first drew people to her more than 20 years ago when she started teaching baking classes for long-time friend and collaborator, Andrew Zimmern. Francois and Zimmern met over the phone while she was still a student at the Culinary Institute of America and he was a Minneapolis restaurateur in search of a pastry chef.

Why we love Zoe

In the decades since, she’s more than earned her place in the hearts of bakers everywhere with her easy-to-follow baking tips, and enduringly popular recipe, no-knead 5-minute artisan bread, that made bread baking even more accessible to hundreds of thousands of intimidated home cooks. Her 2008 book, aptly titled Artisan Bread In Five Minutes A Day, became an instant classic and has proven so popular that it’s been updated and reprinted twice, sold more than half a million copies, and has even turned into a seven-book series. Her upcoming book, Zoe Bakes Cakes, is already widely anticipated prior to its on-sale date in mid-March. In her bio on her website, she describes what she does as, “I play with sugar and take the mystery out of baking everything from cookies to wedding cakes.” That includes pain d’épi, skillet cinnamon rolls, and monkey bread, as well as a lot of loftier and even some whimsical creations.

When asked if being on TV might change how she feels about baking, she laughed. “I don’t think so. Baking is what I do.”

© 2021 Tzipporah Shapiro. All rights reserved. All materials used with permission.