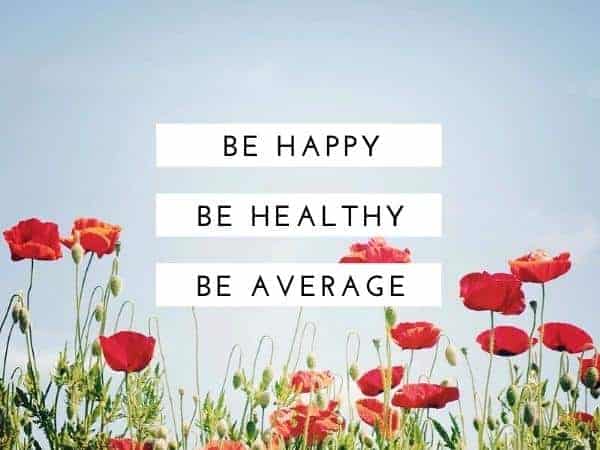 This is a guest post to help everyone (including me!) feel more positive about our bodies!

Yes, I know… there’s something very cheesy about quotes! But, sometimes, you read or hear something and the light bulb switches on and magic sparks! Body positivity quotes have often been that bright light inside my brain!

In this article, I am sharing my favourite body positivity quotes and exploring what they mean to me.

So, what is body positivity?

Body positivity is a huge movement that has been growing in recent years. It’s an idea that no one should be ashamed of their body or what they look like.

The Body Positive movement recognises that a lot of people have self image issues and that self-love is a crazy bumpy journey! It can take time and lots of emotional ups and downs.

Sounds good? Well, there are critics! A lot of them will argue that the body positive movement is encouraging weight gain, obesity and sedentary behaviour.

In fact, it often is the lack of self-love that leads to a lack of self-care and, in more serious cases, to self-destructive patterns.

Here are my favorite quotes. I hope they inspire you as much as they have inspired me.

This quote speaks directly to 16-year-old me going on a diet because I had to be “ready” for a summer trip to the coast. Gym and diet-food ads all over validated my thoughts. If I didn’t lose weight, I had to feel ashamed of going to the beach.

It took me many years to realise that the beach is a free space and you can just go and have fun! It is not compulsory to achieve a certain – often unrealistic – weight requirement.

This may sound silly, but 16-year-old-me really could have had so much more fun at the beach!

It is also reassuring to see the increase in body diversity in ads that promote bikini and sexy lingerie. Something that was not around when I was growing up!

Bottom line is – Enjoy your holiday because you are always ready for the beach! 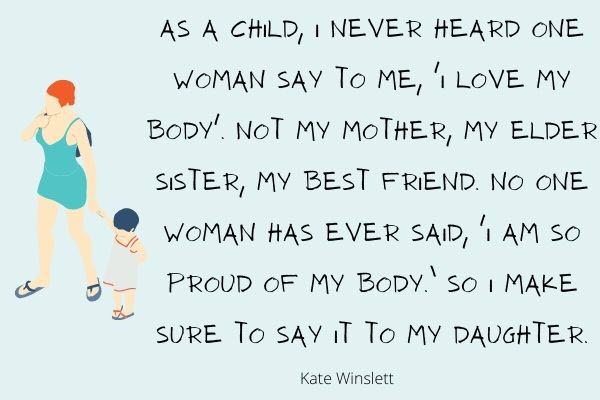 I love this quote by Kate Winslett. I was that child too and I am sure I was not alone. Growing up I was surrounded by women complaining about their bodies but also commenting on other people’s.

One of the things that strikes me the most about body-image issues is that it is a learned behaviour. I learned it from my mother, who probably learned from hers and so on!

I know how important it is for me to break the cycle with my own daughter.

This simple truth, stated by British psychologist Rober Holden, is so universal! Accepting ourselves and our bodies is one of the hardest steps towards a body-positive mindset.

This quote has particularly helped me when I fall into the trap of comparing myself to people who are simply not me! It also helped to focus on achievable and measurable goals of self-improvement.

Instead of wanting to be like ‘that TV celebrity’, my goals of self-improvement have become more like ‘I am going to walk for half an hour every day’ or ‘I commit to eating healthy and avoiding takeaways’.

Realistic goals are so much easier! 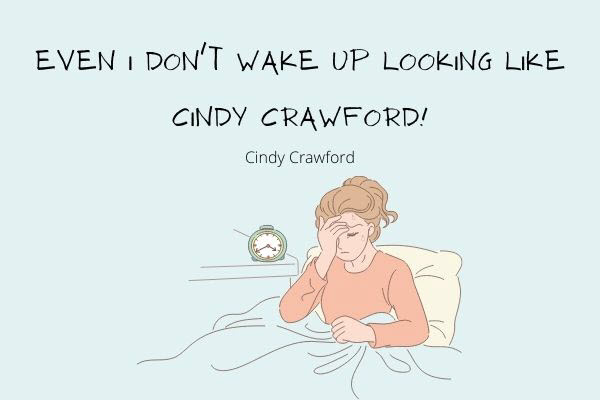 I think it is hilarious that not even Cindy Crawford herself wakes up looking like the iconic 1990’s top-model! That really says a lot about the unrealistic images that we are constantly bombarded with.

Have you ever met a famous person and thought they are not as good looking as they are on TV! I won’t name names, but I certainly have!

This quote is the perfect marriage between age-positivity and body-positivity with a hint of anti-sexism!

Although this quote is often attributed to the late Carrie Fisher, it was actually a Twitter comment retweeted by Fisher herself – safe to say it was an endorsement.

When Fisher made an appearance in the Star Wars series thirty years after her first one as Princess Leia, the media did what it does best. It couldn’t help but to say how much she had aged!!!

Hmmm… don’t we all age – after thirty years? What do people expect?

I think it is fair to say that women often feel they are held up to much higher standards – of beauty and more – than men!

In a classy move, Fisher took to Twitter to say:

Boom! I miss Carrie so much!

Have you ever noticed how a certain standard of beauty is expected even when your job has nothing to do with it? Look no further than a TV reporter.

Adele is exceptionally talented and made it to the top, but it makes me wonder how many talented artists out there have not made it because they didn’t have the look! What a waste!

I love how American singer Mary Lambert always looks so glamorous and sexy.

Lambert – who does not fit into a stereotypically ‘sexy’ body description – is always unapologetically wearing clothes that are often “reserved” for those who conform with ‘the standard’ such strapless dresses or crop tops exposing her belly!

I can’t get enough of scrolling through her Instagram feed (@marylambertsing). Apart from her amazing voice and musical talent, she is unafraid of dressing up sexy!

Quote 9 – should we workout?

This quote speaks directly to the critics of the body positive movement! A quick scroll of you favourite social media platform and it doesn’t take long to see comments like ‘you should not celebrate obesity’ or ‘stop promoting unhealthy lifestyles’.

As the quote suggests, most people are much more likely to practice self-care and make healthy choices when they love their body and, ultimately, love themselves.

Quote 10 – Getting a bikini body

Since we started this article talking about bikinis and beaches, to go full-circle, this part quote-part joke seems appropriate.

I like to remind everyone – myself included – that, in order to get a bikini-body, all you have to do is to put on a ‘bikini on a body’!

I hope you can find a lightbulb moment with these body-positive quotes! Loving our own body is hard and it is a never-ending work-in-progress mindset! No matter what stage you are in your self-love journey, I am proud of you!

Alice Queen founded Vanilla is the New Kink to promote body positivity and sex positivity. As a 48-year-old mom of three, she often found that people think she is not supposed to be sexy and feel sexy. Alice’s pronouns are she/her.