Though online dating has certainly made it easier for singles to meet other singles in their area, the art of DMing, or direct messaging, is much more complicated. But what if you didn’t have to generate your own messages at all, or got a little help from technology? What if we told you that AI could help you score a date?

We used a third-generation human language prediction model called GPT-3 from OpenAI and prompted it with several questions about what to message someone we wanted to date.

From going “exclusive” to asking for a hookup, AI offered us a variety of lines for active daters.

Then, we surveyed over 700 singles and asked them to rate the effectiveness of each AI-generated pickup line. Curious to see if AI could help your dating life? Read on to explore the best and worst of AI-assisted DMing.

Coffee? Drinks? Or not at all?

A study of 5.5 million dating app users revealed coffee to be the most popular first date idea. This is still the case, according to our survey of singles, which showed that both women and men found the line effective – though the results below also showed it’s all about how you ask. GPT-3 generated three different pickup lines, two of which involve coffee, but the more presumptuous of the two scored pretty poorly.

Single women and men agreed: A DM that expresses interest in both them and their hobbies, like traveling, is a very effective way to get a response. The act of simply reading someone’s profile and showing interest in their passions can help you get a response or continue the conversation.

Interestingly enough, men reacted more positively when the prospect of consuming alcohol was brought into the DM (57%), compared to just 43% of female respondents. Women were also much less receptive to requests to meet up than men, notably when they were told they were “cute.” Here were some other interesting points from our study:

When it comes to messaging around exclusivity, men and women differed in their opinion regarding the effectiveness of AI-generated language. 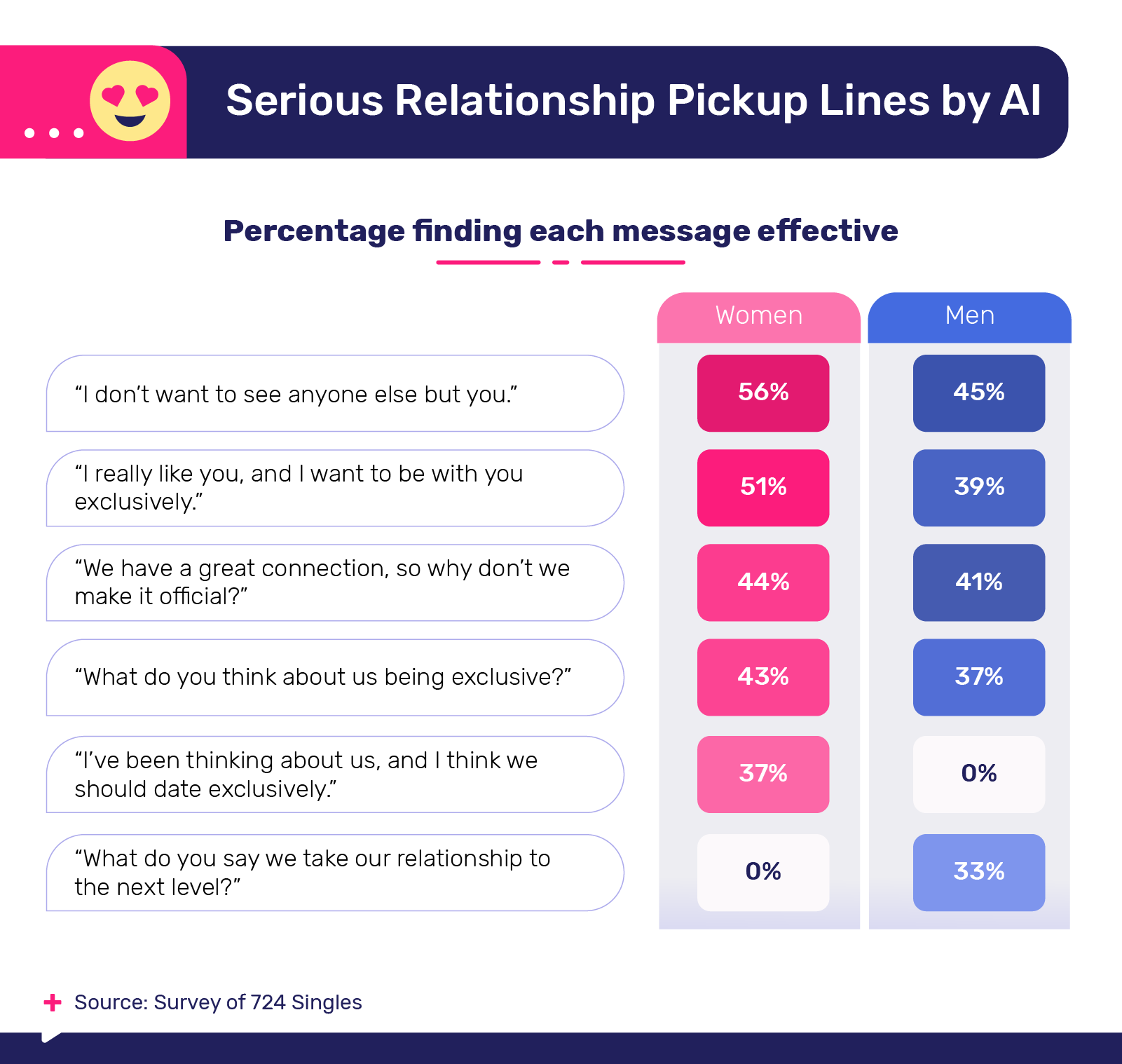 By asking respondents to only select the statements they felt were most effective, the data revealed some notable misses:

Whether it is the presumptuousness of certain statements or ambiguity surrounding terms like “the next level,” these particular pickup lines were pretty unpopular among singles overall.

Should You Text After Sex?

Texting after sex is a controversial dating issue: Single men and women differ significantly in their feelings toward a post-sex text. When asked about whether you should text someone after you sleep with them, our AI love doctor prescribed forgoing immediate texting and abstaining from initiating communication. Only 38% of women thought this advice was useful.

Most popular dating advice actually suggests the opposite of GPT-3’s advice: Some sources advise that men should send a text the very next day, and for women, it’s never too soon to text. Sending a text the day after sex seems important, judging by the fact that only 13% of singles said: “no text should be sent.” What’s a good way to initiate communication after a hookup? GPT-3 had suggestions for that as well, so we asked singles to select the texts they might realistically send in that situation. 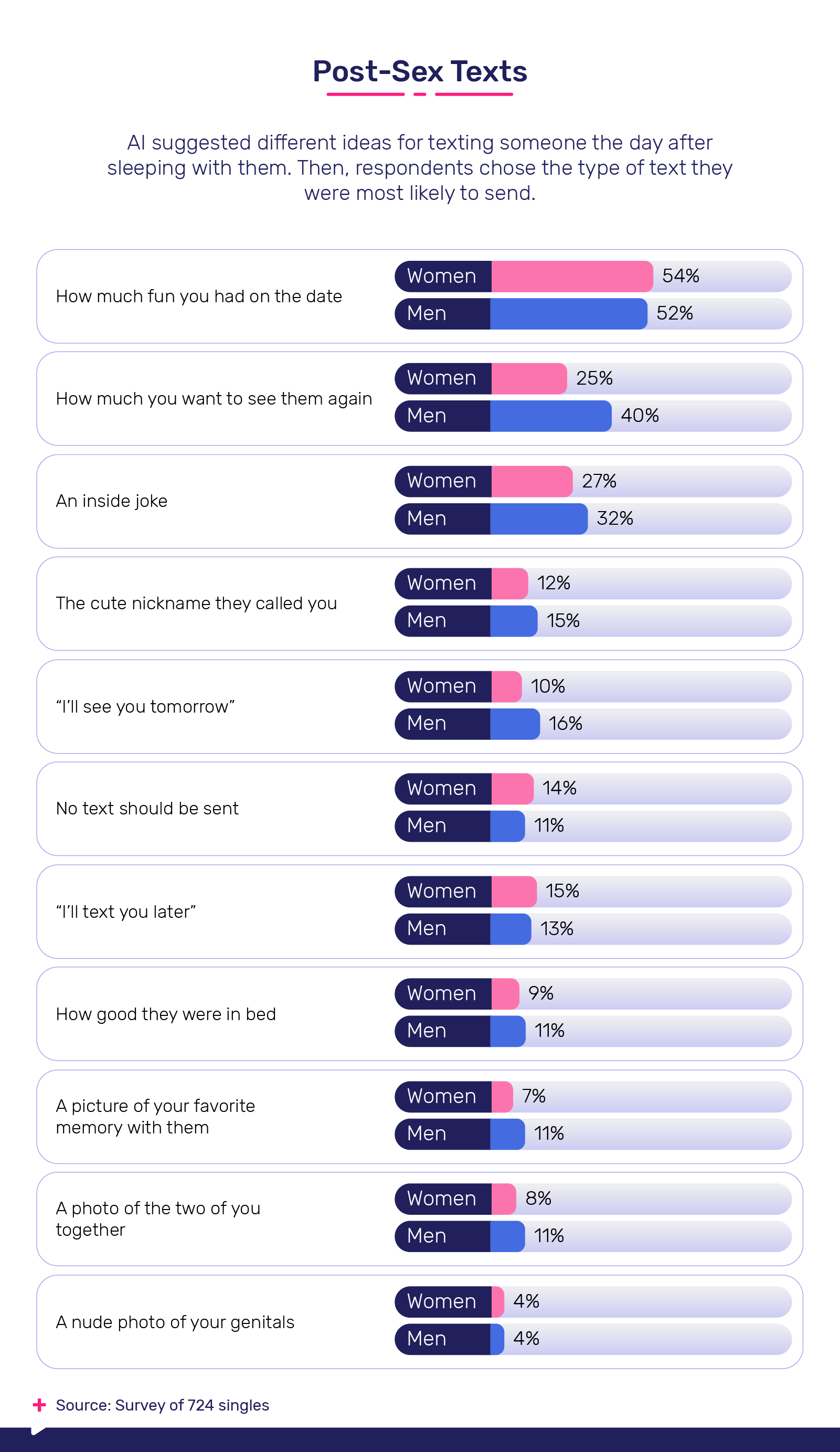 Letting the person know you had fun is a solid choice, according to the single men and women we surveyed. Less popular text topics included wanting to see your hookup partner again, while the least popular was sending nudes.

GPT-3’s one-night stand date recommendations were about as hit or miss as its post-hookup texting suggestions. Women were much less receptive to each date idea across the board, with around 1 in 5 feeling that none of the following venues felt right as the lead-up to a one-night stand. 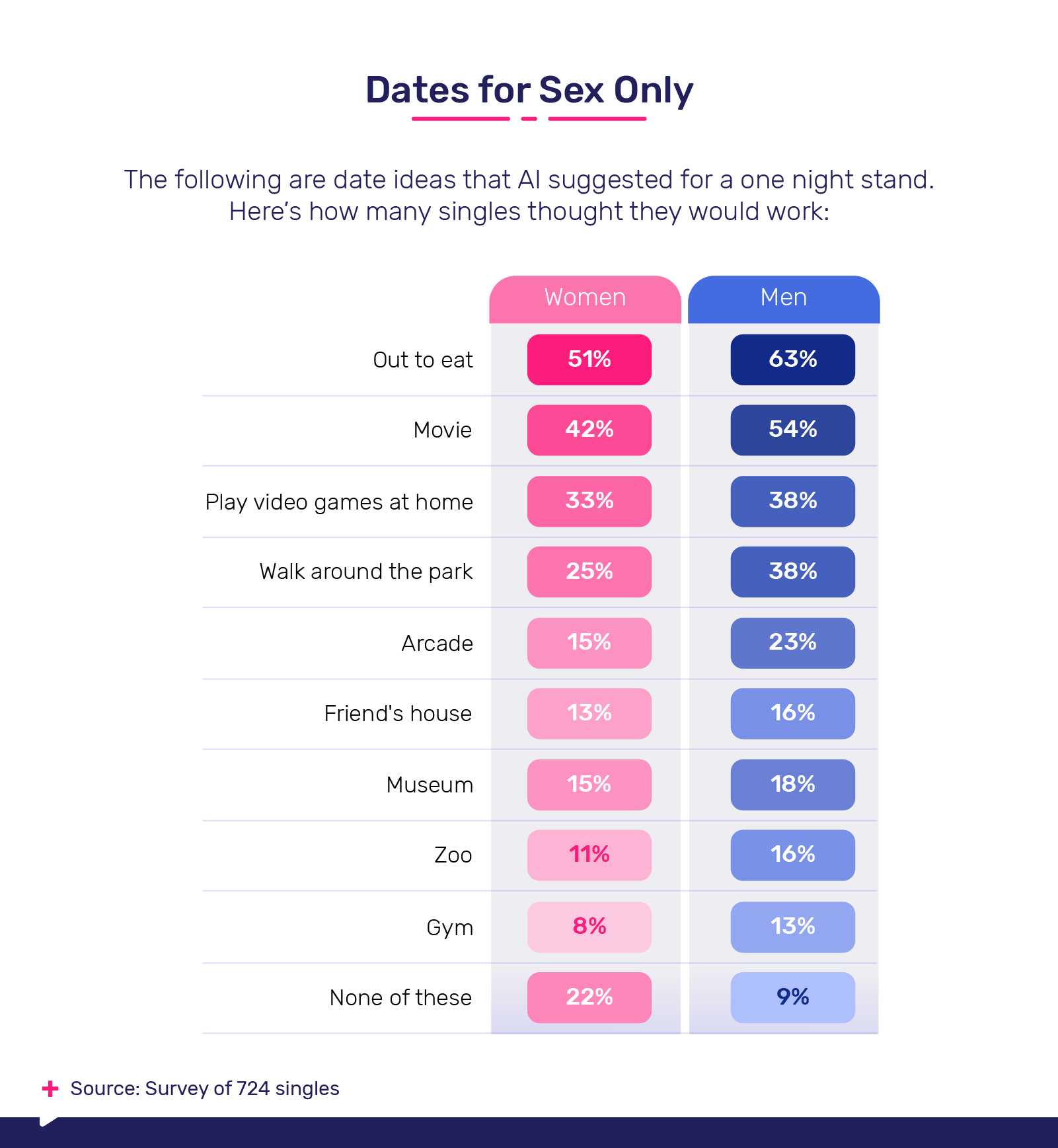 Does AI Believe in Soul Mates?

According to a recent poll, 73% of Americans believe in soul mates. However, GPT-3’s answer seemed to describe the concept of soul mates as a myth: 42% of women and 47% of men concurred, at least mostly. 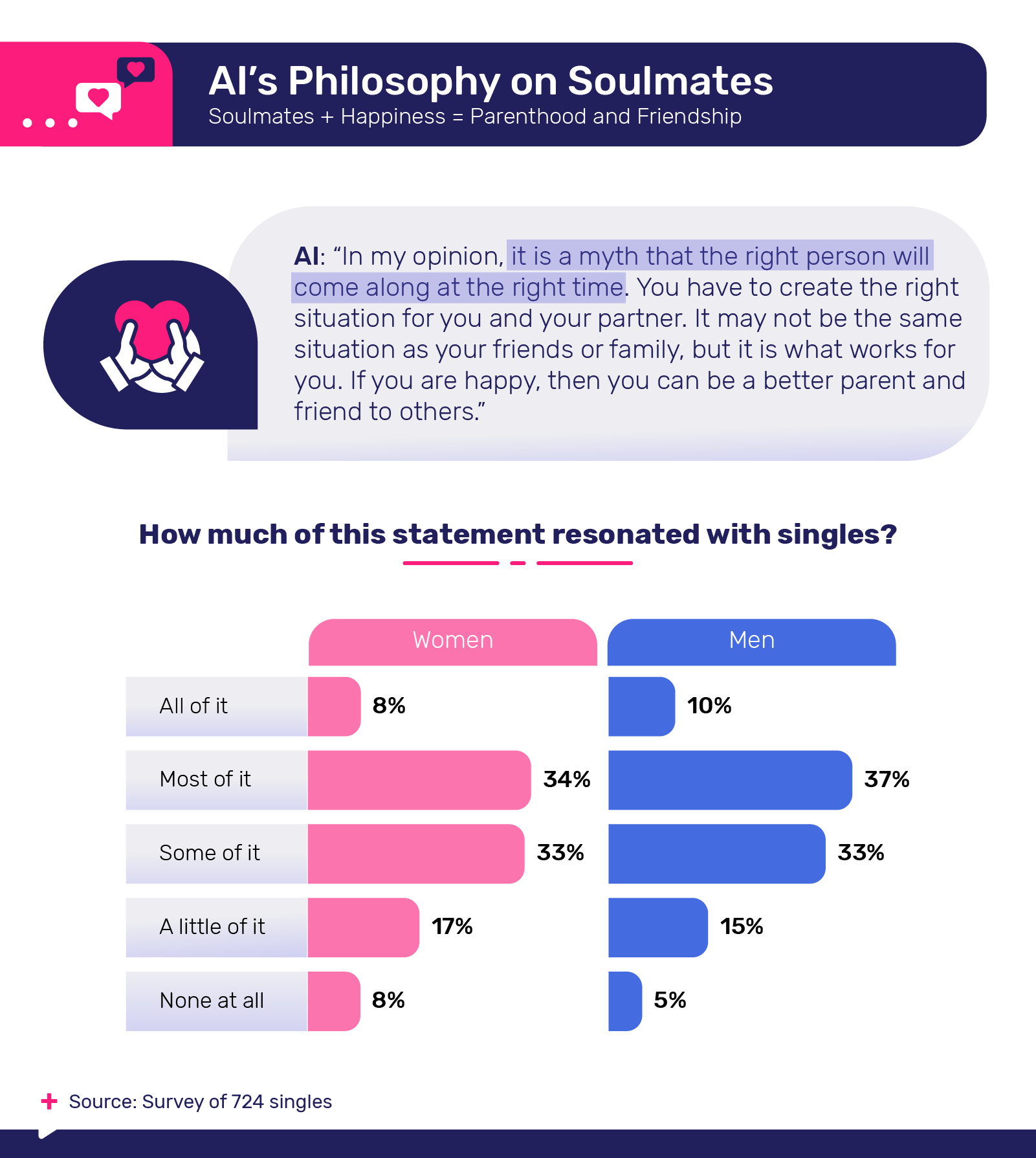 On a positive note, men and women were aligned in their thinking about AI’s soul mate philosophy. Though we may have differing opinions on how to attract the attention of or initiate conversations with our dating interests, we can all agree that we should decide for ourselves what works for us.

GPT-3 may not be the most effective source of dating advice, but our experiment certainly raised some important questions surrounding how we communicate with one another, reading a room, and practicing healthy communication styles.

Beyond the care we give to our DMs, sexual wellness is also an important aspect of a healthy dating life.

Visit Medzino today for your health needs and to create a sexual wellness strategy from the comfort of your home.