Not too long ago, 2PM were one of the hottest K-pop acts around. At the peak of their career in the early 2010s, the idol group – comprising members Jun. K, Nichkhun, Taecyeon, Wooyoung, Junho and Chansung – were the poster boys for the new Korean wave, or hallyu 2.0. The group stood out, thanks to their dynamic, acrobatic choreography and hyper masculine image, which cemented them as K-pop’s OG “beast idols”. They were in dozens of commercials and played international shows, including hosting concerts at the coveted Tokyo Dome. In 2011, they even earned the fifth spot in Forbes’ Korea Power Celebrity list, just behind fellow K-pop titans Girls’ Generation and Lee Seunggi.

As the band grew older and the attention of the K-pop world turned towards shiny new young artists from the third and fourth generation of idols, 2PM seemed bound to lose a bit of their spark. Then came the inevitable military service enlistment, which put the boyband on hiatus for nearly half a decade. But finally, five years after their last album, 2016’s ‘Gentlemen’s Game’, 2PM have reunited to remind everyone that they’re still around.

Thankfully, ‘Make It’, the title track of their seventh studio album ‘Must’, does the trick. Thirty seconds in and the song’s saucy pre-chorus reels you in and never lets go, with a sultry drawl on the chorus (“I gotta gotta gotta / Say something now / I gotta gotta gottta / Come up with something”) that will no doubt get stuck in heads. It’s the kind of flirty charm that 2PM has successfully mastered over the years and are able to pull off with a touch of class.

While nothing on ‘Must’ is in the similar vein as 2PM’s signature party bangers like ‘Hands Up’ and ‘Go Crazy’, the twinkling electro rap ‘Champagne’, which Taecyeon had a co-writing credit on, comes close. It’s hardly an earworm like those two tracks but it provides the right amount of goofy fun you’d expect from a 2PM record. Ballads ‘Two Of Us’ and ‘Hold You’, meanwhile, tie the entire record together, both fine displays of the group’s vocal capabilities. It’s easy to forget that behind the group’s very strong dance-focused image, they’re also actually skillful singers. Jun. K, Wooyoung and Junho have long proven they’ve got the pipes, but here, even the group’s rap line – Nichkhun, Taec and Chansung – get a chance to show off their vocal chops.

There are hardly any lacklustre pickings on ‘Must’. All the songs have their own purpose, whether it be the nostalgic ‘OK Or Not’ or the spacey R&B-pop of ‘Moon & Back’, the latter proving 2PM’s versatility to hop on recent trends without sounding too try-hard.

The album is neatly wrapped up with a new version of their 2015 song ‘My House’, which shockingly wasn’t a bigger hit when it was first released, considering it was (and still is) pop perfection. But the track enjoyed an unexpected revival in January last year after its fantastical music video suddenly made rounds on the internet again (the real truth behind the spike in views was attributed to an old fancam of Junho which then launched dance challenges among younger idols and teens).

Dubbed the “acoustic version”, the group’s revised take of ‘My House’ is more of a live band rendition than anything, featuring a jazzier arrangement filled with pretty piano and warm guitar. Sometimes reworks don’t truly do justice to its origins, but this isn’t one of those cases. In fact, it’s such a shame that the current situation has stopped us from enjoying this rerecording of ‘My House’ to its fullest as it would’ve been the perfect opening material for their reunion gigs. The smouldering melody complementing their more mature vocals turns the song from a playful invitation to a provocative declaration as Taec smirks, “I wanna take you to my house, follow me.”

Unlike their earlier releases, ‘Must’ is pretty tame on ideas. There are no bold or extravagant concepts like their Terminator-inspired dance bop ‘I’ll Be Back’ or the emo zombie era of ‘Heartbeat’. As Taecyeon pointed out during the press conference for the album release, there’s really no need for that anymore. Instead of relying on theatrics and gimmicks to impress, the group have stripped back the pressure to purely focus on their talents and tell stories that matter to them. “[‘Must’ is] our first album we’re dropping in our 30s,” he said, per Korea Herald. “While we had been taking on diverse concepts in our 20s, coming from the overflowing energy and youth, this album was about showing what we can do at this age.”

2PM have grown – both as artists and men – since their 2008 debut and it’s nice to see a veteran group completely at ease with what they’re doing. They just seem so happy to be back doing what they love to do, and if that means delivering even more feel-good gems then there’s nothing much more to ask for. 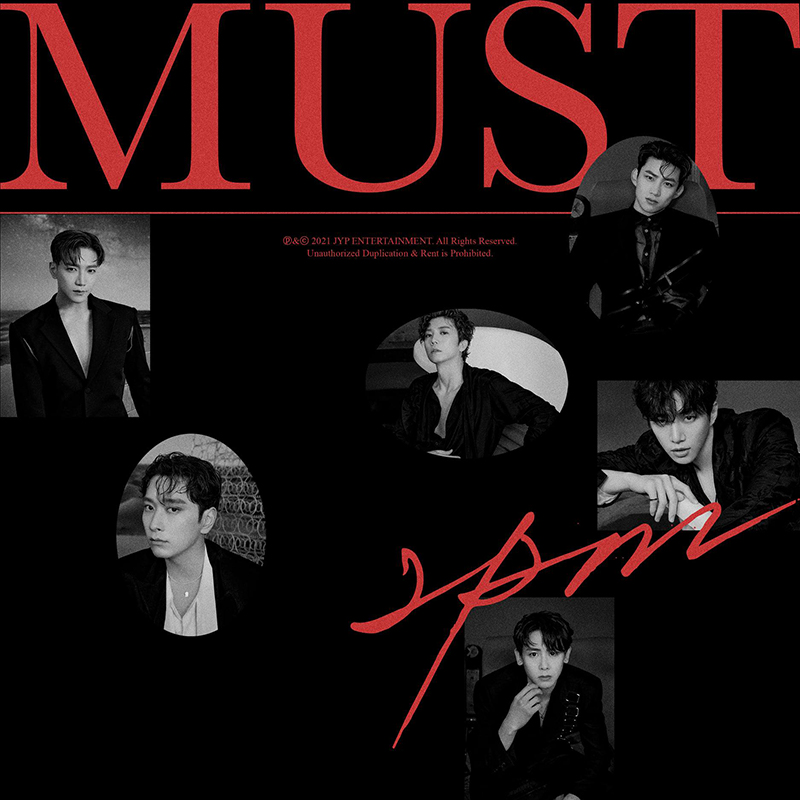