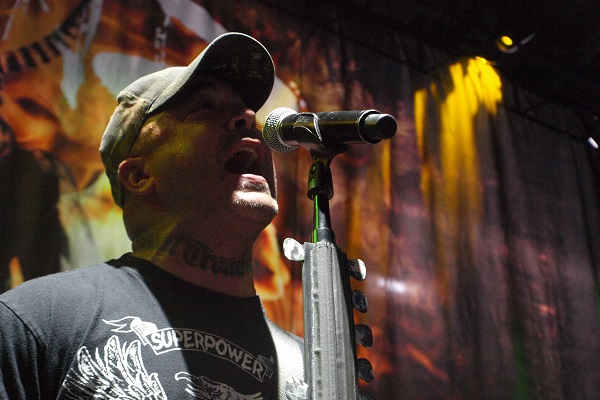 Aaron Lewis is keeping busy this summer on the road with Staind, as the longstanding post-grunge band is serving as direct support for Korn on a late summer U.S. run. That said, Lewis will also hit the road on a solo U.S. tour starting in October as part of his country music career with backing band The Stateliners.

Lewis reached No. 1 on Billboard’s Hot Country Songs chart last week a new, conservative song called “Am I the Only One.” His latest country solo studio album, “State I’m In,” came out back in 2019.

Staind released their latest studio album, a self-tiled record, in 2011. Staind guitarist Mike Mushok recently confirmed to Audio Ink Radio that the band is working on new music, stating, “I imagine having not put out a real record of new music in 10 years, we’re going to be pretty critical of what it is and want to make sure that it’s great. But, yes, there is talk of that. We actually signed a record deal and have a deal to do a new record.”

Lewis’ solo run will kick off Oct. 2 in Inman, Kansas, and wrap up with a two night stint Dec. 11 at the Lucky Eagle Casino & Hotel in Rochester, Washington. View the full itinerary below and find ticket information via Lewis’ website. Find Staind’s tour dates in support of Korn here.