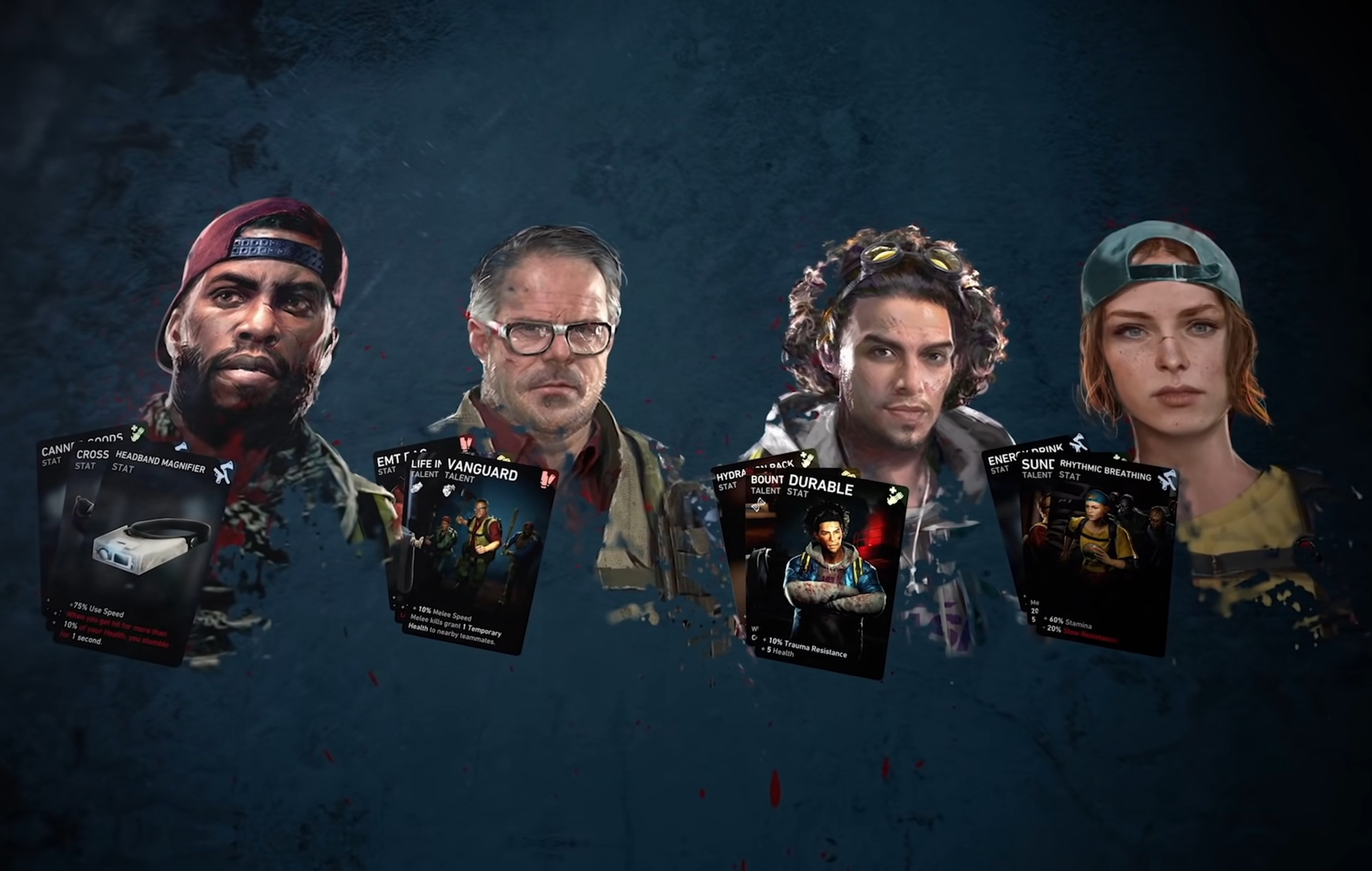 The Back 4 Blood beta is well underway, allowing players to jump in and experience the spiritual successor to the Left 4 Dead series. While jumping in with a group of pals and facing down hordes of the undead is as fun as it’s always been, things have certainly changed in the gaming space since L4D reigned king.

Between squad-based battle royale games, intricate hero shooters and ever-changing online open worlds like GTA Online, there’s never been a better time to play games with your friends. What’s also clear is that it’s no longer enough for a game like Back 4 Blood to just be fun to play (gestures in the direction of Anthem), it also has to offer a reason to stick around, to keep a fertile playerbase interested and loyal. Luckily, Back 4 Blood places a decent focus on player choice, which might just be the key to keeping it relevant long after its initial release.

There’s added variety from the outset of Back 4 Blood, as you’re asked to choose from a roster of ‘Cleaners’, each with their own starting weapons and skills. One might have the ability to recover stamina after each kill, while another can break out of grabs. I’ve already found myself favouring a couple of characters over others, and which one I choose directly affects how I play through each level.

Holly has become a personal favourite, as her stamina recovery means I can rush into a horde swinging a melee weapon, safe in the knowledge that I won’t run out of pep before the last enemy has fallen. One of the people I have been playing with often chooses Evangelo, and has become our designated ‘special killer’ due to the fact that they can get in close without worrying about being grabbed. The differences between Cleaners only get more important as you ramp up the difficulty as well.

The Cleaners are just one part of the puzzle however, as it’s when paired with Back 4 Blood’s deck-building mechanic that the replayability really starts to shine. At the start of each Act, you can select a deck of cards to go in with. These are customised back at camp, with new cards being unlocked as you play more. In many ways, your deck is as important as the character that you choose, as they grant special bonuses that can mean the difference between sweet success and gut-wrenching failure. One card, Blood Donor, triggers health regen for the rest of your team if you go down, allowing for a counter attack as your teammates rush forward to get you back into the game.

You can pack your decks with up to fifteen cards at a time, though it’s much more beneficial to streamline them to increase the draw chances of the more useful cards. I’ve been replaying Act One of the Back 4 Blood beta over and over to earn Supply Points and unlock new cards, holding off on higher difficulties until I have a decent deck for the game to pull from.

Essentially, Back 4 Blood’s new player-focused mechanics have had me putting together builds in the background, in a way that feels pretty natural when compared to other games with deck-building folded into their gameplay. These builds hinge on which player you use, and I can absolutely see myself building specific decks for the three main characters I use.

While pushing your way through one of Back 4 Blood’s monster-packed levels, there are additional opportunities to build upon your character. Every now and then you’ll come across a card pickup, often asking for a fair chunk of your hard-earned Copper to add another card to your deck.

It’s always a difficult decision to make, especially seeing as some of the cards have negative effects tied to the bonuses offered. It usually all depends on how a particular run is going. Is your team getting downed a lot? Are you constantly running out of ammo? It all plays into whether you take that shiny new card or not. None of these mechanics are particularly novel, but they do add a noticeable variety when compared to what was in hindsight a fairly streamlined experience in L4D.

The cards that have been included in the beta are fairly straightforward, rarely offering more than extra health boosts or increased ammo capacity. My hope is that the developers over at Turtle Rock Studios continue to expand the deck-building aspects of Back 4 Blood, as it could add a whole lot of variety in the future.

There are also cards called Corruption Cards, which are randomly rolled at the start of a level and generally add new parameters to the proceedings. One adds a thick mist to the environment, making ambushes more frequent and harder to deal with.

It’s here that I think the greatest potential could be for Back 4 Blood’s future. It’s easy to see how limited events could work, with specific sets of cards available to player for a run. It’s a great way to add slight tweaks to levels that you’ll likely be replaying over and over again, one that could help tide players over between major updates.

One of the first objectives you get while waiting in Back 4 Blood’s camp hub is to try out the firing range. I was genuinely shocked at just how many guns are on offer here. There’s attachments too, which mean you can build up a specific loadout while playing. It’s another example of how much more there is to choose from in B4B, which should go a long way in keeping players coming back.

From what is shown off in the beta, it’s clear that the surprising player choice in weapons, characters and cards is more of a mission statement than a proof of concept. What Back 4 Blood’s longevity will ultimately hinge upon is how the remaining Acts and updates leverage deck-building and character builds. From what I’ve played, this seems to be where the real potential is for bringing players back in after they’ve cleared through the main storyline.

Things are definitely promising, and I am at least relieved that there’s more to Back 4 Blood than meets the eye. We’ll have to wait and see whether the more modern touches included in the beta can turn Back 4 Blood from a fleeting co-op experience into a staple in the multiplayer space.

Back 4 Blood launches on October 12 for PC, Xbox Series X|S, Xbox One, PS5, and PS4, with the PC open beta launching on August 12. Back 4 Blood is expected to be available through Xbox Game Pass at launch.