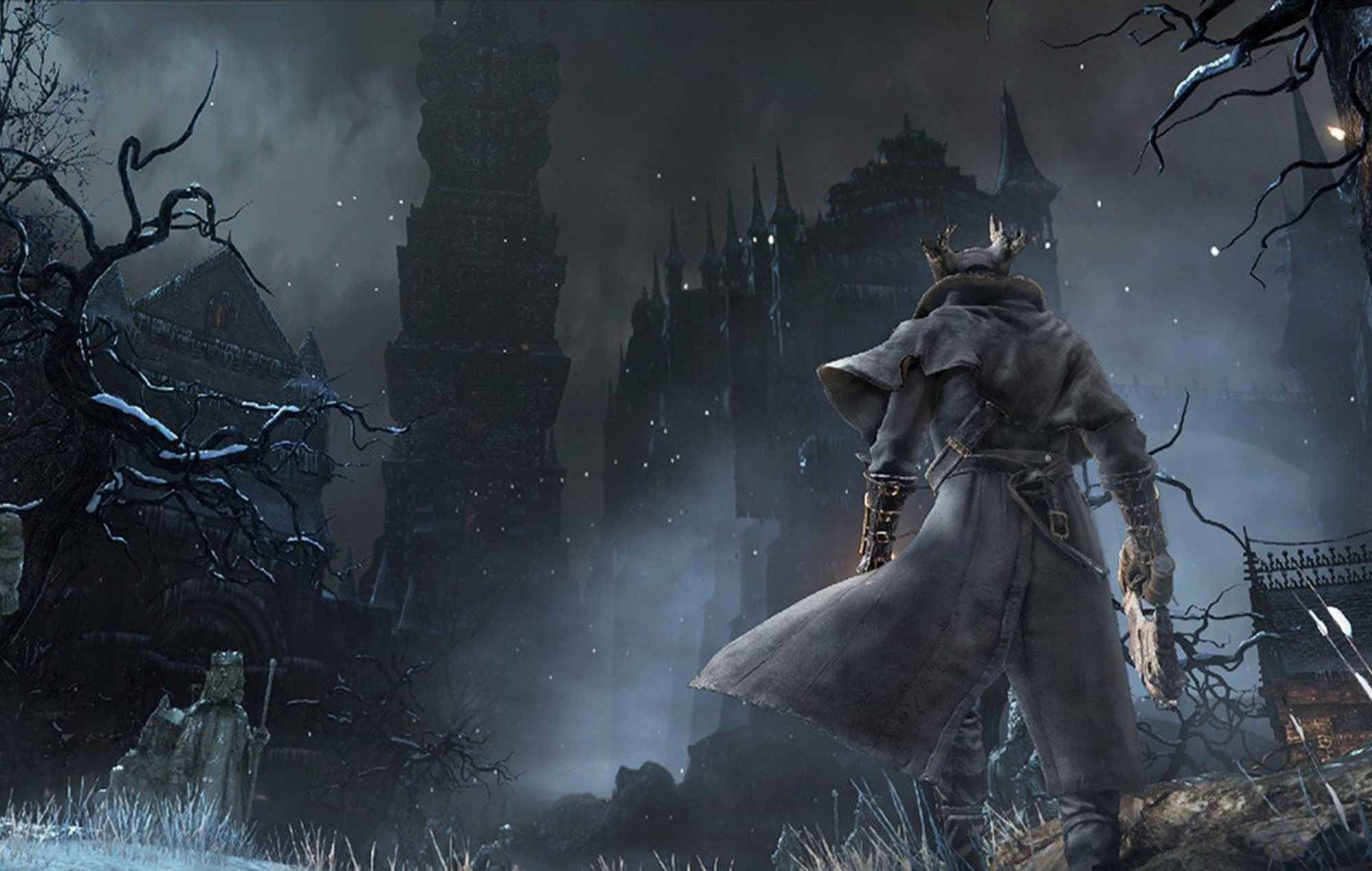 The PS4 has had a long life, becoming one of the most successful consoles of all time over the last few years. There’s a long list of third-party and first-party games that have contributed to that success, enough to keep players going for years to come.

Like with any system, however, there are a handful of games that can be seen as “essentials.” It may be hard to keep the best PS4 games to a short list, but here are some experiences that any PlayStation fan needs to experience.

Bloodborne represents the near-perfection of the Souls-like formula from Hidetaka Miyazaki, putting a smart twist on gameplay that requires players to be aggressive. All of the brilliant design of Dark Souls is here, but even stronger in a lot of ways. Combat is honed to a fine sheen, with a wealth of different options for weapons and build and enough challenge to please any type of player. It may seem like a small change, but allowing players to regain health they just lost by attacking integrally changes the entire game, shifting the player’s role in combat from defensive in the other Souls games to offensive here. Boss design is also some of the best seen in FromSoftware’s history, with each boss feeling genuinely memorable.

By combining elements of Lovecraftian and classic horror Bloodborne creates a fascinating world, with the city of Yharnam at its center. Few games manage to nail the utterly horrifying atmosphere that Bloodborne does, even while bringing a wealth of visually diverse locations. Even years later Bloodborne feels like FromSoftware’s definitive game, and the ultimate realization of the formula the studio established with Dark Souls. It’s an integral experience for any PS4 owner, and just one of the exclusive titles that makes the console so special.

You can scarcely mention the best games of the last generation without The Witcher 3: Wild Hunt coming up, and for good reason. Geralt’s third adventure is a visionary open-world game, with The Witcher 3 representing an astounding leap in quality over the previous title, The Witcher 2 and one of the few games do player choice as well.

The Witcher 3’s world is massive, but it’s packed with meaningful things to do. So many sidequests in the game end up being surprisingly relevant to the main narrative, or hold emotionally-charged personal stories. So many of the game’s systems grow and change across the experience, from a wealth of combat options that open up to the countless games of Gwent that make you lose track of time. The Witcher 3: Wild Hunt is the rare open-world game that really manages to deliver on the whole premise of the genre, with a fascinating world that feels like it grows and changes around you.

Final Fantasy VII seemed like an impossible task to remake, but Square Enix managed to pull it off with incredible gusto. The Final Fantasy VII Remake feels almost as innovative as the original game did in 1997, and that’s impressive. For the first time it feels like Final Fantasy really managed to make the jump to action combat, while still retaining elements of its turn-based history. Final Fantasy 7 Remake’s combat feels buttery smooth and each of the four playable characters feel entirely unique, requiring players to form different strategies based on party composition.

The Last of Us Part II

The Last of Us Part II definitely disproves the saying “lightning doesn’t strike twice,” as it manages to meet and exceed nearly everything the first game did. Whether you’re looking at storytelling or gameplay mechanics, The Last of Us Part II has simply refined everything, and it’s one of the most visually impressive games ever made to boot. Survival and gunplay feel even tenser and more demanding than before, and Naughty Dog simply has a way of keeping things varied and interesting across the entire experience.

From start to finish The Last of Us Part II is unforgettable, especially in the emotional rollercoaster it sends you on. It may not be the kind of game you should experience.

Superhero games aren’t generally regarded as top-quality experiences, with the exception of the Batman Arkham games. Marvel’s Spider-Man finally gave Marvel that same level of pedigree, with an original experience that’s one of the very best games on PS4.

Insomniac Games turned out to be the perfect developer for Spider-Man, as its trademark humor and style shine through clearly. Marvel’s Spider-Man absolutely nails the feeling of web-swinging, and loops in a fast-paced combat system on top of that. Spider-Man’s version of New York is a joy to swing around, and the game provides a nice variety of activities to do along the way. The story manages to feel surprisingly emotional despite establishing a brand new universe and version of the characters. Marvel’s Spider-Man is easily one of the best superhero games ever made, and a treat for any fan of the wall crawler.

Persona 5 could already lay claim to being one of the best JRPGs of all time, and Persona 5 Royal makes that experience even better. The brand new third semester is a stellar addition to Persona 5’s story, introducing a phenomenal villain and narrative twist that really changes the game. Persona 5 Royal is the perfect example of how a turn-based combat system can still work wonders, with snappy battles that focus on exploiting the enemy’s weaknesses.

The heart of Persona 5 is the charming cast of characters, who all grow and change in meaningful ways across the game’s 100-hour narrative. It’s impossible to not get invested in the story of the Phantom Thieves, and the series’ trademark social simulation is more engaging than it’s ever been before. Persona 5 Royal is a one-of-kind RPG that simply can’t be matched by anything else.

Horizon: Zero Dawn was a massive change for the developers of Killzone, but it’s clearly a passion project that turned into something special. Even though the game takes place in a post-apocalyptic world, it’s not your usual dreary scene. Horizon’s gorgeous world is filled with vegetation and vibrant culture, as well as plenty of danger with the terrifying robotic dinosaurs that stalk the land.

Horizon’s combat is its strongest feature, as each robot provides a unique challenge. Luckily, the game gives players a wealth of ranged weapons and traps to take them down, allowing for a lot of different approaches to combat. A strong story, fantastic protagonist, and fascinating world are just a few of the reasons Horizon is one of the best open-world games on PS4.

Rockstar is one of the most prolific developers in the industry, and Red Dead Redemption 2 represents the studio’s crowning achievement so far. The level of detail packed into every aspect of Red Dead Redemption 2 is astonishing, from the unique skinning animations for each animal to the way smoke wafts off the barrel of a gun.

Red Dead Redemption 2’s Arthur Morgan is iconic, and a great hero for a little time in the Wild West. Morgan is happy to get his hands dirty, but he’s a cowboy with a heart of gold underneath the rugged exterior, which makes the gut-wrenching story hit even harder. Red Dead Redemption 2 may not have the tightest shooting mechanics out there, but it presents a bountiful Wild West world that truly puts you in the shoes of a rough and tough cowboy.

For a long time God of War seemed like a one-note franchise that celebrated ultraviolence, but against all expectations the 2018 reboot managed to redefine both the franchise and Kratos as a character. Taking place years after the original trilogy, the new game begins to show a softer side of Kratos as he raises his son Atreus. God of War has an emotional and relatable story, even while bringing back that trademark machismo and hyper-violence.

On top of redefining Kratos, God of War reboots the entire combat system with an over-the-shoulder style. The real highlight, however, is Kratos’ axe that can be thrown and retrieved at will, creating a combat experience that you can’t get anywhere else.

Uncharted 4 puts an unforgettable cap on Nathan Drake’s adventures, and is perhaps the very best action-adventure game in the entire PS4 library. The narrative of Uncharted 4 is still the rollicking adventure tale fans expect, but at its core are deeply personal stories about the relationship between Nate and Elena as well as his long-lost brother Sam.

Uncharted 4’s production values have refined everything to an absurd degree, from tighter shooting to bombastic set pieces. Uncharted has been one of the defining franchises for PlayStation, and any PS4 owner owes it to themselves to play A Thief’s End.

Missing any favourites? Let us know what you think.