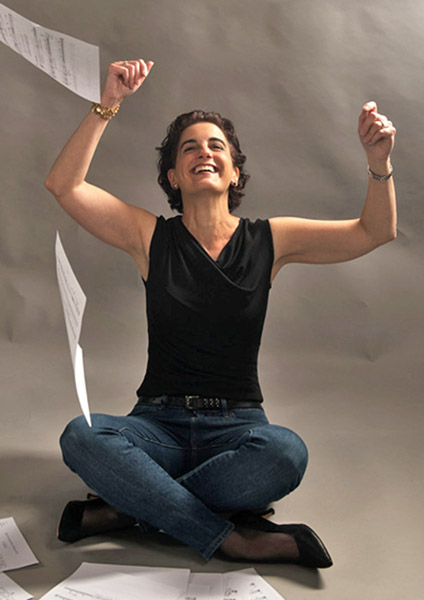 The Inn at Castle Hill with its famous lighthouse provided the setting last night for the Boston Trio’s premiere of Chicago-based composer Stacy Garrop’s Beacon of the Bay. Commissioned by the Newport Music Festival in honor of its 2021 season, it’s just one of the many new initiatives of a reorganized and reinvigorated festival under recently appointed Executive Director Jillian Friedman Fox.

Stacy Garrop, an award winning and nationally recognized composer in her own words “shares stories by taking audiences on sonic journeys.” The Castle Hill Light Station, still fully operational, and its beacon signal of “on three seconds – off three seconds” by which it is recognized by ships, opens the work as a musical motif followed by a lyrical theme that represents the lighthouse itself, surrounded by waves and sailing vessels. The theme is momentarily lost as a storm brews (the 1938 hurricane), the arpeggiated waves churning fiercely, but the beacon motif continues to sound forth, and the storm eventually subsides, with a return of the theme, the boats, and finally a pair of seagulls (string glissandi). While the musical motives are evocative, they also stand alone as musical motives, as in the characteristic preludes of Debussy, or the Ordres of François Couperin (“le Grand”), or the lone horn sounding as a foghorn in Britten’s Peter Grimes.

The Boston Trio made an eloquent and sonorous case for Beacon of the Bay, as well as giving emotionally charged and brilliantly executed traversals of the Fauré Piano Trio in D Minor Op. 120 opening the concert and the Brahms Piano Trio No. 1 in B Major Op. 8 to close. The piano in the opening movement of the Fauré sounded a bit muddy from overuse of the damper pedal, but soon after corrected itself and elsewhere we enjoyed brilliant keyboard work from Heng-Jin Park, most especially in the Scherzo movement of the Brahms, which danced with light-hearted virtuosity. Violinist Irina Muresanu and cellist Jonah Ellsworth likewise rendered their parts with high energy, bold attacks, and sweep. The clean and crisp, and well balanced, ensemble delivered a strong sense of the architecture of each piece. The players traversed the lyric moments with exquisite expression. Quietude prevailed in the Fauré, whereas the Brahms was warmly romantic, approaching the sublime in the Adagio non troppo movement. The dramatic and energetic conclusion of the Finale Allegro molto agitato produced the requisite standing O.