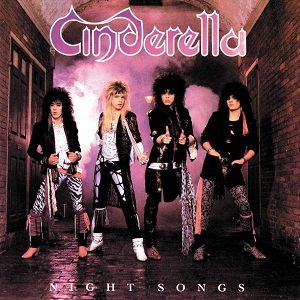 “It’s unimaginable that one of our band brothers has left us,” Cinderella says regarding guitarist Jeff LaBar’s passing

Jeff LaBar, best known as the lead guitarist for ’80s hair metal metal band Cinderella, has passed away. He was 58 years old. His cause of death is not currently known.

LaBar’s son, Sebastian, announced his dad’s passing late Wednesday (July 14) on Instagram and posted a collection of personal photos to pay honor to him. In the post, he called his father his “hero, my idol,” and said that he was “currently at a loss for words. I love you pop!”

Sebastian continued, “If you could, please share pictures or video of all the fun times we all had with my dad. It would be greatly appreciated.”

In a joint statement, Cinderella frontman Tom Keifer, bass player Eric Brittingham and drummer Fred Coury shared their heartbreak about the passing of their longtime friend and band mate.

“Heavy hearts cannot begin to describe the feeling of losing our brother Jeff,” the three musicians said. “The bond between us over decades of creating music and touring the world is something that we as a band uniquely shared. Those memories with Jeff will be forever alive in our hearts. It’s unimaginable that one of our band brothers has left us. We’re sending his wife Debinique, his son Sebastian, family, and friends our deepest condolences.”

In addition to his work in Cinderella, LaBar was the guitarist for Naked Beggars, a band formed with Brittingham.

LaBar joined Cinderella as the band’s lead guitarist in 1985, taking the place of original guitarist Michael Schermick. LaBar had a major role in the creation of popular Cinderella tracks such as “Nobody’s Fool,” “Don’t Know What You Got (Till It’s Gone)” and “Somebody Save Me.”