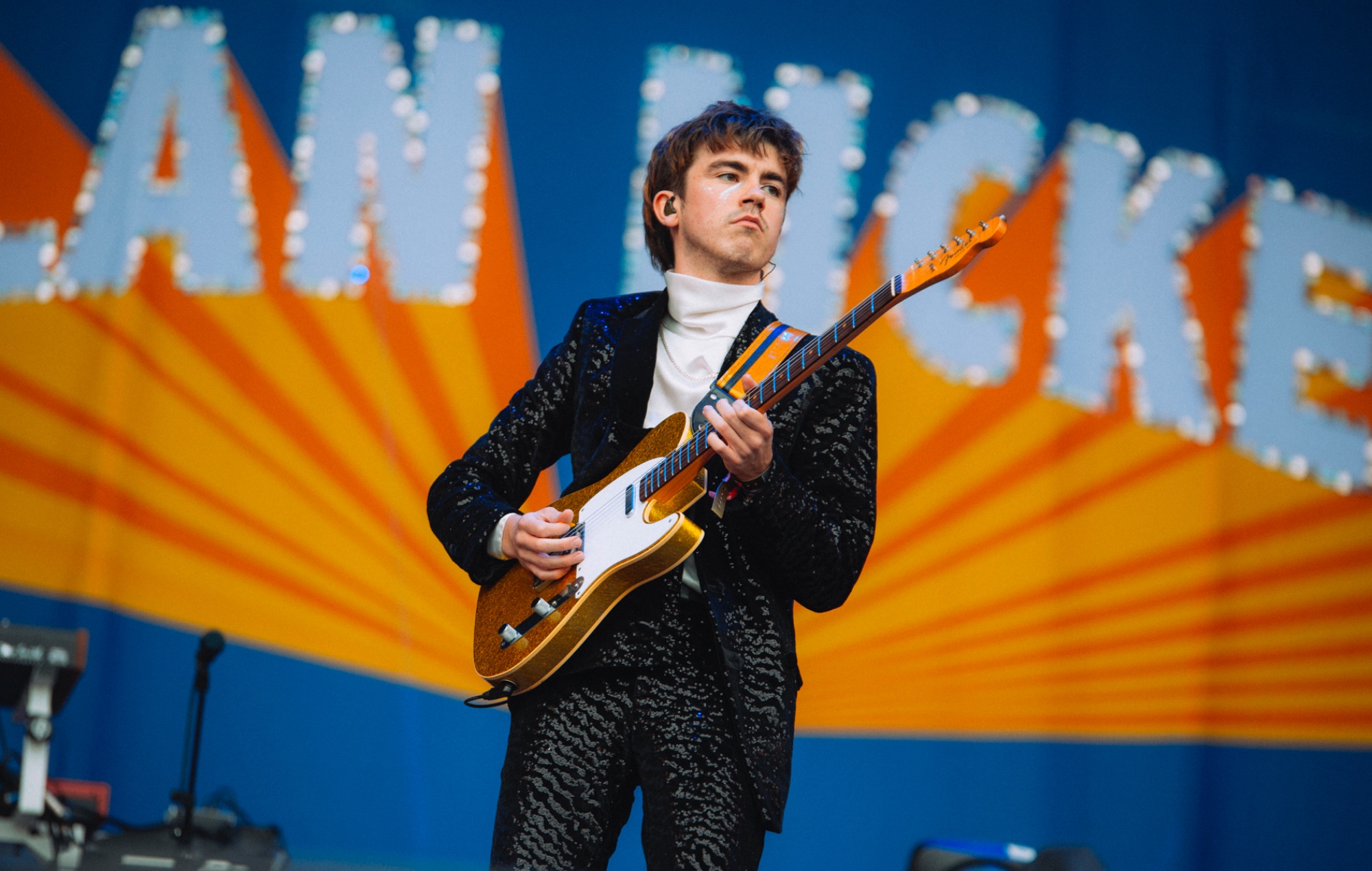 In an increasingly volatile world, young indie fans look to Declan McKenna as a voice of reason. Over his two albums – spiky 2017 debut ‘What Do You Think About The Car?’ and its follow-up ‘Zeros’, a theatrical, space rock-inspired epic, released last August – the culthero has been determined to navigate a multiplicity of Gen Z’s ever-present fears through his self-conscious indie-rock: environmental turmoil, the ills of social media, and the class divide.

One quality that defines McKenna is his commitment to bringing people together. It’s something that illuminates his main stage debut at Reading Festival this afternoon as he blitzes through his searching, distinctly youthful songs. A ‘Seven Nation Army’-inspired chant of “Oh, Declan McKenna!” encourages clumsy moshpits before the 22-year-old zips onto the stage on a racer bike; when he jumps up and twirls to show off a bejewelled black suit, he offers a conspiratorial wink and prepares for the euphoria rush to come.

And come it does. The set blasts off with the thudding percussion and dynamic shifts of ‘Beautiful Faces’ – and from there, McKenna rarely touches the ground. Each song is greeted with a bellow of enthusiasm as a bumper, hyped-up crowd chooses to release 18 months of pent-up emotion in front of him; the punky stomp of 2015 breakout single ‘Brazil’ even receives a mini Beatles-at-Shea-Stadium reaction from the Declan devotees on the barrier before the track’s skippy verses begin to roll out. There’s palpable, hair-raising joy as people remember the singular thrill of live music – and the man himself is even taken aback, shaking his head in disbelief.

A terrific run through ‘Zeros’’s knowingly retro numbers sees McKenna begin to play up his outsized personality. He gleefully skips around the stage to the reverberating bass that defines the glam-stomping chorus of ‘The Key To Life On Earth’, and later leaps from his stool with the same springy energy as a human jack-in-the-box after reworking the outro of ‘Be An Astronaut’ into twinkling, jazz-piano smash.

Even when sound issues briefly threaten to dampen debut highlight ‘Why Do You Feel So Down’ and McKenna is forced to cobble together chopped-up vocals, he turns back to being a mightily charming showman. “Are you still with us?”, he shouts. The answer is a resounding yes.

McKenna’s live show is loud, uncompromising and studded with arms-around-shoulders singalongs. After he rips through ‘British Bombs’ – a clear-eyed killer of a closer – he throws his mic down to the floor, knowing that his work here is done.

Check back at NME all weekend for more reviews, news, interviews, photos and more from Reading & Leeds 2021.