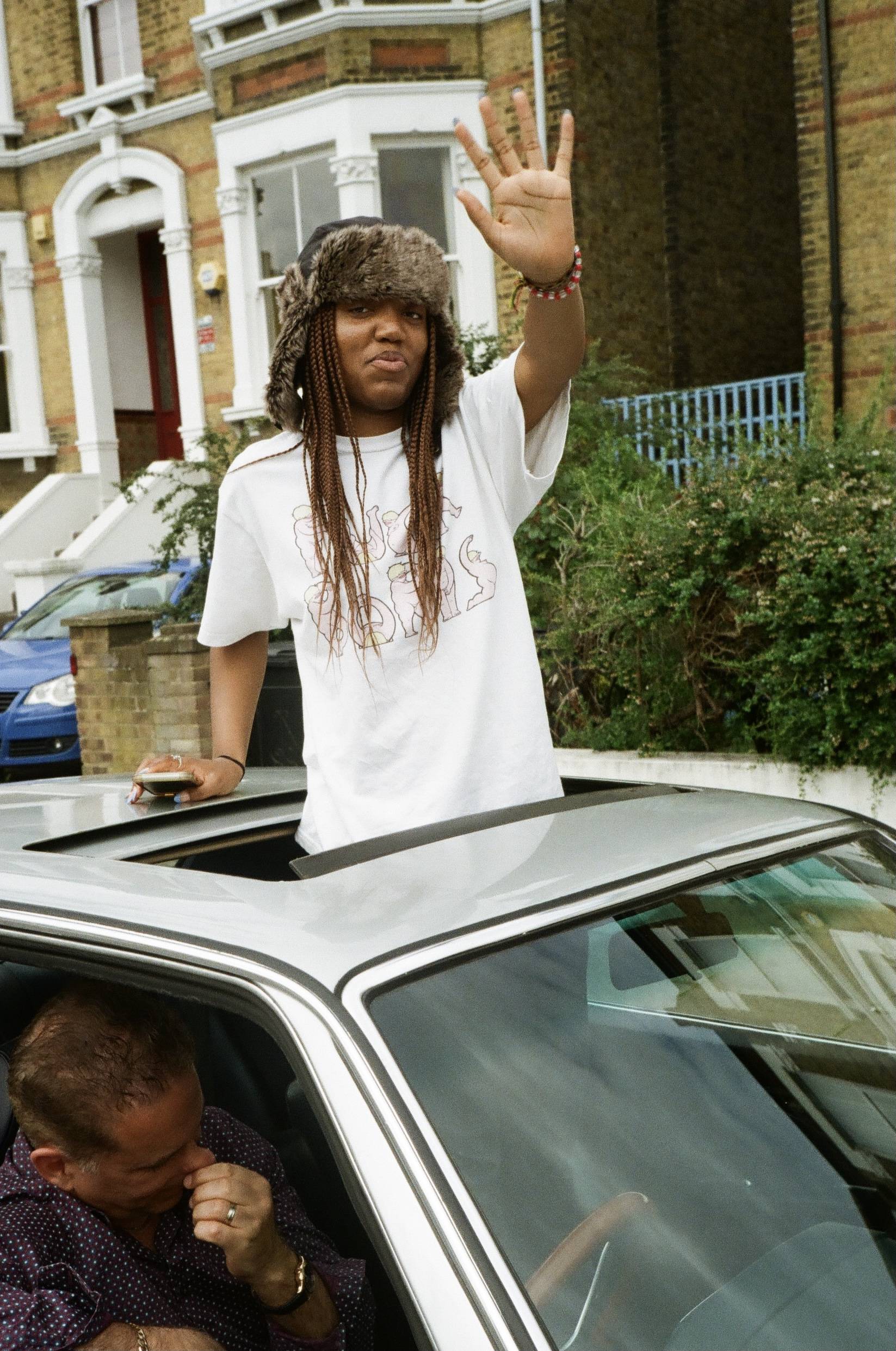 It’s common knowledge by now that lockdown proved to be a grim time for many musicians around the world. But for some artists at the very start of their journey, it offered invaluable space to bloom. 18-year-old Charmaine – better known as Dexter – has only known life as an artist in this weird new world, dropping hazy, heartfelt bedroom pop tracks as soon as she’s penned them and watching the momentum snowball from behind a screen.

In the normal world, juggling your A-levels while getting a project off the ground could prove stressful, but, as the south-west Londoner tells NME over Zoom, Dexter didn’t have much time for her studies last year. “I never did my work at sixth form, like ever: homework wasn’t a thing in my brain. So I had a lot of time on my hands. The lockdown was a turning point, because it was when I actually started trying and started making my own songs.”

A rebellious streak has been central to Dexter’s story so far. In fact, she first realised her dream while bunking off school for her first gig, Rex Orange County at London’s Koko. “I told the teacher I had a dentist appointment. I ran from school with my friends, and that was the first time I saw someone and thought, ‘I have to do this, otherwise I’m just wasting my life completely’.”

Giddy with the delirious excitement of witnessing her first proper show, it wasn’t long before Dexter was posting beautifully stripped-down covers, including ROC’s ‘Sunflower’, to SoundCloud. “I was obsessed with that man. It was just a few months after he was on [Tyler, The Creator’s] ‘Flower Boy’ as well. Even just going to concerts after that, I would just be thinking, ‘I want to do this’. At times I was more focused on thinking about doing [music] as my career than what I was actually watching.”

It was a case of dreaming big, something spurred on by being stuck at home. “I thought, ‘I might as well make some songs, because I literally have nothing else to do’.” Posting tracks that were entirely recorded on her phone without any expectations, Charmaine assumed the moniker ‘Dexter’ to keep the project hidden from her family. “I went for a walk and I was like, ‘I should have a song on Spotify’, so I made one, not for anyone else – I just wanted to be able to click play.”

Packed with teenage melodrama, her early reclined style of acoustic pop quickly gained support from the juggernaut streaming platform (“it made me realise that this is actually going somewhere, and I was really shocked”). Third single ‘Same Way’ was the first to really take off, with a pensive and soulful vocal innocently lamenting over a rustic guitar line: “Why do you never take me on a date? / I’m the only one who loves you, babe / But you don’t feel the same way.”

This week Dexter drops her debut EP ‘I Do Like A Good Sandwich’, which is a natural step up sonically: take recent single ‘Blue Skies’, a golden, upbeat summer jam as its title suggests. Dexter views the EP as her coming-out-of-the-shadows moment. “Previously people were just judging it on the songs, rather than the way I look or my age. Now I’m properly showing my face and it’s my first statement to say, ‘This is me, I’m an artist now’. It’s a bit nerve-wracking, but it will be fine.”

‘I Like Me’, the EP’s second single, charts the battle between individual expression and external validation, something which hasn’t always proved to be easy for Charmaine while growing up. “At Year 10 or 11 parties everyone would be going, ‘What dress are you wearing?’ And I felt like I had to go in a dress, even though I literally hate dresses so much. There was a running joke that I’m the boy of the group because of my clothes.”

She continues: “I went to an all-white school and there was a running thing about Black women being masculinised. Being around skinny white girls for seven years added to that, especially when I don’t like certain types of clothing that make them appear more feminine.” There’s a certain defiance, then, in ‘I Like Me”s accompanying video, where Dexter is seen cruising around town in her baggy Slowthai t-shirt. “It was about realising I can still be considered a girl even if I’m not portraying myself in a hyper-feminine way.”

Dexter hopes the breezy pop track will inspire others. “Things like clothes shouldn’t define who you are. It’s just stupid the way that people view others because of such external things. All that matters is you as a person: if you’re a cis girl, trans girl, you’re a girl. You shouldn’t have to wear certain clothing to prove that to people.” She says she lacked role models growing up. “That’s the kind of thing that I needed more [of] in school. It was huge when I found Solange: I saw her at Lovebox Festival, and seeing people like that being so comfortable with their identity as a Black woman was really empowering and inspiring.”

Given the momentum that the teen has already accumulated with just her phone and lockdown boredom, Dexter now looks set for further success with her ‘I Do Love A Good Sandwich’ EP. But, she insists, it’s still all about learning the basics at this stage. “I’m really impatient, so until now I would make a song and literally upload it the next day. Now I’ve realised you have to wait, which was difficult to get used to but it helps you appreciate the process.” She’s under no illusions that this is only the start, though. “It’s a proper release, which I’ve never had before. This feels like the beginning.”

Dexter’s ‘I Do Love A Good Sandwich’ EP will be released on August 4.