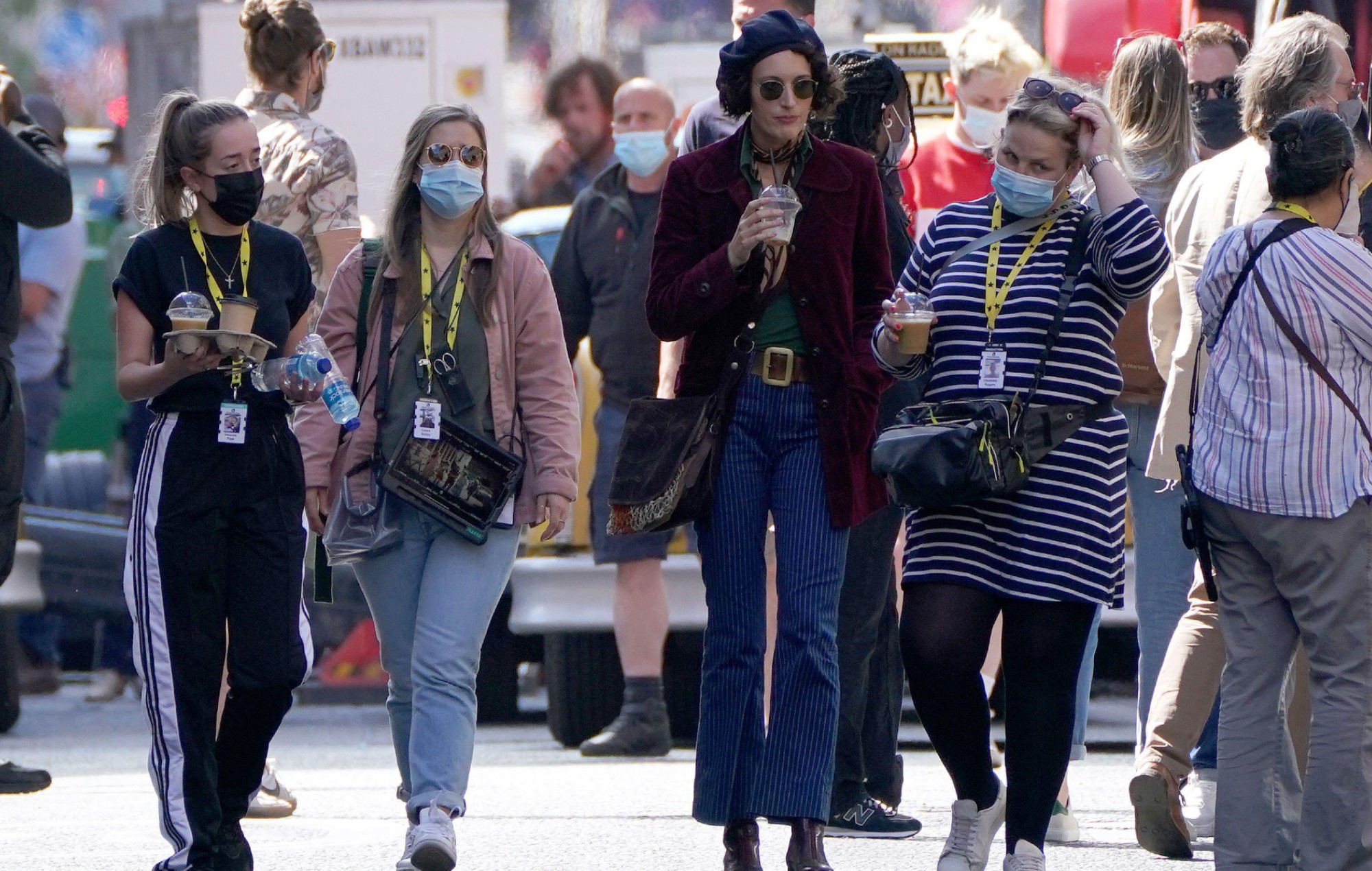 A first look at Fleabag star Phoebe Waller-Bridge in Indiana Jones 5 has been revealed.

The new film, which is currently shooting in Glasgow, will see Waller-Bridge star opposite Harrison Ford in an unknown role. The behind-the-scenes photo shows the Fleabag star in what appears to be a 1960s vintage jacket and jeans.

Ford was absent from filming as he’s currently on a hiatus after injuring his shoulder during the shoot.

“In the course of rehearsing for a fight scene, Ford sustained an injury involving his shoulder,” a Disney spokesperson said in a statement obtained by Deadline.

“Production will continue while the appropriate course of treatment is evaluated. The filming schedule will be reconfigured as needed in the coming weeks.”

Waller-Bridge joined the cast of Indiana Jones 5 as a co-lead in April. See the first look of her character below.

“I’m thrilled to be starting a new adventure, collaborating with a dream team of all-time great filmmakers,” said director James Mangold at the time.

“When you add Phoebe, a dazzling actor, brilliant creative voice and the chemistry she will undoubtedly bring to our set, I can’t help but feel as lucky as Indiana Jones himself.”

Several days later, Mads Mikkelsen was also confirmed to be joining the cast.

Meanwhile, Steven Spielberg is on board as an executive producer of the film; John Williams will be returning to the Indiana Jones franchise to write the score.

Kathleen Kennedy and Frank Marshall will be producing Indiana Jones 5, while Jonathan Kasdan has written the screenplay for the film.

Discussing the film at last year’s Disney’s Investor Day, Kennedy said it would be the “fifth and final” film in the series.