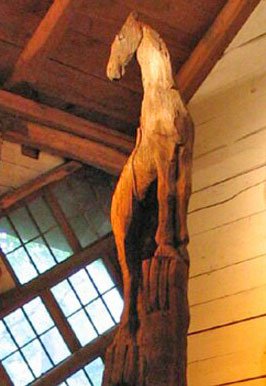 The Manhattan Chamber Players, as violist-leader Luke Fleming explained, comprises individuals who love small ensembles. How flexible and volatile an ensemble this is, said Fleming, is demonstrated by the fact that he was the only member from their recent recording of Mozart’s Quintet in G Minor, K. 516, who also performed the work at Maverick Concerts in Woodstock on August 1st.

This ensemble’s nature and practices constitute proof against complacency and stagnation. And in fact violinists Katie Kyun and Siwoo Kim, violists Fleming and Dana Kelley, and cellist Michael Katz shared a freshness of spirit that conveyed authentic enjoyment. They achieved as precise ensemble as you’d ever want to hear. The texture of Mozart’s opening Allegro sounded commendably light, but balances sometimes went off; in the second movement the first violinist tended to fade at the ends of phrases. For the most part the work moved along crisply but certain moments seemed rather static. In short, an admirable performance if not an ideal one.

More problems came in the concluding Quintet in G, Op. 111, by Brahms. Unlike Mozart, whose textures are always transparent, Brahms sometimes piled on thickness of sound. Players can compensate for this scoring, with a great deal of care. If I had been coaching this, I would have recommended that the violists and the cellist drop down at least one notch softer, since the sound was occasionally downright oversaturated and clotted. The Adagio showed admirably sensitivity, though, and considering how rarely we get to hear this Brahms live, I remain grateful.

These quintets surrounded what turned out to be the highlight of the afternoon for me: Libby Larson’s String Quartet No. 4, “Emergence.” I’ve always been favorably impressed with Larson, but I’d never heard this quartet before and it’s a stunner. The motoric quality of the opening “Radiant” set the tone for consistently stimulating and inventive music. Larson’s exploration of dissonance, in some movements, struck me as some of the most beautiful-sounding dissonance I’ve ever heard. When the Emergence suddenly turned into a folk song setting (the old Scottish song “The Water Is Wide”), I was amazed by the beauty and inventiveness of Larson’s approach. I don’t see any recording of it listed but I know I’ll manage to hear it again somehow. Apparently, the Manhattan Chamber Players learned the piece especially for the Maverick. They have my gratitude. My friend and I guessed this piece had lasted at least half an hour, but my stopwatch showed 22 minutes, demonstrating to me not that the music was boring but that it was very dense in content.

Next week the Tesla String Quartet, making its Maverick debut, brings us Haydn, Schubert (the great G Major Quartet), and Caroline Shaw. They also bring pianist Adam Tendler for a postlude, which includes Schubert, Stravinsky’s semi-impossible Three Scenes from Petrushka, and our first chance to hear music by the late Julius Eastman, a Black composer whose compositions seems only now to be discovered by general audiences.