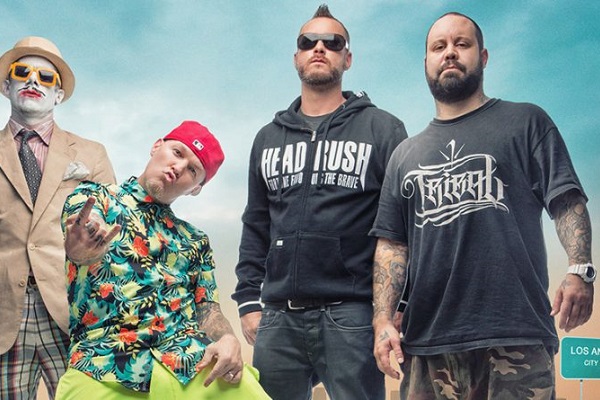 Fred Durst of Limp Bizkit is opening up about the band’s decision to pull the plug on their summer U.S. tour

Things in the live music world seem to be shutting down as soon as they opened up, as a bevy of artists are being forced to cancel tour dates and festival appearances due to the ongoing pandemic. Following a high-profile performance at Lollapalooza, Limp Bizkit were on a sold-out theater tour across North America, but the band pulled out over the weekend due to “an abundance of caution and concern for the safety of the band, crew and most of all the fans.”

Now, Fred Durst is elaborating on why Limp Bizkit canceled their U.S. tour, citing the pandemic a reason, but not getting too specific. After the band first pulled out of the run, rumors were circulating that guitarist Wes Borland had contracted COVID-19, but both Durst and Borland took to social media to discredit those rumors.

In a new statement given to Billboard, Durst stated, “In short, the system is still very flawed. Even if the performers, crews, staff, and promoters do their best to ensure safety on and behind the stage, that doesn’t ensure the safety of the audience as a whole. We are all in this together, and we all — individually and as a whole — have to make our best efforts to be as responsible and proactive as possible moving forward to combat and stop spreading COVID.”

Billboard asked Durst if there was one particular incident that forced the canceled tour, and Durst responded that it was “just perception” and that, “It’s one for all and all for one, or it’s just not going to work. I’m willing to do my part. Are you?”

This year’s Lollapalooza festival required attendees to either prove they were fully vaccinate or show a negative COVID-19 test before entering the grounds, and now, Bonnaroo and Milwaukee’s Summerfest are following suit. Another major festival, the New Orleans Jazz & Heritage Festival, has canceled its 2021 event due to Louisiana recently experiencing the highest COVID rate so far of the entire pandemic.

Limp Bizkit’s tour, dubbed the “Limited Last Minute Post Pandemic Popup Party,” was scheduled to close out Aug. 24 in Los Angeles. The group pulled out of their show last Friday night (Aug. 6) in Asbury Park, New Jersey, with only a few hours to go until they were scheduled to take the stage and announced the full tour cancelation the next day.

At Lollapalooza, Limp Bizkit debuted a new song called “Dad Vibes,” and Durst sported a “dad” look that got attention. The band is expected to release a studio version of the song later this year.