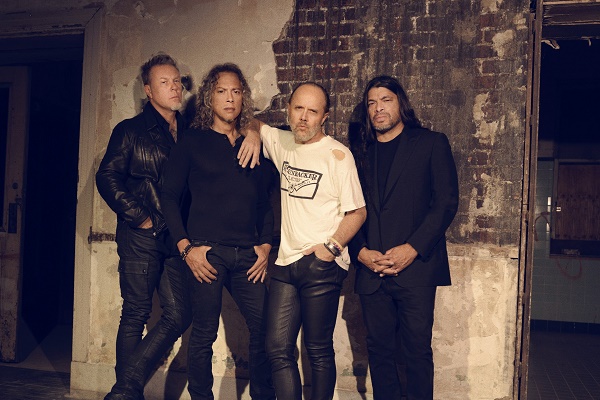 What do you do when you’re one of the biggest bands in the world and are coming up on the 30th anniversary of what’s considered your seminal breakthrough record? If you’re Metallica, you celebrate with a enormous reissue package, which is exactly what they’re doing to honor “The Black Album.”

Metallica have a reissue of the legendary set featuring covers from a whopping 53 artists. Weezer, Volbeat, Elton John, Corey Taylor, Ghost, Royal Blood, Miley Cyrus and more appear on the set, covering everything from classic Metallica tracks to lesser-known songs.

The new album, dubbed “Blacklist, will arrive with a remastered edition of the band’s original “Black Album” on Sept. 10 via Blackened Recordings.

“With contributions from countries all over the globe from the U.S. to Nigeria, there are tracks from singer-songwriters, country artists, electronic, and hip-hop artists alongside punk rockers, indie darlings, icons of rock, metal, world music, and many, many more covering the entire spectrum from musicians we’ve shared the stage with, to some who were not even born yet when the original album was released!” Metallica said in a joint statement.

What makes this release extra special is that 100 percent of the profits from the reissue will go to charity, divided between Metallica’s All Within My Hands Foundation and specific charities selected by all the guest artists.

“In addition to raising money for charity, we wanted to show that Metallica’s music transcends genres, distance, and cultures, and we like to think that – with everyone’s help – we’ve done just that,” Metallica said. “It was important to us that the artists could choose whichever song they most connected to; it didn’t matter if we already had multiple versions of a song, if an artist wanted to cover that song, so be it. We were honored to have artists of this caliber want to be a part of the project and we hope you enjoy listening as much as we enjoyed putting it all together!”

Watch a teaser videos for “Blacklist” below. For more information and to pre-order “Blacklist,” visit Metallica’s website. Metallica are also offering a “Black Album” version of their Blackened Whiskey, which is available for a limited run.