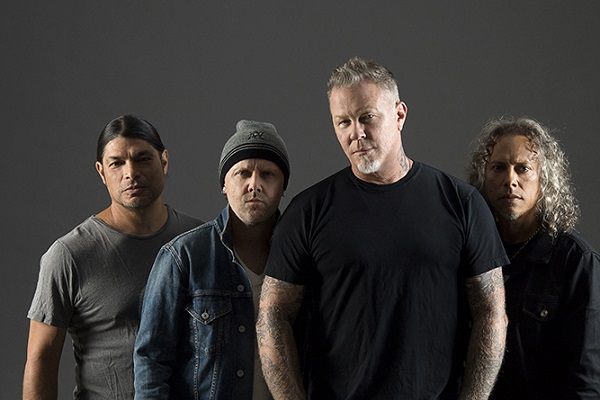 Metallica crafted their latest round of Blackened Whiskey to the sound of their classic 1991 record, “The Black Album”

Metallica are known for their blistering metal music, but they also have a very popular whiskey called Blackened Whiskey. Now, that whiskey offering is getting the “Black Album” treatment.

Blackened Whiskey is crafted using the so-called “Black Noise” method, in which Metallica songs are cranked loud and proud during the distilling process. According to the band, the low-frequency sound waves of Metallica’s songs help mold and change the flavor of the whiskey to make it something truly special.

When crafting the newest round of Blackened Whiskey, the “Black Noise” songs consisted solely of tunes off Metallica’s iconic 1991 self-titled album, affectionately referred to as “The Black Album.”

“So many things changed for us externally after The Black Album release,” frontman James Hetfield said in a statement. “The perception of the importance of Metallica changed greatly. Obviously with songs like ‘Sandman,’ ‘Unforgiven,’ ‘Nothing Else Matters,’ becoming embraced by a lot of the world, we became a household name. It changed our lives and hopefully helped the world connect.”

In other news, Metallica pass the 30th anniversary of “The Black Album” on Aug. 12, 2021. The band has been teasing something surrounding the seminal album on social media, including posts using the hashtag #BlackAlbum2021. The activity has lead to speculation that Metallica have a major 30th anniversary announcement in the works, such as a tour or special reissue package. This band is also slated to perform at several festivals in 2021, including Louder than Life in Louisville, Kentucky, in September and Aftershock in Sacramento, California in October. For the band’s upcoming tour roster, visit Metallica’s website.