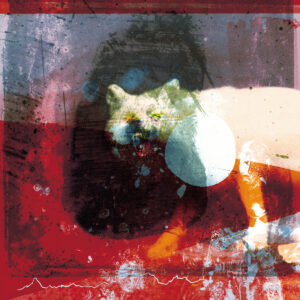 As the Love Continues

On February 26th, twenty-five years into their recording career, Mogwai hit #1 on the UK charts. The band’s two previous full length releases were in the Top 10 in the UK, but the success of As the Love Continues, their tenth album, is remarkable.

Known for a live act that is one of the loudest in history, Mogwai retains a musicality that often hews close to the shaping of post-rock, with varied textures supplied both by synthesizers and electric guitars replete with pedals. The looping melody of “Dry Fantasy” evinces minimalist sympathies, as does “Here We, Here We, Here We Go Forever,” the latter combining a looping chordal ostinato with drums supplying one of the more danceable grooves in the band’s catalog.

Vocals treated with vocoder appear on a couple tracks, and the album opens with a spoken word excerpt – Benjamin John Power (Blanck Mass) apparently speaking in his sleep – that also serves as the song’s curious title, “To the Bin My Friend, Tonight We Vacate Earth.” What follows seems to emanate from a dreamstate, with heartbeat drums and haloing of harmonics giving way to overlapping melodies for synth-piano and guitar that provide a slow burn prior to one of the band’s patented anthemic choruses. Mogwai often gives their music enigmatic titles. The track “Ritchie Sacramento” was inspired by a record store clerk’s mishearing of Ryuichi Sakamoto. However, the piece, the only one with non-modified vocals, is more somber than this pun would suggest, referencing grief, not just for the COVID year, but for departed musician friends, among them David Berman.

Some emphases have changed, and As the Love Continues shows the band savoring a temperament for exploration. But Mogwai still makes thunderous rock. “Ceiling Granny” is inspired by a scene from The Exorcist, and the terror that Braithwaite experienced upon viewing it is translated into roaring guitars and triple forte drumming.

Listen to an interview with Stuart Braithwaite and some live performances below.