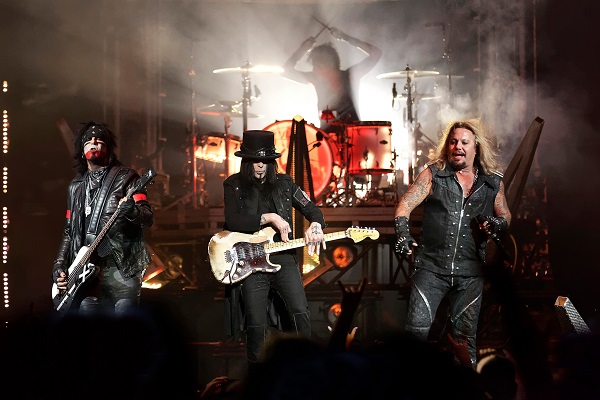 Nikki Sixx is back with his third book, “The First 21: How I Became Nikki Sixx,” covering his life pre-Motley Crue

Nikki Sixx is no stranger to book writing and publishing, and now, the Motley Crue bass player has announced his next book. The memoir, named “The First 21: How I Became Nikki Sixx,” will arrive Oct. 19 via Hachette Books and feature tales from Sixx’s first 21 years of live, before the Crue came into the picture.

“You’ve heard the tales of excess and debauchery,” Sixx said in a statement. “All the peaks and the valleys that came with rock and roll stardom and my life in one of the world’s biggest bands. This is the story that you haven’t heard. The one that led up to those stories.”

He added, “It’s the intimate, personal story of how an innocent Idaho farm boy with a burning dream and desire — for music, for love, and for fame — became the notorious Nikki Sixx. I believe our first twenty-one years have a lot to do with shaping who we become. These are my first twenty-one, and it’s my hope that they thrill and inspire you to invest in your own, biggest dreams.”

An official description from the publisher states, “Born Franklin Carlton Feranna on December 11, 1958, young Frankie was abandoned by his father and partly raised by his mother, a woman who was ahead of her time in some ways and deeply troubled in others.” Frankie moved in with his grandparents and moved from farm to farm and state to state, and “He was an all-American kid — hunting, fishing, chasing girls, and playing football — but underneath it all, there was a burning desire for more, and that more was music. He eventually took a Greyhound bound for Hollywood.”

“The First 21” marks Sixx’s third book. He released “The Heroin Diaries” in 2007 and followed that up with “This Is Gonna Hurt” in 2011. He also co-wrote the famed 2001 Motley Crue autobiography “The Dirt,” which spawned the 2019 movie of the same name, chronicling the band’s rise to fame. “The First 21” is available for pre-order on Amazon here.

In other news, Motley Crue’s upcoming tour with Def Leppard, Poison and Joan Jett and the Blackhearts has been postponed to 2022. New date will kick of June 2022 in Atlanta, Georgia, and run though September.