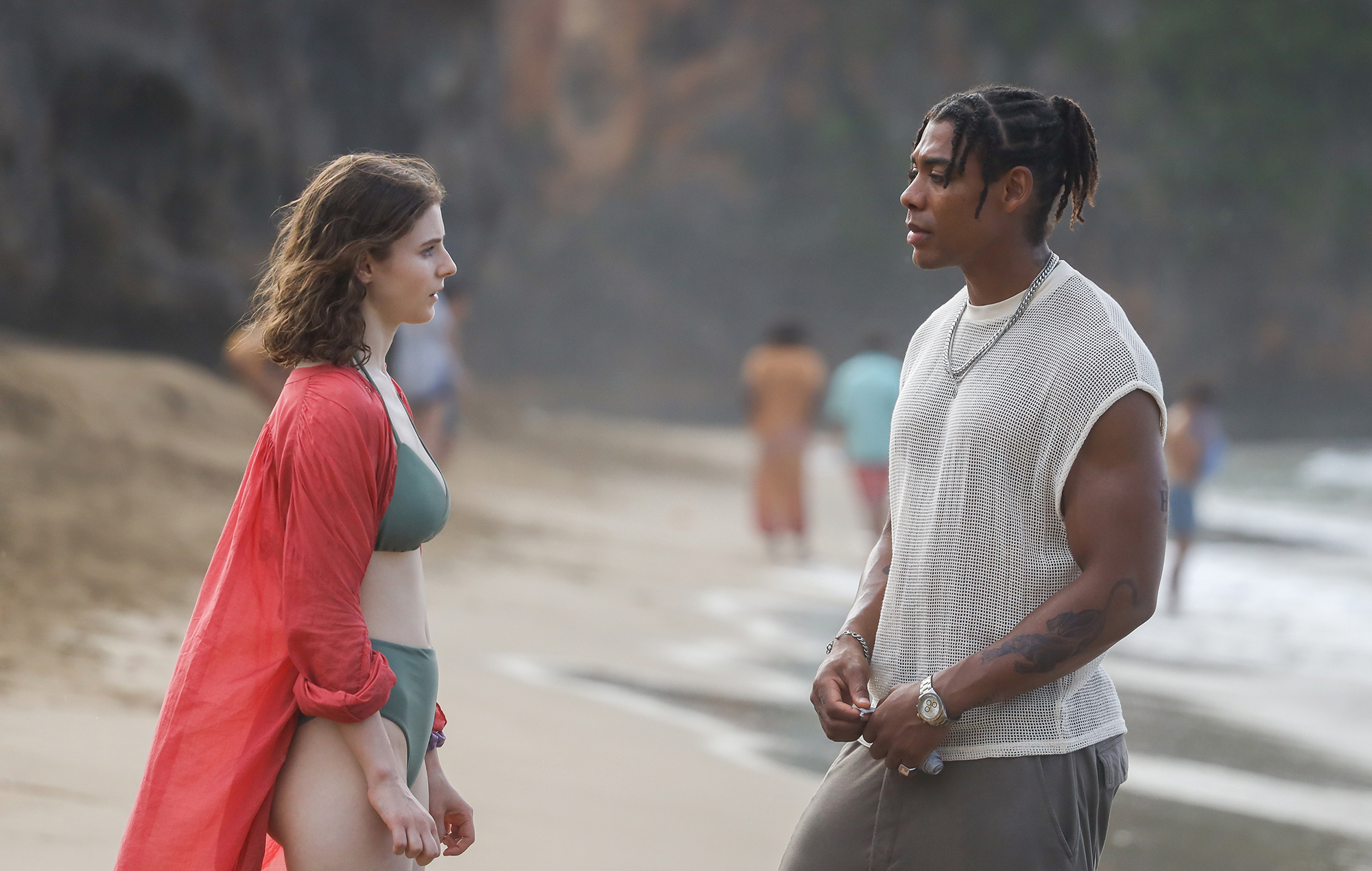 Old begins with middle class couple Guy (Gael García Bernal) and Prisca (Vicky Krieps) arriving at a tropical beach resort with their two kids, 11-year-old Maddox (Alexa Swinton) and six-year-old Trent (Nolan River). A smiling hostess greets them with cocktails made according to their personal taste preferences – an early clue that this place is too good to be true. At breakfast the next day, the resort’s smooth-talking manager (Gustaf Hammarsten) offers them a special excursion to a secret beach that only his “favourite guests” ever hear about. Flattered and intrigued, they say yes straight away.

Because the trip was sold to them as super-exclusive, Guy and Prisca are surprised to find themselves joined by another family: uptight British doctor Charles (Rufus Sewell), his vapid wife Chrystal (Abbey Lee), elderly mother Agnes (Kathleen Chalfant), and six-year-old daughter Kara (Kyle Bailey). But for us, the alarm bells sound when we realise who’s driving them to the beach: M. Night Shyamalan, inventive director of The Sixth Sense and Split, who’s cultivated a Hitchcock-like penchant for popping up in his own films. And sure enough, at this point Old becomes very freaky indeed.

After the dead body of a young woman washes up on shore, Charles accuses a man already on the beach, who had been with her at the resort – of foul play. According to Maddox, he is a famous rapper called Mid-Sized Sedan (Aaron Pierre), a somewhat gimmicky piece of characterisation that Shyamalan never really justifies. Anyway, soon after this shocking event, Charles’ mother suddenly dies and the three children have inexplicable growth spurts. Six-year-olds Trent and Kara now seem to be about 11, while 11-year-old Maddox looks about 15. Pooling their resources, the group deduces that something on the beach is causing them to age at breakneck speed.

It’s an ingenious premise – inspired by Pierre Oscar Levy and Frederik Peeters’ graphic novel Sandcastle – perfectly primed for a horror movie. After all, what’s scarier than being forced to confront the ticking clock of your own mortality? But though Shyamalan develops it cleverly and with impressive attention to detail – no one is on this beach by accident – Old doesn’t mature into one of his best efforts. Because the director stuffs the film with too many underwritten characters, including slightly later arrivals Patricia (Nikki Amuka-Bird) and Jarin (Ken Leung), there’s not enough time to connect with them before the rapid ageing process plays out. A heavy insinuation that Charles might be an abhorrent racist isn’t developed properly, while Bernal’s central performance is simply too phoned-in to provide an emotional linchpin.

Still, there’s no denying that Old delivers some genuinely grotesque shocks while keeping us gripped to the finish. Because this is a Shyamalan film, it’s surely no spoiler to point out that there’s an elegant twist coming. So if you have time on your hands, unlike this film’s characters, Old does enough to justify its 108-minute runtime.