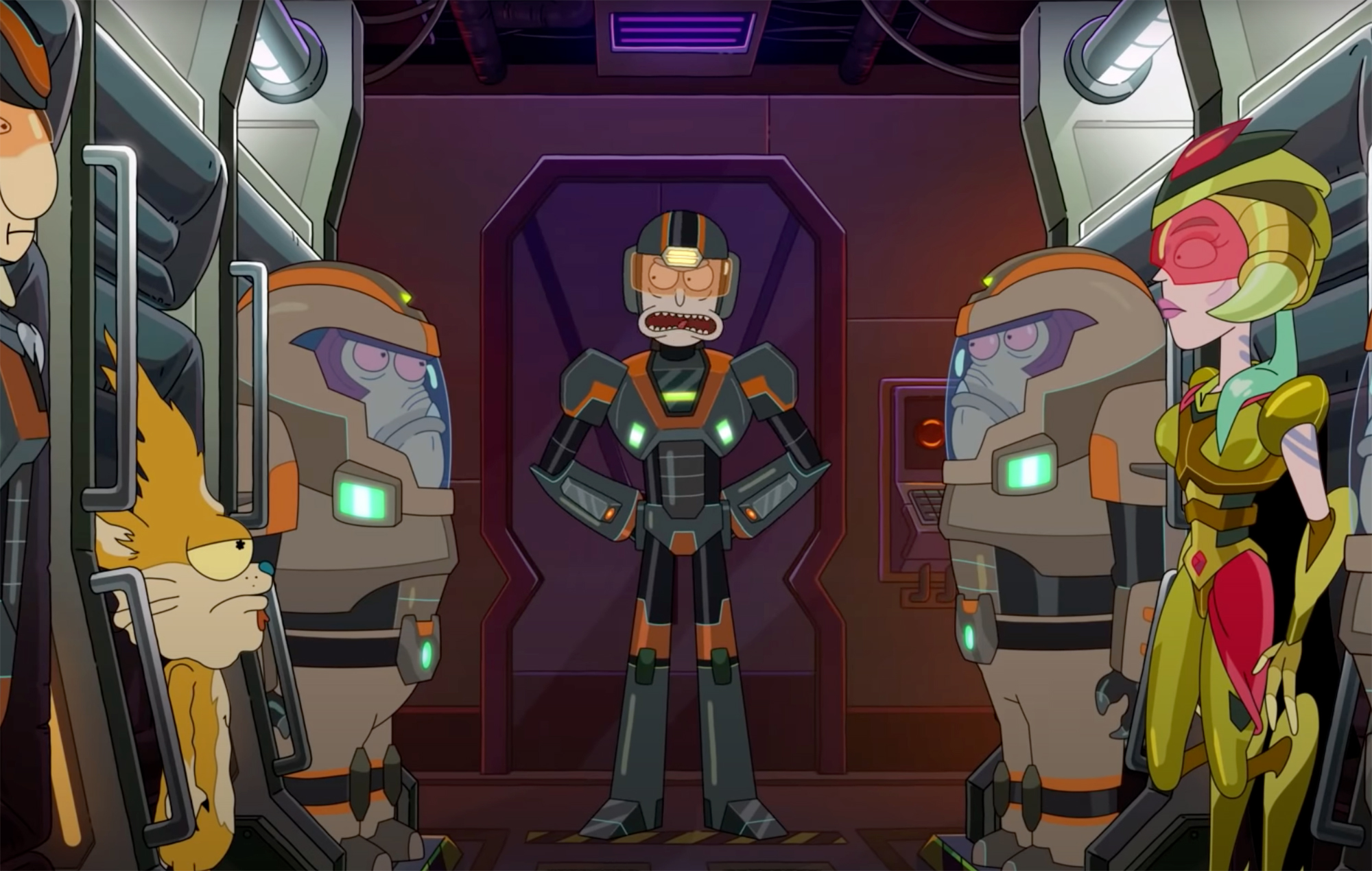 Wubba lubba dub-dub, there’s a lot going on this week. Deep cuts, the return of some of the series’ best ever characters, and a procession of reveals that answer many of the questions that Rick and Morty fans have long yearned for. Strap yourself in!

We begin with Rick being left home alone by the Smiths. They leave, he goes into his garage, pours himself a drink and activates the ‘Best Friend Rejuvenation Sequence’. The half-dead cybernetic Phoenixperson is revealed, and Rick goes to work on removing his friend’s mechanic parts. He attempts to revive Birdperson but finds that his conscious mind is hiding deep inside his unconscious mind. Rick being Rick, he hooks himself up to Birdperson and enters his friend’s subconscious (while the garage’s AI offers to suck him off, obviously).

Truth be told, this isn’t an episode that is concerned with narrative, so we’re going to conclude the plot synopsis here by saying that by the episode end, Rick revives Birdperson (though they’re no longer friends), and instead focus on the many reveals that the episode delivers. Many of the incidents referred to in previous episodes are fleshed out here. We knew about ‘The Battle Of Blood Ridge’, but we’d never seen it before. We know Birdperson and Tammy hooked up at the Smith house, but we didn’t know that Tammy and Birdperson fucked on Rick’s workbench while Squanchy squanched in a cupboard. And we knew about Rick, Birdperson and Squanchy’s rock band, The Flesh Curtains, but here we finally see them perform.

And so we learn that Beth – the real Beth – is dead. Of course, we knew that. Sort of. We certainly suspected it. ‘The Rickshank Redemption’, the opening episode of season three, delivered an image of young Beth and Diane being killed by a bomb being dropped through a portal. At the time Rick dismissed this origin story as being “completely fabricated”. But this was a defence mechanism! Since Rick is in Birdperson’s mind, we can trust what we see here, right? When Rick meets a younger version of himself – disgusted at how his older self has turned out, let’s call this Rick Memory Rick, by the way – his younger self exclaims; “You’re one of those creeps who moves in with abandoned adult Beths? You live with a version of our dead daughter.” And so Rick has been travailing the multiverse, dipping in and out of variant Smith families. It’s the saddest moment in the show to date.

It also tells us more about Rick than the show has let us in on before. Rick believes that existence is pointless, no? Well, he sure spends a lot of time with his family for such an ardent nihilist. We don’t learn anything else about Rick’s deceased wife Diane by the way, but perhaps we’re inching closer to some reveal. Later we also learn that Birdperson and Tammy have a child. In the post-credits scene, we’re told that said child is imprisoned by The Federation (though the unnamed offspring has no problem handling herself when she’s bullied in jail).

Adult Swim have just revealed that the season five finale is set to be a two-parter. This has been a strange series – enjoyable and smart, but uneven, and the less said about those killer sperm the better. ‘Rickternal Friendshine of the Spotless Mort’ is all of those things. We’re excited to see what happens next. Are you? Course you are.

Our favourite elements of Rick and Morty are when it takes its time to expand on central characters. It’s at those moments that the show reveals itself to be much more than a weird continuation of Family Guy or The Simpsons. Sure, it can do satire and social commentary, but it’s a drama too. Consider the season-long separation of Beth and Jerry or the development of Summer from apparent afterthought to one of the show’s most important cogs. At the start of season five, it looked like we would see more of this. That never happened really. Giant, razor-toothed sperm and turkey marines did. And yet when the garage AI questions why Rick doesn’t seek out a variant Birdperson to replace the dead Birdperson, and Rick instead insists that he wants the “real” version of his friend? That’s the Rick and Morty we fell in love with.

Nice to see you again!

Not only do we see a young Gearhead, the Gromflomites and Tammy (who we learn is actually called Tamantha!) in this episode, but there’s also an early doors reference to Pickle Rick. It’s Rick acknowledging that he doesn’t quite know what mayhem will transpire when he’s left home alone without Morty and the Smiths.

The journey inside Birdperson recalls Inception (and given Dan Harmon/Justin Roiland’s age, probably 1987 Dennis Quaid vehicle Innerspace too). There are the usual nods to Star Wars and Halo – is it just us or does Memory Rick dress an awful lot like Han Solo? But the episode (and title) are obviously a reference to excellent 2004 science-fiction memory-based rom-com Eternal Sunshine Of The Spotless Mind. That film’s writer, Charlie Kaufman even gets a (sardonic, very Rick) shout out.

This is real blink and you’ll miss it stuff, but in a picture frame in young Rick’s bedroom, you can just about see – for the first time – what Rick’s mother and father looked like!

‘Rick and Morty’ season five is streaming now on All4