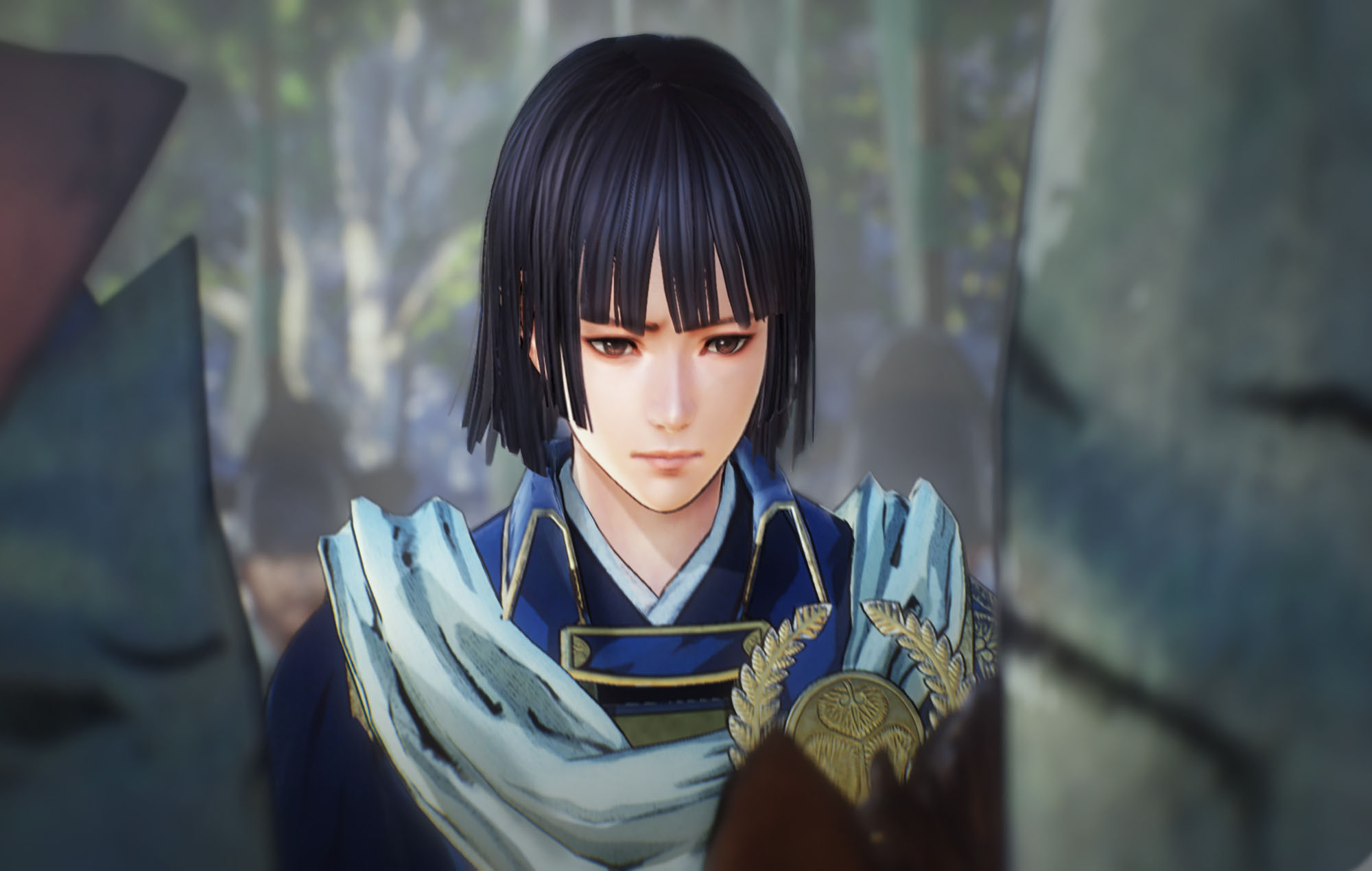 When I was younger I would play Dynasty Warriors, by which I mean I would sit and mash buttons and be thrilled by the clanking and jangling sounds of a sword making contact with armour. In between each chaotic battle I’d be rewarded with historical knowledge which proved a useful folly against adult disapproval. Safe to say, the Warriors series has a special place in my heart, but I can’t help feeling there’s only so much they can offer in their endless titles.

Evidently, this is a sentiment at least partially shared by Koei Tecmo, who has delivered a consciously streamlined effort in Samurai Warriors 5. The majority of people going after this game will no doubt be fans of the series who want another hack-and-slash experience with a sprinkling of historical flavour, and this particular edition makes it easy to jump straight in.

The result is a more focused game, with a compact storyline and tighter progression options than some of the more sprawling predecessors. Although there are many characters to choose from (and learn about), Samurai Warriors 5 does have a tendency to guide players in the direction of one or two individuals for the big important battles. As a result, it feels like a smooth progression through the game is more of a priority than a diverse range of play experiences. Personally, I liked the change, but I can see how this might be a disappointment to some fans who have come to expect intense personalisation from their Warriors experiences.

Still, for returning fans or the Musou novice, I genuinely believe this may be the easiest game in the franchise to settle into. That charming simplicity of hack-and-slash gameplay is left relatively unmarred by complex choices or a need for historical context. It is, put simply, less overwhelming than some of the other games in the series. If you want to delve into the stories and personas of each character, there is plenty of scope to do so, but the focus here remains on beating the living crap out of the oncoming hordes. And that isn’t a bad thing.

Turning my attention to the more technical side of things, Samurai Warriors 5 is far from the most polished of games in some respects – but in others, it stands out from the Musou crowd. Characters will get stuck with alarming frequency, clipping in and out of walls with a clear disdain for the laws of physics, sometimes teleporting slightly and leaving you wondering what button you’d pressed that could have resulted in a time warp in Feudal Japan. It does nothing to impact gameplay, but it can be a little distracting.

On the other hand, wow. Have you seen this game? Samurai Warriors 5 has had what I like to call an “affectionate overhaul” in which the heart and soul of it stays the same but the strengths are enhanced and allowed to flourish. The gorgeous paint-and-ink art style really steals the show, creating emotion and fluidity of movement that sorely needed an update as a staple feature of the series.

As usual, tactics are sort of optional, with the ability to train fighters using your Castle to build an army the way you see fit. The player can visit the Blacksmith, Shop, and Stables to acquire gear and skills, none of which make much of a difference until a high enough level is reached. It would, I believe, be entirely possible to bypass this area of the game almost entirely. Likewise with combos – yes, you can learn hundreds of different move sets and optimise your gameplay – or you can just smash some buttons and hope for the best. Either way, you’re probably going to wind up finishing the game.

The lovely juxtaposition between sedate and orchestral cinematics, and aggressive high-stakes fighting is as present as ever, keeping the action flowing and alleviating some of the pressure now and then. Unfortunately, so much of this comes down to personal taste, and after countless games there is very little the developers could have done to spice up an essentially formulaic series. I found it calming, like slipping back into an old pair of shoes, but I can see for some this may be a little too much of a good thing. Whether you find it comforting or repetitive, however, there is no doubt that Samurai Warriors 5 has taken some chances on upgrading the experience for both new and old players.

In order for the game to really come into its own, it does require a bit of patience. A quick dip in and out may not provide a particularly rewarding experience, but given time, the weird and wonderful unlockables begin to surface. Fancy taking out an enemy with an origami bird that harnesses the power of ice? How about whacking a drum that uses soundwaves to K.O. your enemy and send them flying? Obviously you can use historically accurate weaponry, but why on earth would you?

Tough choices have clearly been made with combat, meddling with the tried-and-tested system to provide something a little more complex. Fortunately, it does seem to work, offering a little flavour to what can sometimes be a bit of a slog. Hyper Attacks are back, flinging enemies all over the map, and Ultimate Skills are utilised to build fighting profiles for your character. Each character can combine a unique set of four Ultimate Skills to best fit their weaponry and attack style, which can prove useful in the heat of a boss battle.

There are enough of these updates to make the overall experience a positive one, the beautifully upgraded graphics and streamlined progression making for a smoother finish. Fans or newcomers looking for depth are unlikely to find it here, but Samurai Warriors 5 is almost a “best of” compilation of what these games do so well. Straight forward and unpretentious, this latest offering in the franchise will probably have something to appeal to most – whether seasoned player or completely new – but may wear thin faster than some of the more detailed predecessors.

Occasionally repetitive and devoid of much of a challenge, the comfort of clattering armour and the triumph of battle in Samurai Warriors 5 nonetheless never ceases to appeal. This game has plenty of what the series does best – history, wackiness, pacing, and violence – but doesn’t offer much more than that. Frankly, if you like games with names like Samurai Warriors 5, this one is probably still for you.