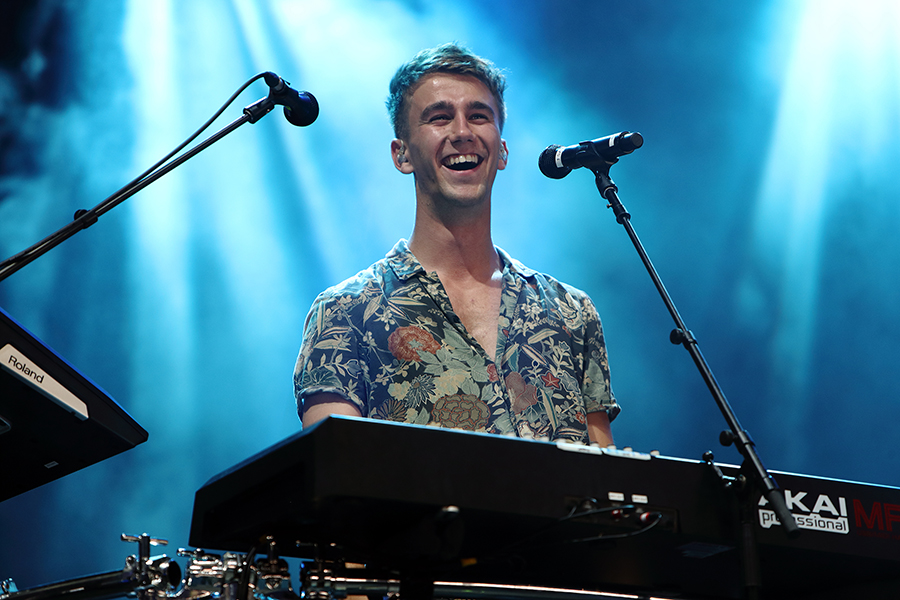 Tied tight in little strings of paradise comes an SG-orchestrated edit of the Bee Gees‘ “More Than A Woman.” Nearly six minutes in length, the Brit’s take on the 1977 classic is as close to the celestial that one can get in sonic form. Proclaiming his desire to “take the love and euphoria of the original and place it in the context of the dance floor whilst keeping the original very much intact,” SG Lewis tastefully extends “More Than A Woman” in a breezy, strings-indulgent fashion. It’s ample reason to temporarily stop rinsing his debut album, times, which arrived in mid-February as a concept-guided love letter to the present moment. On times‘ February 19 due date, Dancing Astronaut asserted that the LP testified to SG Lewis’ status as “one of the sharpest talents of modern times.” Four months later, SG’s reimagination of “More Than A Woman” reaffirms it.

“Making this edit made me dream of the post-pandemic dance floors that are within touching distance now, and I hope that it can soundtrack a few of them as we come together to dance one again,” SG said, adding, “I’m told that I’m the first person to be asked to officially remix the track and be given the stems, which is absolutely mind-blowing.” SG Lewis’ “Paradise Edit” is pure bliss, and it’s available for your listening pleasure below.