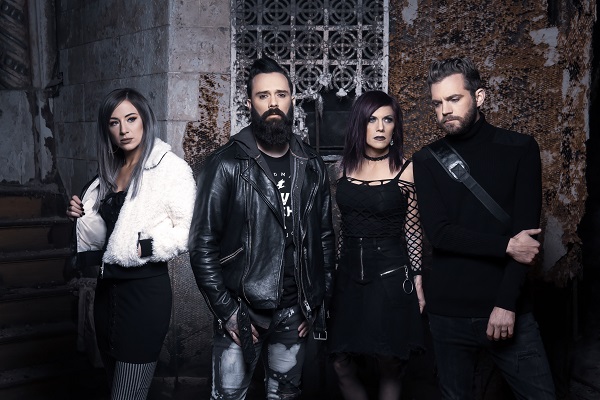 This fall is shaping up to be a big one for U.S. tours, and Skillet just added their run to the tally with support from Adelitas Way

Christian rockers Skillet have kept busy doing drive-in and socially distanced shows, but now, the band has a traditional, full-fledged tour on the way. The band just announced a new leg of “The Aftermath Tour” that will kick off in September.

On the tour, which features support from Adelitas Way, begins Sept. 12 in Chicago at the House of Blues and stays stead through an Oct. 22 in St. Louis, Missouri, at The Pageant. In addition to the headlining tour dates, Skillet have a handful of festival appearances slated for this fall.

“We’re back and ready to rock! The Aftermath Tour with special guests Adelitas Way is coming to a city near you this fall,” Skillet announced on social media.

Skillet are touring behind their latest studio album, 2019’s “Victorious.” Speaking with Audio Ink Radio, Skillet frontman John Cooper explained that the album’s title just felt right. “You put everything into it, and all the songs are personal to you, but you don’t know which to choose, so your producer or label helps. When you listen to the record, you go, here’s my record. When I listened to all 12 songs together– this album feels very inspiring, and “Victorious” felt like the right title to me.”

Tickets for the newly announced shows are currently on sale. View the full list of tour dates below, and find additional information on Skillet’s website.