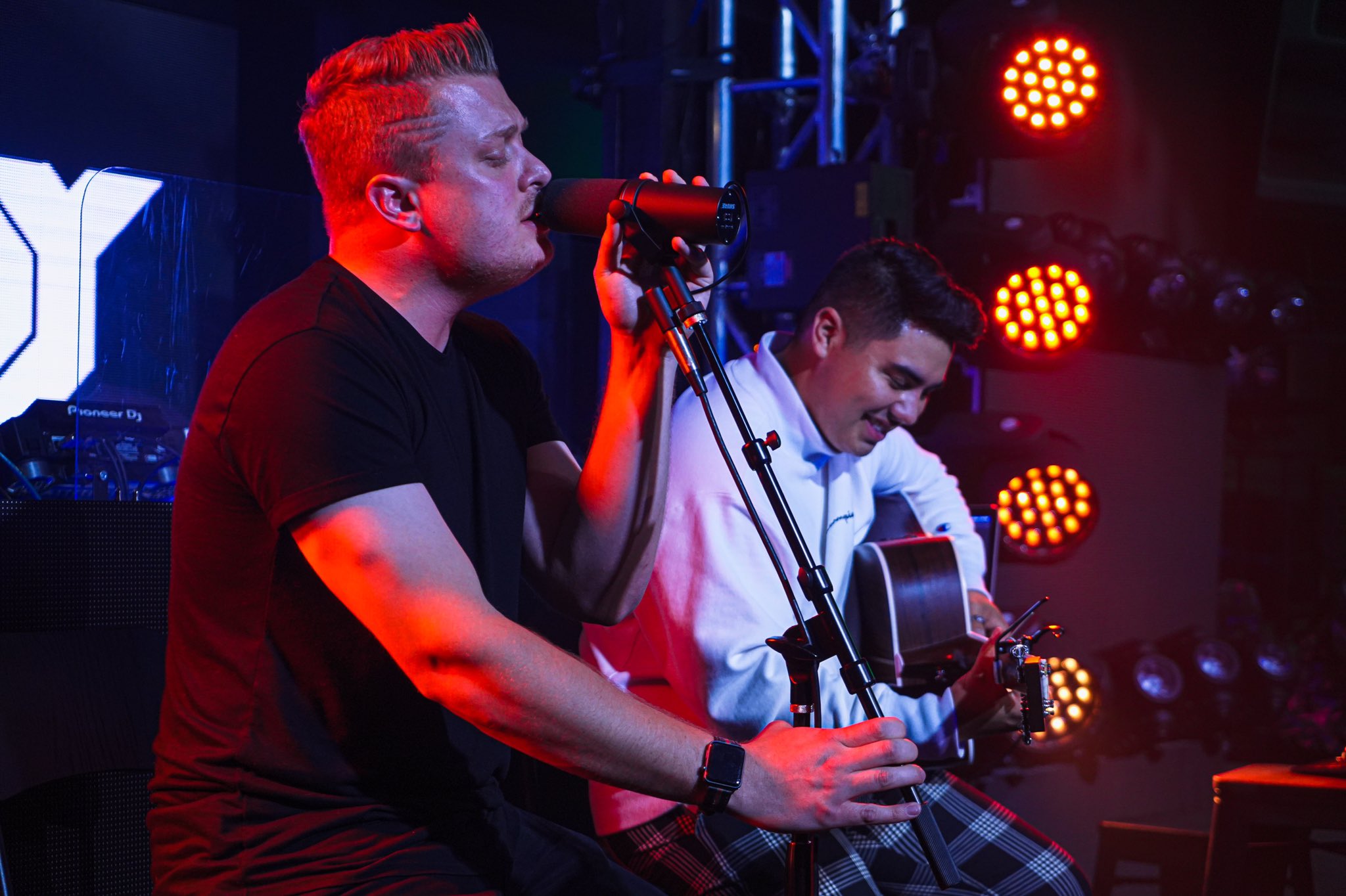 Supernovas is a recurring Dancing Astronaut feature dedicated to vocalists in the dance space who, with their own idiosyncratic vocal signatures and unique lyrical perspectives, have played pivotal roles in bringing electronic records to life. Each installment in the monthly series spotlights one vocalist. The serial continues with Supernovas 007: Amidy.

“I started as just a producer, not even singing on my tracks because I hated hearing myself.”

Rewind five years, and Amidy‘s enrollment to Icon Collective was complete. The choice between remaining the lead singer—however ironically—of the alternative rock band that’s now synonymous with his early sonic roots had been made. In Burbank, California, Amidy’s boundaries would be pushed and his sound, found.

“It wasn’t until I went to Icon Collective that I started to find my sound. As I went there, they pushed me out of my comfort zone with singing and that’s when I found I liked telling the story in my music through both the production and vocals,” the producer/singer-songwriter said in an interview with Dancing Astronaut.

Following his graduation from the music production school in 2016, Amidy—born Noel Atkins—has used music as a narrative medium, and akin to the author of a novel who writes from the vantage points of all the text’s characters, he’s grown accustomed to taking on different perspectives throughout the scripting process, specifically those of the producer, the DJ, and the singer-songwriter. Rarely do these roles belong to the same creative, in the dance industry, at least, and Amidy acknowledges that his ready ability to simultaneously don all of these hats can disorient those who are unaware of his versatility:

“Regarding me as a vocalist, I know it’s not usual for a producer to also be a singer-songwriter. It can be confusing, especially in the dance music realm, because most of the time when you see someone credited as an artist versus a feature on a track, you expect them to be just the producer of the song. But for me, I am usually producing the track, writing it, and singing on it.”

Although Amidy says he “intends to sing on pretty much every track” he works on moving forward, in a clear contrast with his pre-Icon Collective days, many members of his following did not realize that he lends his voice to his productions until the advent of “Shadows” in late April. The joint project with “Island” and “Another Me” collaborators Seven Lions and Wooli won Amidy praise for—and some surprise at—his vocal presence. “Shadows,” which premiered during Wooli’s January 15 Park ‘N Rave set, later begot an acoustic reconfiguration that, by stripping away the song’s main stage-suited technics, sat Amidy’s vocals center-stage. Gone was any wonder that Amidy was playing the part of vocalist; in its place was wonder at his panoramic range of creative capability.

In the context of Dancing Astronaut‘s Supernovas series, which has profiled Dylan Matthew, RUNN, Jonathan Mendelsohn, HALIENE, John Martin, and KARRA to date, Amidy is one of the singer-songwriters most concurrently focused on production among those profiled. This unique synergy of skills allows him to craft lyrics that closely correspond with the emotion and general feeling that he seeks to evoke in his music.

This takes some of the subjectiveness and the potential for misinterpretation and/or miscommunication out of the sonic equation:

“Normally, for producers who don’t sing or write, it is very hard to convey to a singer exactly what you want them to do lyrically or the vibe that you want. You may tell them one thing but they could read it a totally different way. With me, I don’t have to mind read. I already know what I want to do with the song and what story I want to tell, and that goes both ways. When I write a vocal, I know exactly how I want to convey the story production-wise.”

These are clear pros, but he’s candid as he confesses that assuming the position of the producer and the singer-songwriter can have its complexities. As to be expected, it can make the process more laborious and time-consuming, what with the writing, recording, singing, and vocal editing that naturally accompany tasks related to production. Sure, it “would be a lot easier” if he “just produced,” he mused, but he’s the first to tell you that he wouldn’t be nearly “as fulfilled” if that were the case. “I love producing but I also really love singing and telling a story,” he affirmed.

Of late, Amidy’s been singing and telling stories, though these narratives have yet to bend the public’s ear. He’s spent the year working on “a ton of personal songs and collaborations,” some of which have aligned him with “big names [he’s] dreamt of collaborating with ever since [he] started producing.”

His listeners can expect to hear him flexing his vocal chops on the grand majority of this unreleased music, soon to come. “There is only one track out of the very many that I have in the works that does not have me singing on it,” he told Dancing Astronaut.

What will rush out of these floodgates will warrant pre-saves, but Amidy’s streamers won’t be sitting idly in silence until then. He recently released his very first EP, the Sancturary EP, on SLANDER’s Heaven Sent. In addition to laying claim to some songs that Amidy classifies as “very unique and special” to him, the Sanctuary EP notably features a duet with fellow Supernova, KARRA (“Where My Heart Goes”). The project’s title track finds Amidy aligning with Awakend, “a sick producer doing lots of awesome stuff,” meanwhile the closer, “The Worst Of You,” sees his “emotional sad boy coming out.”

In between putting pen to paper, mouth to microphone, and fingers to keys and other production essentials to continue his steady stream of new music, which most recently resulted in the release of the Outwild-assisted “Satellite,” Amidy wrote a fictional story to accompany his Sanctuary EP. “I am super excited for that to come out,” he exclaimed.

He also took to the Lost Lands stage—and to Dancing Astronaut‘s Instagram story for a takeover—on September 25. At Excision’s Ohio event, which marked Amidy’s first festival performance, the “Closer Than You” co-creator juggled DJing and singing to “bring a little more live performance to the dance music scene.” In the months and years to come, Amidy’s “FAMIDY” can expect him to continue doing just that—with heart and the layered perspective of a DJ/producer/singer-songwriter.

Stream Amidy’s hand-curated Supernovas playlist featuring 10 of his songs below.