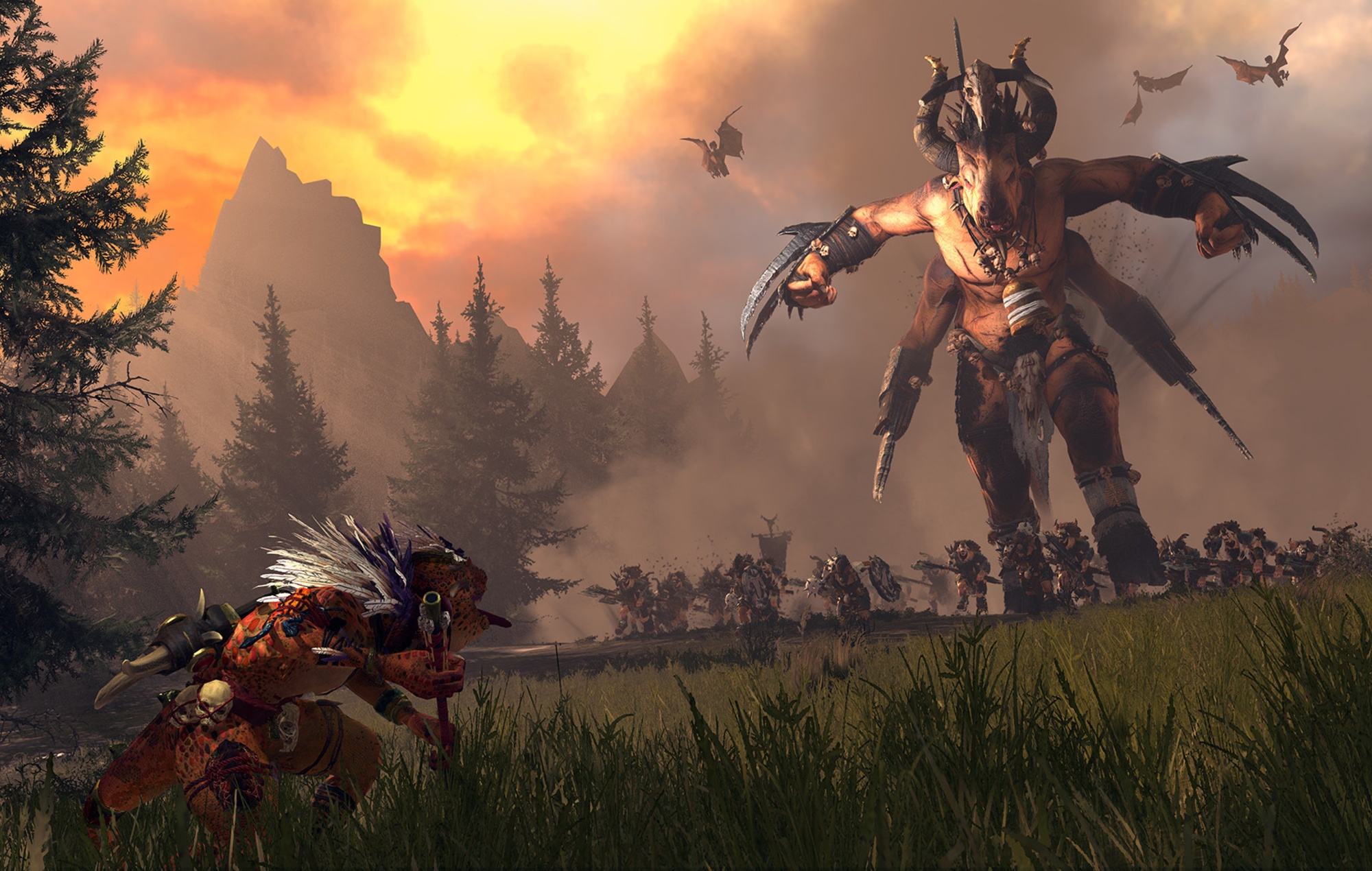 Creative Assembly has shared further details on what Beastmen fans can expect from the upcoming faction overhaul which will release alongside The Silence And The Fury, the latest DLC for Total War: Warhammer II.

Ahead of The Silence And The Fury, a blog posted yesterday (July 9) has shared details on what changes and new features will be coming to the long-neglected Beastmen faction.

As well as a deep dive into the DLC roster, the blog reveals a complete overhaul to the Beastmen faction, which will be free for all existing owners of the original Beastmen DLC.

The faction has received a large overhaul to the horde system, which was causing problems when the Beastmen were often forced to play on the back foot in order to survive.

Now, players will have the option to set up Herdstones in any abandoned town on the map – though as the blog notes, players may need to give any inhabitants a helpful nudge toward the door to make it empty.

These Herdstones will come with surrounding Bloodgrounds, which players will be rewarded for razing settlements and defeating armies within. This will increase devastation in the area, which in turn can be channelled into a Ritual Of Ruin Herdstone to progress the campaign.

In a departure from most other factions, Beastmen will enjoy zero upkeep on maintaining their army. This comes at the cost of all-new unit caps, limiting which units – and how many – a player can maintain at once.

In general, acting as a Beastmen army – namely killing, burning and destroying – will reward Dread, a currency that can be spent on upgrades ranging from unit cap increases to new Legendary Lords and other buffs.

The blog also shares details on many of the new units in The Silence And The Fury, which was revealed in a violent trailer depicting a battle between Legendary Lords Taurox and Oxyotl.

In other fantasy news, Patch 5 for Baldur’s Gate III will allow players to disarm and knock out enemies, along with changes to the camp system and dice rolling.